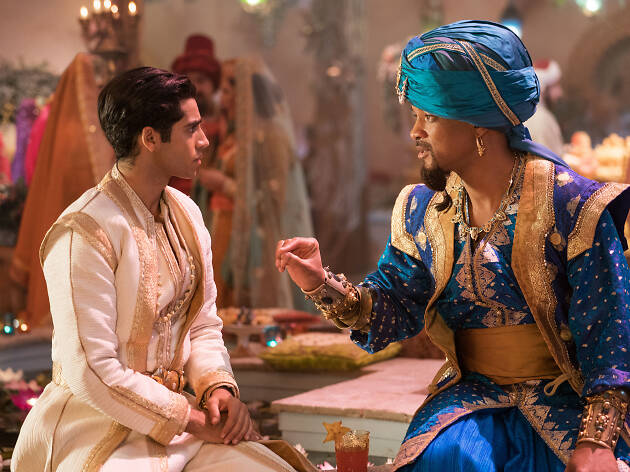 This live-action spin may lack the fizz of Disney’s groundbreaking 1992 animation but it’s still got a certain street-smart charm.

Twenty-seven years on from the release of the animated classic, Aladdin gets the live-action treatment, with ‘Sherlock Holmes’ director Guy Ritchie at the helm. The well-known plot is the stuff of Disney magic: a rags-to-riches tale in which a common thief wins the heart of a princess with the help of a magic lamp that transforms him into a prince.

If ‘Aladdin’ is not quite a scene-for-scene remake, it gets pretty close. The plot is tweaked with some sensible improvements. Agrabah, a mythical Silk Road city, is described in the original opening song as ‘barbaric’. It’s now simply chaotic, with a bustling population of people from as far as northern Europe (look out for Billy Magnussen’s hilarious Prince Anders) to China, and everywhere in between. It’s clear this version of Aladdin celebrates the cultures from which the ‘Arabian Nights’ folk tale emerged – a lesson no doubt learned from ‘Black Panther’, which led the way in providing an alternative to the white saviour motif of many big-budget movies.

Best of all, the film is a proudly out-and-out musical. Bollywood influences abound with dance numbers that dazzle and delight. The charm of the West End musical and the original animation have been blended to create a fresh feel to the tale. Alan Menken and the late Howard Ashman’s cherished songs are injected with renewed life, and a new number gives Jasmine her own moment to shine. Yet, despite Scott’s impressive vocals, the impact is diminished by Ritchie’s nauseating insistence on slow-motion. His choice of this effect ruins more than one scene.

Then there’s Genie. Stepping into Robin Williams’s shoes was always going to be an unenviable task. Early photos of a blue-skinned Will Smith (and that ponytail) were met with cries of horror. Smith is at his best when he makes the role his own, but he never quite captures the magic that made us fall in love with Genie the first time around.

When Aladdin gets it right, it propels you high on a magic-carpet ride. But the odd bum note thrusts you straight out of Arabia and back into your cinema seat.