If Steve Coogan (interviewed here) is the Partridge patriarch, Armando Iannucci has to be the Godfather: the shadowy figure pulling Alan’s strings. Since the character’s first appearance on Radio 4’s ‘On the Hour’ back in 1991, Iannucci has been involved with every step of Alan’s journey, as producer, writer and occasional director.

In between, he’s created the decade’s finest political comedy (‘The Thick of It’), directed that show’s big-screen spin-off (‘In the Loop’) and has even shipped his satirical skills to the US for the hit HBO comedy ‘Veep’. So was the chance to see Partridge on the big screen an offer he couldn’t refuse?

In 2005 you said, ‘Steve wants to do an Alan Partridge film, but I can’t bear to go through that again. Two more years in a room with that voice is more than I can take.’
‘Ha! Yes, that sounds like me. But then we met up to do [online series] “Mid-Morning Matters”, and the whole thing came alive again. We were really proud of the material, we were excited by the fact that there was more emotional depth. We’ve aged along with Alan in the last 22 years: we’re very different writers and Steve’s a different performer. There’s more emotional experience you can mine. It’s a benefit of not knocking out a series every year.’

The history of TV-film adaptations is strewn with casualties. Was that a worry?
‘I went through that experience with “In the Loop” and came out all right. I thought: Well, we’re not aiming to make shit, so let’s not make shit, and that deals with that. Also, there’s this idea that because it’s a film you need to have big this and loud that and massive whatever. But if you look at something like “Amour”, it’s just two old people in a flat. It’s to do with the telling of the story. I think where some TV-to-film projects have gone awry is because somebody in a meeting said, “Let’s have them go into space!”’

When you started discussing the movie did you have any really ridiculous ideas?
‘In the early stages we discussed an Al-Qaeda attack at the BBC, and then we had this idea that Alan would be in a car crash, but a crash with someone really rich. Alan on a cruise liner came up. But we ended up discarding them, because in the end, Alan’s life isn’t a big life. His base is Norwich, he does a radio show, and that’s the essence of him, and any film has to be true to that.’

Alan Partridge appeared in ‘On the Hour’ on radio, then ‘The Day Today’ on TV. Was he purely Steve’s creation, or was it a group effort?
‘A bit of both. I asked Steve if he had a voice for a generic sports reporter. This voice came out and we all fell about. Someone said, “He’s an Alan!” and someone else said, “He’s a Partridge!” Within minutes we knew where he lived, we’d worked out his backstory, what his aspirations were. We knew he felt the political reporters looked down on him as not a proper journalist; we knew he wanted to be in light entertainment, on television rather than radio. We knew he came from Norwich, because no one knew of a comedy character from Norwich. It was instant.’

Was there ever a point where you worried you might lose Steve to Hollywood? And with ‘Veep’ such a success, would you move to the US?
‘We’re both clear on what we want to do: interesting stuff, stuff that makes us laugh, stuff we find stimulating. “Veep” is shot in Baltimore, but it’s very much on my terms. The cast come to London to rehearse, the edit is in London. I’m happy in the UK, I have a family and we’re all settled. I don’t feel a burning desire to build up a roster of programmes in the US. And Steve feels the same, it’s all about quality rather than volume. Steve tells a story about pitching Partridge in America and someone said, “I see Alan as a guy who runs a tea shop in this lovely village, and he meets a girl who runs another tea shop…” He clearly hadn’t seen any of it.’

Working in America doesn’t seem to have affected your love of swearing: I saw one episode of ‘Veep’ where someone was referred to as ‘a gold-plated fucking shitgibbon’.
‘It’s funny, because I’m not really a swearer myself. It started with trying to get the political scene accurate in “The Thick of It”: they swear a lot in Downing Street so you’ve got to put swearing in, but you need to be creative or it gets boring.’

How do you feel about British politics at the moment? Is it getting more American?
‘The difference between American and British politics is that in the US the parties are getting wider apart, whereas in Britain it’s an amorphous mass in the middle. There’s not much to distinguish Labour from Conservative from Lib Dem. It’s all about making themselves look more and more conventional and unsurprising. Nobody’s making an effort to engage, because any risk might backfire. Whereas in America, politicians define themselves by who they’re not: “I’m not a liberal”, “I’m not in the Tea Party” or “I’m not going to let the Democrats get that legislation through”.’

Have you had personal dealings with politicians in the wake of ‘The Thick of It’ and ‘Veep’?
‘A little. You find they’re almost flattered that there’s a programme that reflects their lives, not really recognising that the show isn’t necessarily so positive. Under Cameron’s leadership, in the first few years, all the underlings saw Alastair Campbell as their hero. There was a figure who exerted a great influence over image and the media, so they loved him even though he was from the opposite party. The image is more important than the actual politics. It’s about the style. It’s deeply depressing.’

There’s an assumption that Alan is the darker side of Steve Coogan. But there must be a lot of you in there as well?
‘I don’t really see Steve in Alan. Alan is trying to portray himself as a mover and shaker within the media, but actually the things that obsess him are cars and windscreen-washer fluid and local council annoyances. For the last 20 years I’ve lived outside the M25, where the most annoying thing I have to deal with is the new Tesco branch that nobody wants down the road. I’m not really a media person, I don’t hang around with other people from television, so I can bring that side of it.’

Do you actually like Alan?
‘Working with Steve has always been great fun. But it’s hard work, quite intense. When you’re writing Alan, Steve speaks as Alan. You do feel like there’s another person in the room, and you just wish he would fucking shut up. He’ll pick a phrase, overuse it, stretch it, that’s part of how Steve works. At the end of the day you do feel a bit exhausted. On the other hand, when I watch Alan, I do like him. I want him to succeed. And that’s why it’s important that he has quite a thick skin: he doesn’t see himself the way other people see him. Because if he did, he’d crumble.’ 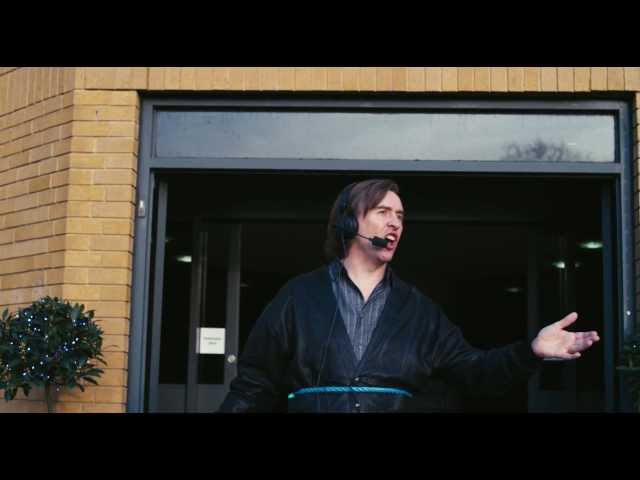 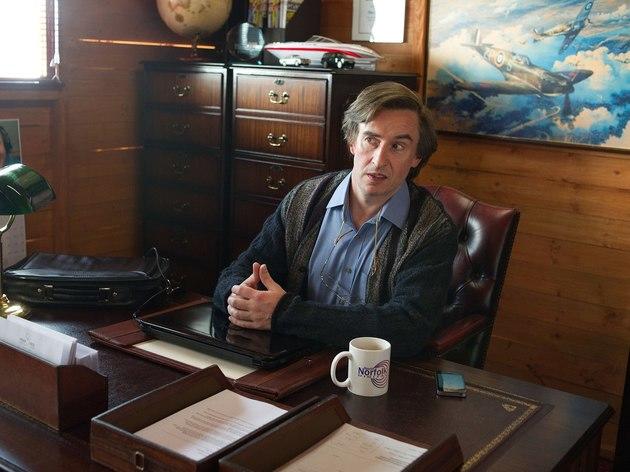