My Account My Profile Sign out
My Account
Search
Worldwide Europe United Kingdom England London Dee Rees on 'Mudbound': 'I just go on and command the set'
Advertising

Dees Rees is a name you need to know. Her semi-autographical debut ‘Pariah’ was a lesbian coming-of-age story made before ‘Moonlight’ was even a twinkle in Academy voters’ eyes. Now, with historical drama ‘Mudbound’, she may be in the running for a Best Director nod of her own. Her latest is an ensemble piece set in what Rees calls ‘the mire and the muck’ of the Mississippi Delta. It boasts Carey Mulligan as Laura McAllan, a newly married woman thrown into a tense rural community; Mary J Blige is local matriarch Florence Jackson and her son Ronsel (Jason Mitchell) is a sergeant back from the war. Tackling race relations, family strife and more, it’s a deeply moving watch. When I meet her in London, Rees is an engaging, quietly confident character who pulls no punches.

‘Mudbound’ does a lovely job weaving so many stories together.
‘It had to be everyone’s story. There’s a kind of perverse relationship between the Jackson and the McAllan families. One can’t exist without the other. Everyone has these strange ties to each other, people overlapping.’

How would you describe your storytelling style?
‘I like storytelling to be unexpected. If you start with the idea that the audience is intelligent, the narrative can be more complicated.’

Tell me about your cast.
‘Carey Mulligan is an actress who can throw away vanity, totally have an arc. We see her develop into a harder, stronger self. With Jason Mitchell, I needed someone who had a simmering reserve. Mary J Blige’s character is a quiet woman who doesn’t say everything she thinks but you can see it all happening in her eyes. Physically, Garrett throws himself into the role.’

How did you get into this game?
‘I started out in marketing. I always saw writing as a hobby. But I met someone doing a film production course and asked him where I could do it. He said, “NYU – but you won’t get in there.” I quit my job, applied and got in. It was a lesson: if people say you can’t do something, don’t listen.’

What’s next for you?
‘My partner – who’s also my wife – and I are working on this horror film with [production company] Blumhouse, who did “Get Out”. The story was inspired by us buying a house in the country. I was like: How do two black lesbians build a place in a mostly white town? That whole feeling of weird things happening [and] thinking: Is it us, or is something else going on?’

Like what?
‘This guy came down our driveway and said, “This is my lawn.” He’d been cutting this lawn for 20 years: there’s this weird territorial entitlement. It’s about the horror of being [outsiders].’

Most female filmmakers I know say they are sick of talking about gender – why not ask the men?
‘Exactly. And I feel the same way about race: why not ask white filmmakers about whiteness? If we’re going to really move things forward, everyone has to have the conversation.’

You make a point of hiring women on your crews.
‘Yes, I hire women who I know are fucking excellent. I’ve heard that directors have refused to hire women for shows in the past. It’s not as explicit now, but there’s this cultural discouragement. People assume women are incompetent and men are competent, unless proved otherwise. So I just go on and command the set.’

Were you always so confident?
'I used to stutter; I was the odd kid out. If I could have a time machine I would tell my 15-year-old self: “The cool kids are not going to be the cool kids in ten years’ time. Throw your own party.”’

‘Mudbound’ is on Netflix and in cinemas with Curzon on Fri Nov 17. 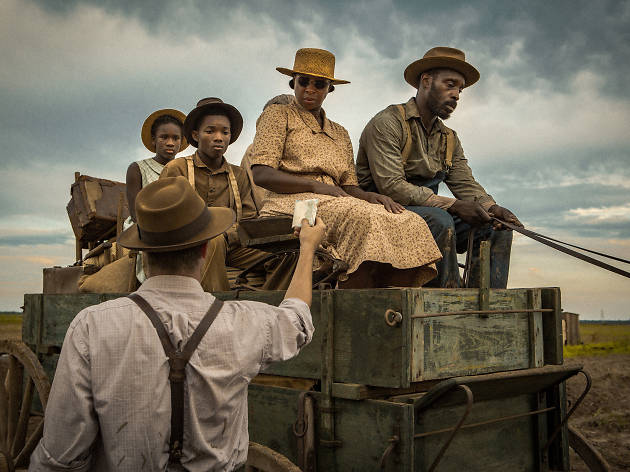 A vivid, visceral period tale of vying families by director Dee Rees, ‘Mudbound’ explores the racial dynamics of the Deep South in the aftermath of the Second World War. We meet the McAllan family in Memphis, led by gruff patriarch Henry (Jason Clarke). His frustrations when their move to the Delta turns sour are outstripped by his wife Laura’s angst (Carey Mulligan). She’s crestfallen to be dragged from the allures of the city. The story intensifies when the McAllans meet their new neighbours, the Jacksons, an African-American family. The climate, isolation, crop worries and health problems soon force an edgy co-dependence between the households. Mary J Blige is terrific as Florence, the mother forced to leave her own children behind to look after those of another, and she and Mulligan share some forceful, enlightening scenes. Jonathan Banks’s Pappy McAllan, Henry’s father and a vile racist, brings raw volatility, but it’s the charismatic Jason Mitchell who delivers depth as Florence’s son Ronsel. A war veteran, his experiences with his supposed foes in Germany compare favourably to his treatment back home. It’s enough to make him wonder who his enemies really are, a paradox played with real sensitivity by the ‘Straight Outta Compton’ actor. Based on Hillary Jordan’s novel, the screenplay – which is co-written by Rees – is emotive but unsentimental. At 134 minutes it’s a touch long, but the strength of the cast and the depth of the storytelling make for a satisfying, chal