If Christmas sapped your desire to trudge around the Trivial Pursuits board and the current situation has robbed you of your urge to fleece your family at Monopoly, maybe it’s time to give clear some space on your dining room table for something a bit different. If you love the movies they were based on, why not give these tie-in games a spin? 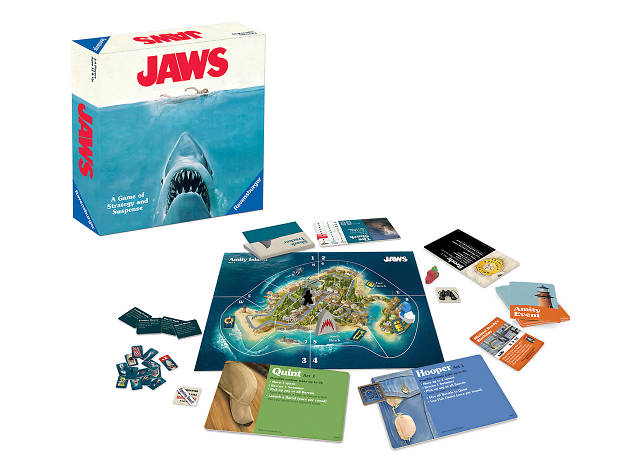 Relive the toothsome summer of ’75 with this stylish and faithful adaptation of Steven Spielberg’s big-fish masterpiece. One player takes the role of the shark, the others control Chief Brody, Matt Hooper and Quint, who must join forces in a game of two halves to firstly stop the great white eating too many Amity Island swimmers, then survive its assault on Quint’s boat, the Orca. With cool, ’70s-flavoured design and an emphasis on hidden movement and surprise shark attacks, it’s immersively entertaining, whether you’re playing killer fish or hero.

Fans of the movie will love The details. Among the swimmer tokens, for example, you’ll spot ill-fated black lab Pipit. 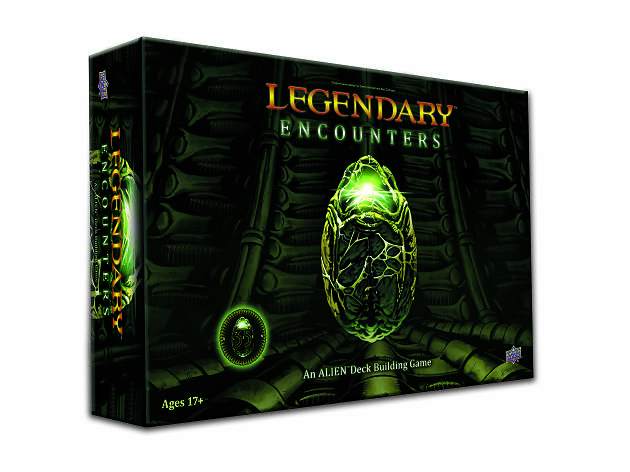 Coming with a set of cards for each instalment of the original ‘Alien’ quadrilogy, this is really four games in one, with the best (unsurprisingly) being the ‘Alien’ and ‘Aliens’ decks (although you can mix them to create your own mash-ups). Players each choose a different role and work together to resist wave after wave of slime-drooling xenomorphs, building their own character decks by spending resources to buy new cards while playing down cards to attack their terrifying foes – or indeed support their fellow players. It is supremely challenging, requiring focused attention and careful co-operation to achieve those rather-too-rare victories.

Fans of the movies will love The use of movie quotes to name cards, such as the Private Hudson card: ‘You Want Some of This?’ 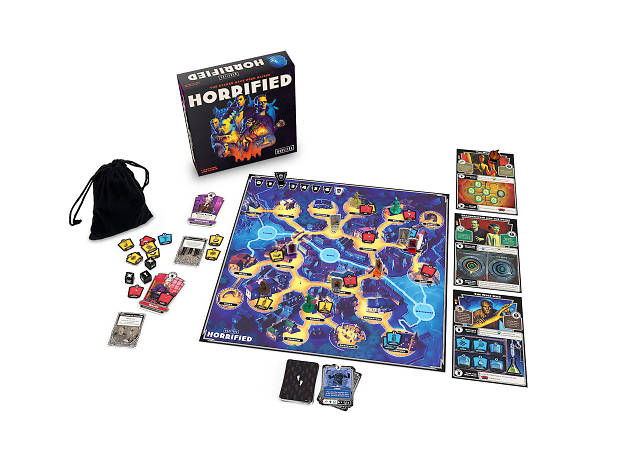 Despite the recent failure of Universal’s ‘Dark Universe’ franchise, one of the best things about the studio’s classic monster movies was the idea that Dracula, the Wolf Man, the Creature from the Black Lagoon et al existed in the same world (which also included Abbott and Costello). Horrified is a family-friendly game which takes that idea and runs with it through a murky forest, pursued by a torch-bearing mob. Players join forces to defend a creepy village from a scary monster combo (eg, a Dracula and a Frankenstein), with different combos offering different difficulty levels. It’s light-hearted and gently tongue-in-cheek, as it really should be.

Fans of the movies will love The inclusion of Wilbur and Chick, aka Abbott and Costello. 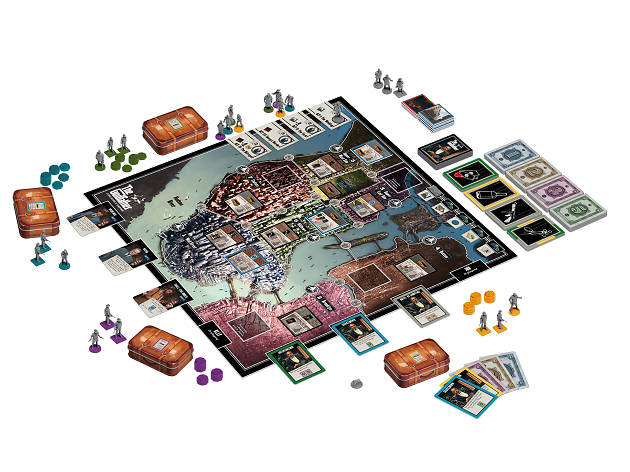 Less a recreation of Coppola’s gangster classic than a slick thematic spin-off, Corleone’s Empire casts players as rival mobster families in ’40s Manhattan, who jostle for control of the city’s districts, shaking down businesses, bribing officials and earning enough cash to pay tribute to the big don. While it never really feels like you’re ‘playing’ the movie, it does share the film’s prestige production values, boasting painterly illustration and impeccably rendered miniatures. Most pleasing are the tin briefcases each player gets to stash their money in, keeping their illicit earnings sealed away and secret.

Fans of the movie will love Bumped-off goon pieces get laid down in the river, to ‘sleep with the fishes’. 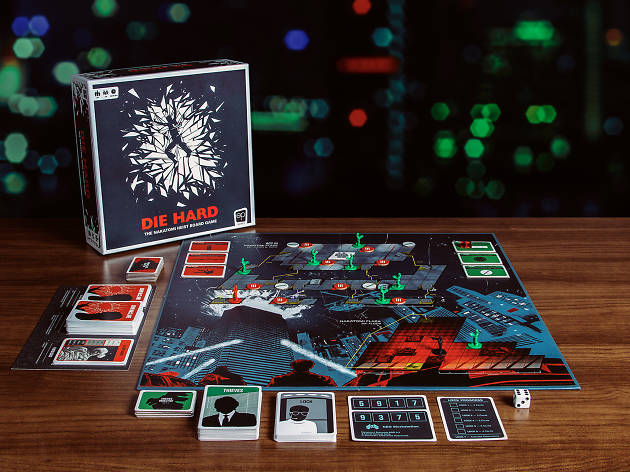 Ideal number of players 2 or 4

Sometimes a movie game can be a little too faithful to its source, and so this proves with Die Hard. Whereas other games play with a movie theme, this one really does get you to go through the plot beats, which is fun at first, but makes it go stale after a few sessions. Still, it has a striking illustration style, and a strong ‘one against many’ vibe, with one player taking the John McClane role and playing against all the others, who co-operate as the Hans Gruber gang to try to crack the safe code, while dealing with the machine-gun-nicking fly in the ointment.

Fans of the movies will love The McClane player objective which requires him to find a pair of shoes… that don’t fit. 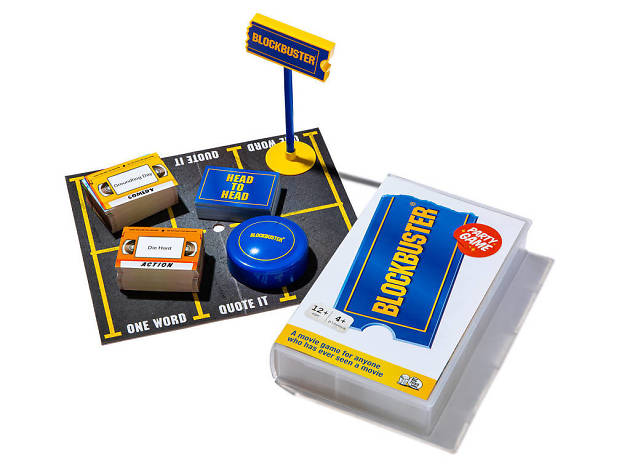 This team-based party game is precision-engineered to make Gen Xers revel in ’90s nostalgia for the long-defunct high-street video rental chain Blockbuster, but really it’s for anyone who loves movies (without needing to be an expert). On the face, it’s a jazzed-up charades, requiring duelling teams to guess films from actions, quotes and single words, but there are tactics, too, as you can steal genre cards from the other team to try and complete your game-winning set.

Fans of movies will love Getting to show off their knowledge in a fun, frantic way. 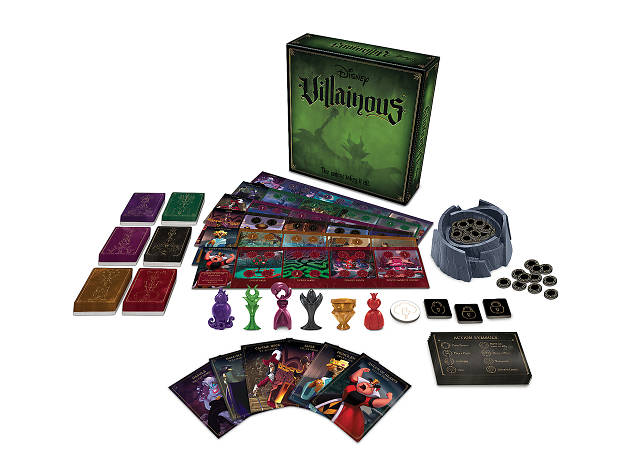 If the idea of playing something based on a Walt Disney Studios animation sounds saccharine and infantile, ‘Disney Villainous’ has the ideal solution: be the baddie. This inventive game gives players the choice of a number of different villains, including Jafar, Maleficent, Captain Hook and the Queen of Hearts. Each has their own deck of cards, mini-board, components and win condition, making for tons of variety over repeat plays. And while it is entirely suitable for younger kids, ‘Villainous’ can be surprisingly vicious as you hurl setbacks at your opponents, foxing their nefarious plans while you try to advance your own.

Fans of the movies will love Having the chance to achieve what the films never did: an unhappy ending. 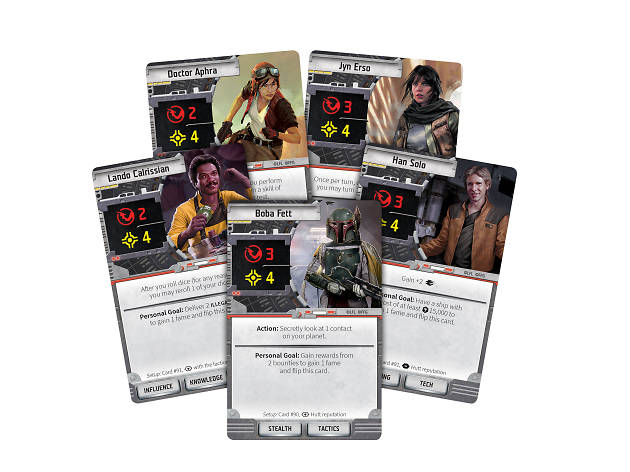 If you’re more into the hive-of-scum-and-villainy side of the ‘Star Wars’ galaxy, then ‘Outer Rim’ should definitely be in your sights. In the role of Boba Fett, Han ‘shoots first’ Solo, or Jyn Erso of ‘Rogue One’ (among others), players travel around the impressive, arc-shaped board and compete to earn the most fame by taking bounties, going on missions, smuggling goods and tackling patrols. It’s enjoyably cutthroat and impressively story-driven, treating you to a number of mini-narratives as you head off on your own lore-drenched adventures.

Fans of the movie will love Exploring the galaxy’s most exciting (and dangerous) nooks and crannies. 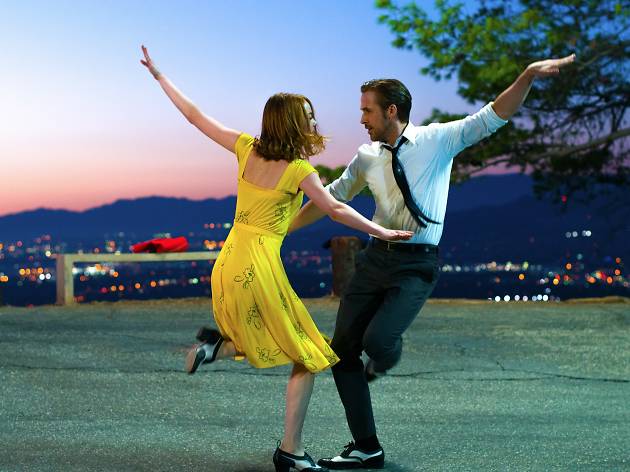