You’re the biggest movie star in the world, but you know that. When you first made it big in ‘Top Gun’ and ‘Risky Business’, you were so damn charming the world went nuts for you. You’re also a fine actor when you put your mind to it (remember ‘Magnolia’?). But somewhere along the line things got, well, a bit strange. I’m still on your side, Tom. Don’t get me wrong. But with each cookie-cutter blockbuster, each wild and worrying press rumour, it gets harder to take you seriously. Where did it all go wrong? Is it too late? If you’re still interested, here are some gentle suggestions to get you back on the right track.

You’re a good-looking guy, Tom. We know it, you certainly know it. But when you smile for the cameras, it’s a bit like you’ve been dead for three days and rigor mortis is setting in. Plus, your teeth are so white and straight, I worry a stray sunbeam will glance off them and blind a bystander. What about trying a crash sugar diet, not flossing for a few months and smiling only when you’re genuinely pleased about something?

That OTT cameo you did in ‘Tropic Thunder’ – no one saw that coming, but it was properly funny (far more than the rest of the movie, to be fair). We shouldn’t have been so surprised. In your younger days you were a dab hand with a kiss-off one-liner, and that outrageous performance in ‘Magnolia’ bordered on self-parody. Why not give Judd Apatow a call, see if he’s got another one of those midlife-crisis man-coms lined up? You’d smash it.

3. Find a love interest your own age

You’re 53 now, Tom – time to start acting like it. And I don’t mean going easy on the running, jumping and saving the world. That’s an older man’s game these days anyway (just ask Liam Neeson). I just think your leading ladies could reflect your newfound maturity. Glancing at your recent CV, you’ve starred with Olga Kurylenko, Emily Blunt and now Rebecca Ferguson, all 20 years or so younger. I’m not trying to match-make, but maybe you’d actually enjoy working with an actress your own age, possibly Robin Wright, Monica Bellucci or – and I’d love to see this – Tilda Swinton?

4. Get a new religion

I’ll tread carefully here, because everyone has the right to worship whoever or whatever they choose. But Alex Gibney’s recent documentary ‘Going Clear’ did make me wonder if the Scientology higher-ups have really got your best acting interests at heart. I won’t repeat any scurrilous tabloid rumours about your personal life, but those Thetans do seem like a rum mob.

Remember that time you bounced about on Oprah Winfrey’s couch? Or when you had a go at Brooke Shields for taking post-natal depression medication? Or that video leaked on YouTube where you talked about your Scientology experiences? We’re glad you get excited about stuff, but when you get that maniacal glint in your eye, we can’t help feeling a bit unsettled.

Yes, the MI movies have been successful. But isn't that due to your star power and some cracking stunts, rather than any emotional involvement in the ‘Mission: Impossible’ franchise? And I get it, you see your character Ethan Hunt as your answer to James Bond, but one moody secret agent is enough, surely. Five movies in, it’s all getting a bit by-the-numbers. Why not invest your time in something more durable? For instance…

What happened to the Cruiser who alternated between popcorn blockbusters and Oscar-baiting heavy-hitters like ‘Rain Man’, ‘Born on the Fourth of July’ and ‘Eyes Wide Shut’? Did you just get sick of trying? We all love to see you fighting aliens and assassins, but what about knuckling down to a good meaty part again? Maybe you should give George Clooney or Michael Fassbender a bell, just to see what’s out there for a muscular megastar with something to prove?

Okay, this goes against pretty much everything I’ve said up to now. But screw serious, this is what the world really wants. It’s been rumoured for years – can it finally become a reality? Just imagine Maverick getting dragged out of retirement for one last patriotic mission, flipping on his aviator shades and taking to the skies. You’d take our breath away! On which note, do you think Berlin are still in business? 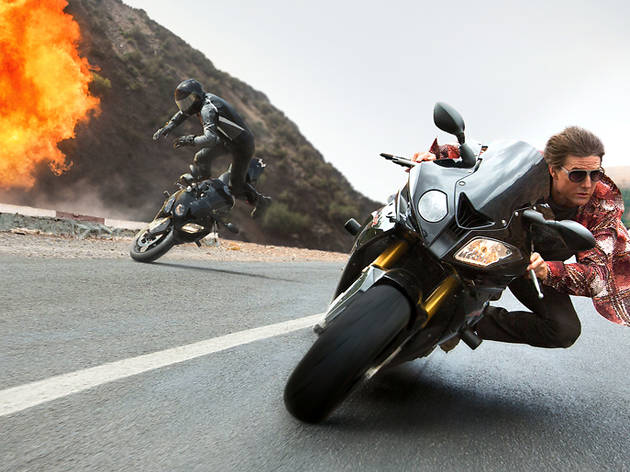 Has there ever been a less appealing action hero than Ethan Hunt? Five ‘Mission: Impossible’ movies in and he still feels like a blank slate, a robot with Tom Cruise’s empty grin and a vocabulary ripped straight from the Bumper Book of Pithy Quips. We learn nothing new about him in ‘Rogue Nation’ other than the fact he can hold his breath for three minutes and is really good at remembering stuff.