When Emma Watson went to see the first cut of ‘Beauty and the Beast’ in London she took along two important women in her life – her mum and the activist Gloria Steinem, one of her feminist heroes. The 26-year-old star needed a thumbs up from Steinem that her Disney princess passed the feminism test – and she got it.

That is typical Emma Watson. No slacker, like Hermione she’s a smart hard worker who believes that everything she does matters. She’d already turned down one Disney princess – Cinderella in the 2015 live-action movie. But Belle in ‘Beauty and the Beast’ was different, a princess with feminist DNA: ‘At the centre was this heroine that I love for going against the grain, fiercely independent-minded,’ she says. ‘Belle does things her own way and I felt really connected to that. She’s a bit Disney princess gone rogue.’

It’s 10am at the beginning of a long day of interviews and Watson is brushing crumbs from her chocolate croissant off the table – friendly but focused. As a little girl, she watched the 1991 animated ‘Beauty and the Beast’ on repeat: ‘My parents told me that I put it on so many times they thought they’d go mad.’ 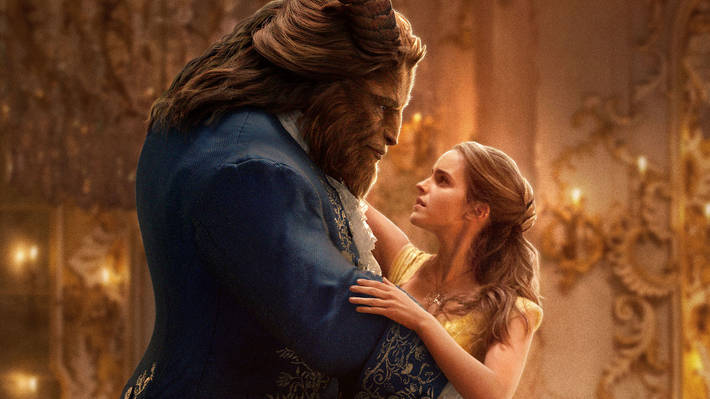 Emma Watson in 'Beauty and the Beast'

‘Belle does things her own way’

That version was a breakthrough for Disney princesses, with Belle more interested in books than boys. For the director of the new adaptation, Bill Condon, the big question was where to go now. ‘How do we make this a twenty-first century feminist parable?’ The answer was casting Watson: ‘She is a strong female role model.’

Alan Menken, co-writer of the musical’s earworms (he wrote three new songs for this film), says he had no doubts: ‘Emma is perfect on so many levels. She’s an excellent actress, a really smart woman with strong opinions and integrity.’ Well, maybe he had one doubt, he adds with a grin. ‘Can she sing? But then we found out. Yes, she can sing.’

A spokeperson for gender equality, Watson has tackled some of the BIG feminist issues of our times. In 2014, she stood up at the UN and launched the HeForShe campaign to encourage men to take action. Did she feel a responsibility to make sure that Belle lived up to those values? ‘Totally. You can’t go out and give that speech and not walk the walk. I do really have to live by this.’

Emma Watson in 'Beauty and the Beast'

Together, Condon and Watson tweaked Belle. In the 1991 film, her character’s dad is an inventor. Here, so is Belle, who perfects a washing machine to give her more time to read. Watson worked with costume designer Jacqueline Durran to give Belle sensible shoes, and even insisted on not covering up her freckles – knowing how many teenage girls hate having them. So this is one Disney princess you won’t spot in a corset. Though spare a thought for poor Dan Stevens as the Beast; he acted every scene strapped into a 40lb body suit, with a cooling vest underneath: ‘Every couple of takes I got plugged in and cooled down so I didn’t have a heart attack.’

Navigating her career isn’t easy, says Watson. ‘I really follow my heart on things. Probably to an extent that’s frustrating for the people around me. Coming out of Harry Potter and going to university was not a career decision people were very pleased about. I try to stay true to whatever whisper I hear from myself.’

'Beauty and the Beast' is in UK cinemas March 27.

Read our review of ‘Beauty and the Beast’ 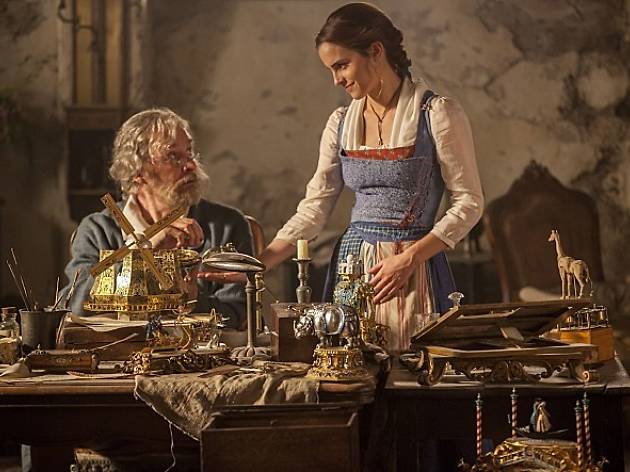 Three cheers for director Bill Condon and star Emma Watson for having the courage to make a live-action musical adaptation of the adored 1991 animation with 2017 gender politics and a diverse cast.