The third Marvel team-up movie, ‘Avengers: Infinity War’, arrives on a tide of hype and 18 films’ worth of build-up. It unites almost every big-screen hero on the roster, from Iron Man and Spider-Man to the cosmic Guardians of the Galaxy. Just giving every member of its enormous cast a one-liner could eat up much of the runtime, never mind squeezing in the usual epic spectacle. So what can we expect?

1. Some reconciliations
The last time we saw most of the Avengers, they were caught in the family feud that was ‘Captain America: Civil War’. Iron Man (Robert Downey Jr), War Machine (Don Cheadle) and Spider-Man (Tom Holland) were still doing the hero thing at home; Captain America (Chris Evans), Scarlet Witch (Elizabeth Olsen) and Black Widow (Scarlett Johansson) were in the wind. Oh, and ‘Thor: Ragnarok’ left Chris Hemsworth’s Thor and Mark Ruffalo’s Hulk in space. It would take a major threat to reunite them all – like, say, a nine-foot purple guy who plans to kill half the universe.

2. A big purple villain on the hunt for some jewels
Josh Brolin returns in CG form as that purple guy: the Titan, Thanos, who has come to earth to hunt down six Infinity Stones for his gauntlet. Not only will these pieces of super-bling complete his spring look, they’ll give him power over creation. Five gems have already been revealed in previous films, including the Tesseract, the Orb and the Sceptre. But like a power-mad Pokémon-er, Thanos gotta catch ’em all. Fortunately – or unfortunately, depending on where you stand on apocalypses – he has adoptive assassin children, the Black Order, and an army of monsters to help out. In his sights? The stone-possessing Vision (Paul Bettany) and Doctor Strange (Benedict Cumberbatch). Look out, fellas!

The Bose with the most: Chadwick Boseman's Black Panther prepares for war

3. Stop-offs in Scotland, Wakanda and space
The trailer shows major action scenes taking place in New York, Edinburgh and Wakanda, home to Black Panther (Chadwick Boseman). Captain America starts off in Auld Reekie, but will head to Africa for some sun, a tech upgrade and the chance to enlist the country’s armed forces to protect Vision. Spider-Man, Strange and Iron Man seem to be starting off in the Big Apple. They’re joined by the Hulk, via means that are not yet clear but which will almost certainly involve smashing. And at least part of the New York contingent will find themselves in space, boldly going against Thanos’s plans where only Star-Lord (Chris Pratt) has gone before.

Swing when you're losing? Tom Holland's Spider-Man flies into action

4. Unlikely pairings
‘Avengers: Infinity War’ will throw together all kinds of joyously madcap team-ups. How will Spider-Man’s youthful enthusiasm gel with Strange’s pomposity? Will the warriors of Wakanda’s all-female Dora Milaje recruit the equally formidable Black Widow? And what can we expect from the now-teenage Groot, a talking tree with attitude problems? Judging by what we’ve seen of Iron Man and Star-Lord in the trailers so far, there’ll be plenty of chemistry and charisma in abundance.

5. Characters actually dying
Superheroes always make it through, right? Well, maybe not. A few of them are definitely returning for already-announced films in the next few years (Spider-Man, Black Panther, the Guardians), but not all of Marvel’s biggest names will be back. Robert Downey Jr and Chris Evans are on record suggesting they will not return after next year’s ‘Avengers 4’ (aka the ‘Infinity War’ sequel), and a number of others have kept their futures deliberately unclear. Fans should brace themselves for, potentially, major deaths, transformations or retirements. The first casualty of ‘Avengers: Infinity War’ is probably whoever’s finished their nine-picture deal.

'Avengers: Infinity War' is in cinemas from Thursday April 26 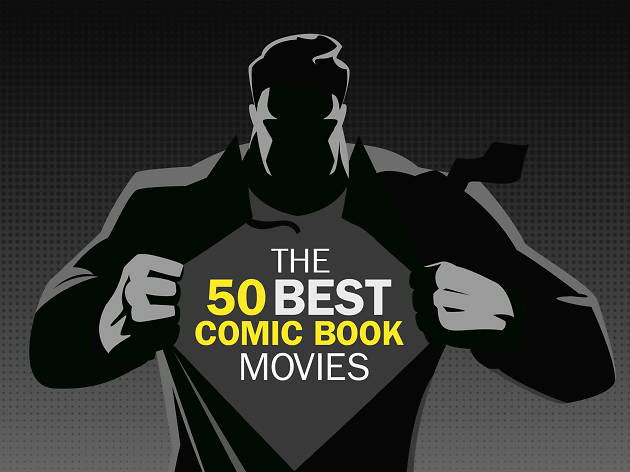