Hugh Jackman is back to slice and dice his way through the X-Men universe in ‘The Wolverine’ this week. Director James Mangold, best known for ‘Girl, Interrupted’ and ‘Walk The Line’, was the man tasked with resurrecting the clawed one’s reputation after critics mauled 2009’s ‘X-Men Origins: Wolverine’.

People were disappointed with the first Wolverine movie. Were you intimidated following it up?
‘Yes. It felt like going on stage after an act that tripped. There were a lot of formulas applied to the first movie. They threw a lot of extra mutants in, they were telling an origins story. Even the title revealed its multiple agendas: it’s X-Men, it’s an origins story and it’s Wolverine. This time, the studio wanted to make something more creatively ambitious. I saw that as a huge opportunity.’

You open 'The Wolverine' with the atomic bomb dropping on Nagasaki. Why?
‘I couldn’t see making a contemporary film set in Japan without acknowledging the tsunami. I thought that dealing with another catastrophe that had happened to the country might be a way to address it. It makes you think about the resilience of the Japanese people. They’ve endured three out of four of the world’s largest nuclear catastrophes. Also, one of my favourite things about the first ‘X-Men’ was Magneto’s story, the concentration camp and the Nazi sequences. It’s really interesting how the X-Men universe can play very real and interconnect with our own history.’

It’s an advantage having an immortal character who can pop back to WWII.
‘He’s kind of like Forrest Gump with time travel abilities; he can be anywhere or anything.’

This is your first comic book movie. What did you want to do differently?
‘I don’t get motivated when I feel like I’m doing a carbon copy of everything else. So many of these pictures right now are about saving the world from someone who’s going to blow up a city, state, country, planet. I wanted to change the ground rules from the get go. I didn’t want to make a movie with a singular villain who is being battled and has a serious agenda, I wanted to make more of a mystery.’

It’s refreshing to see such strong female characters, including Yukio who is neither love interest nor villain.
‘Right. And physically capable. Lethal in her own right. I really loved the idea of surrounding Wolverine with strong women.’

Do you think superhero movies short-change women?
‘I think superhero movies often short-change people. Everyone gets very one-dimensional. Some of these movies strike me as trailers that are two hours long. I don’t actually get to know anyone in the film, shit keeps happening fast and loud and then it’s over. Female characters, male, they all get short shrift. I agree female characters more so, because sadly there are fewer films with female villains or female heroes.’

Wolverine is an almost misanthropic character. Why do we like him so much?
‘People have always had a taste for misanthropes. We identify with that sense of not fitting in. If you think about it, the popularity of the character is the combination of that gruffness and edge and also Hugh’s ability to play the heart of him. You have a guy who doesn’t belong but is just so winning. You watch thinking: he’s very dangerous but would never hurt me, he’d protect me.’

You throw in some humour too…
‘There’s some. But in making a more intense film, we didn’t put in as much humour as some of the other films have. The model I told Hugh I was trying to emulate was Clint Eastwood in “The Outlaw Josey Wales”. He’d kill you and spit on you and say something funny, maybe.’

‘The Wolverine’ opens in UK cinems on Fri Jul 26. 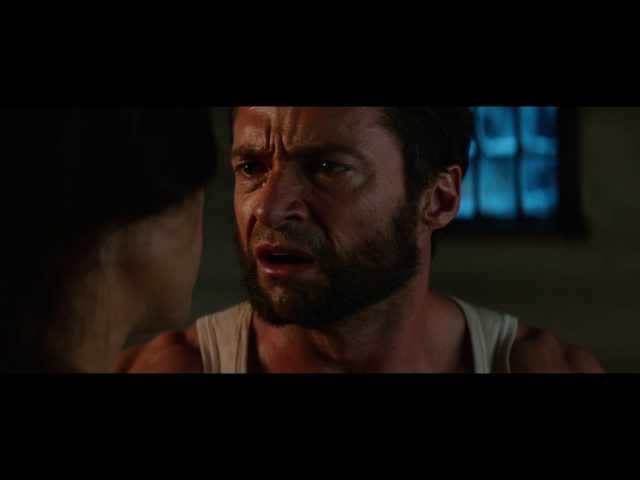 It’s the stuff of Saturday-morning cartoons, but Mangold – who, as in the appalling ‘Knight and Day’, edits all action sequences on the shaky frappé setting – hasn’t the visual pop or lightness of touch to make it bounce. Jackman, meanwhile, acts strictly from his chest outwards, evidently saving energy for his seventh appearance as Wolfie in next year’s all-too-aptly titled ‘X-Men: Days of Future Past’.