‘Do you want a bit?’ Mark Rylance raises his bushy eyebrows, like two caterpillars stuck on his forehead. The greatest actor of his generation – the man who sends Al Pacino and Sean Penn weak at the knees – is offering me a forkful of halloumi. The awards are piled above the telly in the front room of his Herne Hill home: a Bafta for ‘Wolf Hall’, an Oscar for ‘Bridge of Spies’, a knighthood for his services to theatre, but he’s clearly not let them go to his head. And he’s certainly not in the clutches of a celebrity stylist. Little flashes of dark T-shirt peep through the moth holes in his postbox-red cashmere.

You wonder what Hollywood makes of its new favourite actor, a man who seems to exist a beat apart from everyone else. Rylance is famous for being a bit daffy. He believes in crop circles. He questions whether Shakespeare wrote Shakespeare’s plays. To be honest I was expecting more of a fruit loop. But in the flesh, he talks about things that matter, speaking in a wise old owl’s voice, a gentle burr not a million miles from his BFG in Steven Spielberg’s movie last year. He even gives me a ticking off, caterpillars knotting, at a question he thinks is a bit fluffy – when I ask him to describe his character in ‘Dunkirk’, Christopher Nolan’s new WWII movie. ‘Do you really need to know that for your article?’ he chides softly, with a note of disappointment. To be fair, the film has been shrouded in secrecy, and I’ve only been allowed to watch seven minutes of it before meeting Rylance. He plays a fisherman in the film, the captain of one of the ‘little boats’ that set sail to the French coast in 1940 to rescue 300,000 British, Belgian and French soldiers stranded on the beach, giving us the description of pluck and underdog bravery – ‘Dunkirk Spirit’.

Congratulations on the knighthood. Have you been using the ‘Sir’?
‘Thank you. People have been very nice about it. I did use it on New Year’s Eve when I was trying to get down to the Embankment at about a quarter-to-12 to see the fireworks. I tried to drop it in at one of the barriers. My wife is a bit more shameless about it, trying to get reservations in restaurants. I don’t think that’s quite what Her Maj imagined me doing with the knighthood.’

Did you accept it immediately or did you have to think about it?
‘I had a long think. I had been offered something when I left the Globe, and turned it down. But I’ve met Prince Charles a number of times now – because he’s a great lover of Shakespeare – and I think he’s a very conscious person and a good influence. I’m really more concerned with the corporate influence on democratic government and the unrepresentative nature of our democracy than I am about the Royal Family. They seem rather harmless compared to the lack of a representative system that would, for example, put 24 Green MPs in parliament. Partly, in the end, I felt that because I have an interest in a number of subjects that people try to write off, like Shakespeare’s authorship or crop circles – they say I’m insane or not mentally stable – that somehow, a knighthood makes it a little less easy to write me off. Then I immediately thought of Jimmy Savile: he was a knight, so that blows that theory.’ 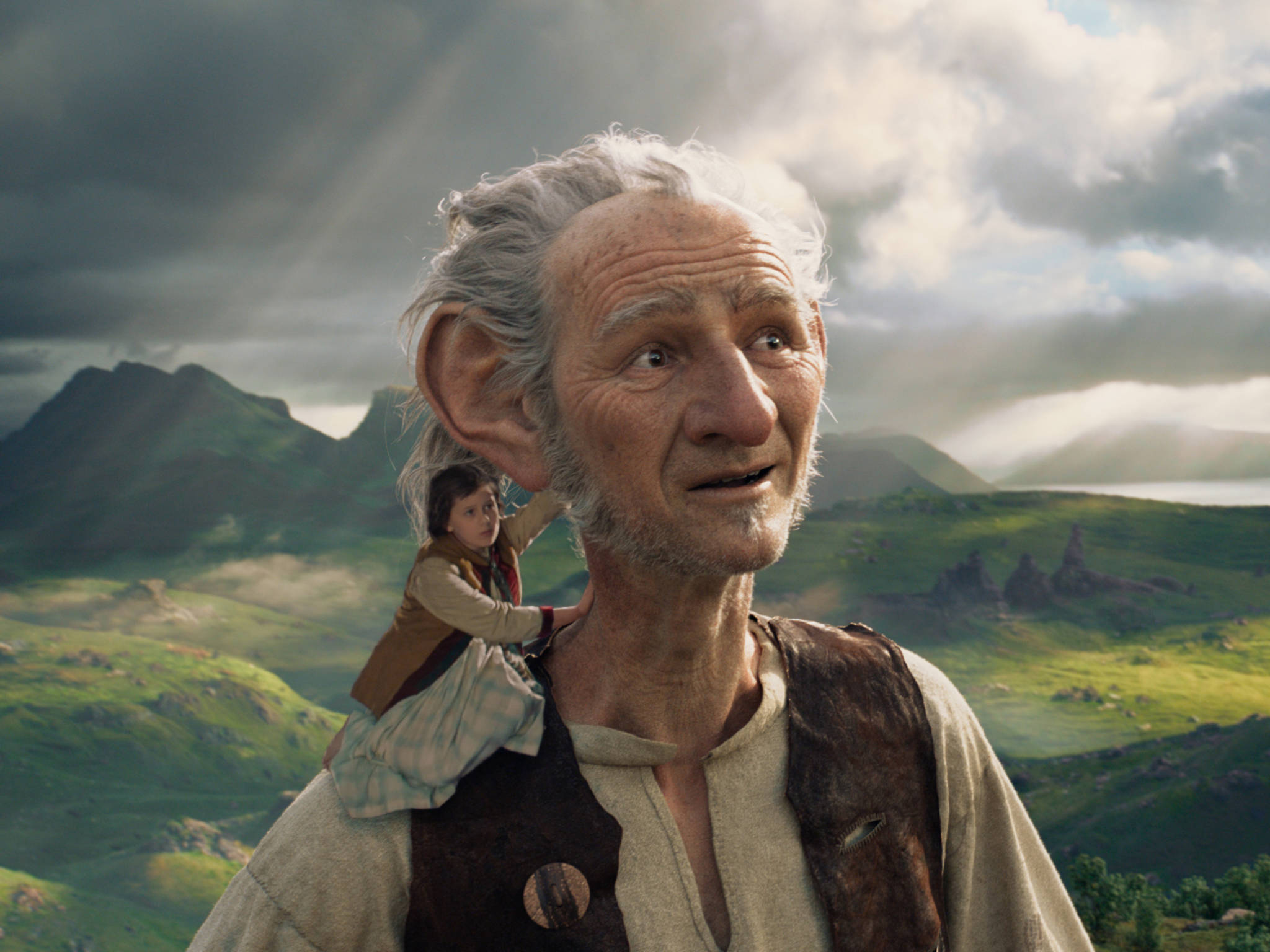 People often portray you as a bit batty. Do you think you’re eccentric?
‘No. But I’ve always been drawn more to outsiders, to people and ideas that are outside an accepted group behaviour. The artists who inspired me were all risk-takers. If anything, I think my biggest problem with the knighthood was realising I was coming inside. Most of my heroes would have turned it down or wouldn’t have been offered such a thing. But I think that people who know me know that I’m not eccentric. Actually that’s not true, I think I am a little bit eccentric.’

You’ve had a successful career in the theatre but you’ve only recently been discovered by Hollywood. Do you like movies?
‘Yeah, I love movies. I always take a little projector on holiday with me. My wife and I watch a new film every evening when we’re away. I mainly like foreign films at the moment. I’ve been watching the films of Susanne Bier – the intensity of those Danish actors is really amazing to me. I loved “Son of Saul” and the whole range of documentaries at the moment.’

I thought you might have been a bit sniffy about films. You don’t consider them to be a lesser art?
‘Not at all. I prefer to watch them than make them, to be honest. When I first started making films, I was a little sad, because then I’d watch them knowing about the kind of shots they were using. So I purposefully don’t take any interest in the technical stuff.’

You’re a patron of Stop the War. Did you have second thoughts when your agent sent you Christopher Nolan’s script for ‘Dunkirk’?
‘Well, Chris approached me. Chris wouldn’t even let my agent read the script. But yes, we did have a discussion about it. [The film] is not really about the German, French or English. It’s about a particular situation in history, as in all wars, when something new happens that’s totally unexpected. No one expected the Germans to come that way through the forest, or so quickly.’

This is at the start of the war, right? When the little ships came to rescue the Allied troops trapped on the beaches at Dunkirk?
‘Yes, it was about that situation, how human beings – English people particularly – behaved in an intense situation of survival, like the fascinating story of British soldiers forming long queues on the beach. Then an airplane comes, and they all run and hide. And then when the airplane’s gone they get back into an orderly queue: “You were in front of me.” “I was in front of you.” Even though they’re queueing there for their lives. There’s the thing called the Dunkirk Spirit. What interested me about it was [Nolan’s] lovely writing about human beings in extraordinary situations. So in terms of being an anti-war person, I don’t think it romanticises this event.’ 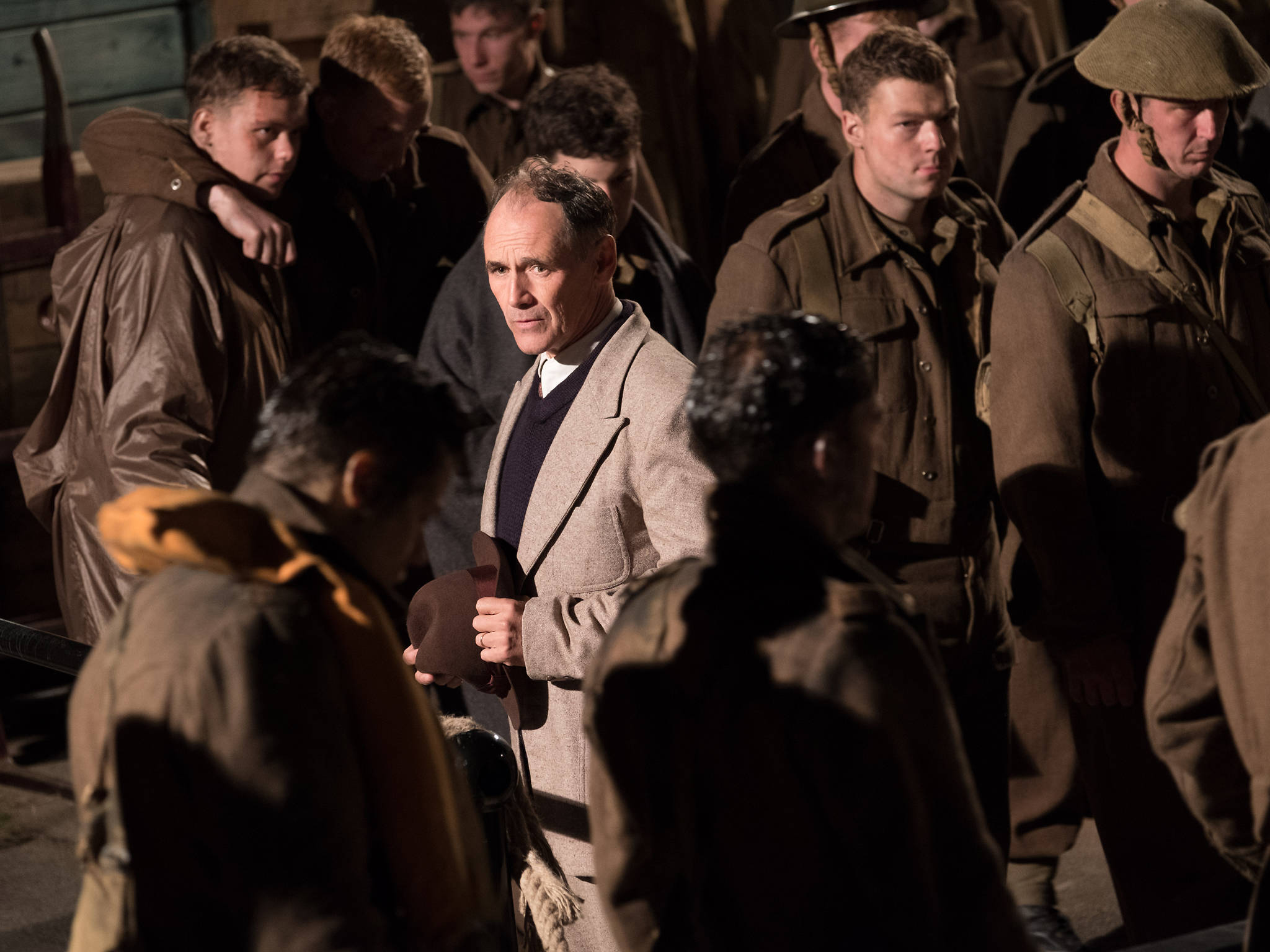 ‘Most of my heroes would have turned down a knighthood’

Do you think we still have that spirit, that we could still come together if our lives depended on it?
‘Yes, I think we do. I’m not sure we’ll ever do it again around a war, after the Iraq War. I think we’ve lost faith now that wars are about our security and defence. Wars seem to be about gaining marketplaces, forcing other nations to buy our shit. But I think there’s a great coming-together with the activism of young people around global warming, the protests since Trump and the women’s marches. The more that the climate shit hits the fan, and we see not just 8,000 refugees behind barbed wire at our door, but 100,000, I think people will come together. We’re not going to live in a gated community and watch all this suffering and be the villains of the piece.’

You’ve said that you had a ‘problem with truth’ in your twenties. What were you up to, swindling old ladies?
‘No, I wouldn’t swindle an old lady. I think I had a problem with being truthful to myself. I had wild thoughts, desires and needs. I wasn’t honest enough with the people I was with. I wanted to be liked. That’s what I meant. Miners can get dust in their lungs: miners’ dust. The miners’ dust of being an actor is that you can lie convincingly. You can convince yourself that things are true that are not true. It ain’t good. It’s like being a black belt in karate and not being able to control your temper.’

Were you ambitious early in your career?
‘I was ambitious in a big way, to be like Vincent van Gogh, someone who made or said something really beautiful or truthful, or saw something that other people didn’t see. And I was competitive enough that when I saw other actors doing really good work, I wanted to know how they did it – so I could do something like it.’

Why did it take so long for you to make films? Were you interested in the past?
‘Yes. When I went to Broadway, I nearly got a Coen brothers film, and I was really sad not to get it. I realised I really wanted to work with people like the Coens. So I got an agent and a manager. I made a terrible film called “Blitz” in London. It was horrible, so I quit. I guess nature abhors a vacuum. There was a space there, which then drew “Wolf Hall” and “Bridge of Spies”. Suddenly I became an attractive proposition, I skipped all that level of films and was sitting at the Academy Awards.’

Did you take part in the campaign for the Oscars?
‘No, I was doing my own play about ice-fishing [‘Nice Fish’] in Boston. I wouldn’t have done it, anyway. How embarrassing to campaign for an award, to sell yourself. I would never do that. It seems very demeaning and time-consuming. Fortunately, I didn’t have to have the philosophical debate because I was busy. But I’m told it caused quite a ripple in LA.’

How did you find the Oscars?
‘Bizarre.’

‘Dunkirk’ is released in cinemas on Fri Jul 21. 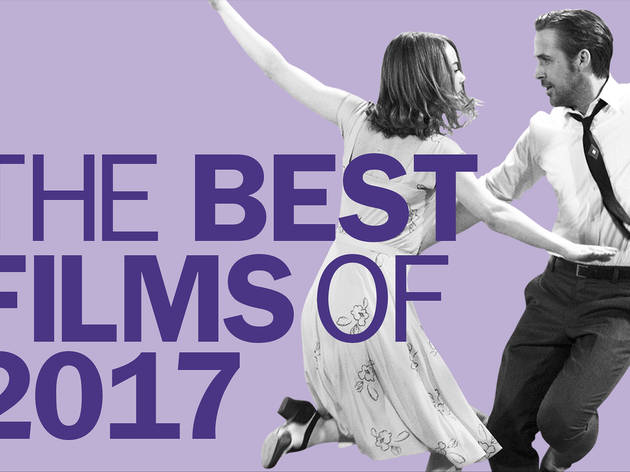 Here's our round-up of the best films of 2017 so far. We'll be adding to it as the year goes on so keep checking back to make sure you haven't missed any cinematic crackers.