Despite making some journeys into the fantastical, such as action thriller ‘Hanna’ and the ill-fated ‘Pan’, Londoner Joe Wright is best known for films steeped in the history of his native land: 2005’s ‘Pride and Prejudice’ and 2007’s ‘Atonement’. Now he returns home with ‘Darkest Hour’, an intimate exploration of Winston Churchill’s decision to fight Hitler, featuring a fierce and barely recognisable Gary Oldman. We met Wright, sartorially bohemian and puffing on roll-ups, to discuss how unpacking an icon required soul-searching of its own.

Had you been interested in Churchill as a subject for a long time?
‘It’s not like Churchill’s been a hero of mine, but I was sent this screenplay and was shocked to find myself identifying with him. He was a man who had made a lot of mistakes, and then found himself in this position of extraordinary responsibility. He suffered an immense crisis of confidence, and then was able to turn that around and overcome.’

In what sense?
'He’s a man who had made a lot of mistakes in his life and then found himself in this position of extraordinary responsibility. He suffered an immense crisis of confidence and self-doubt. And then was able to turn that doubt around and overcome it and move forward.'

So did the script land with you in the wake of ‘Pan’?
‘Yeah, it was partly that. But also the responsibility of parenthood and marriage, and being a man. In this movie, Churchill [represents] an aspect of me. And then I put more of myself into the screenplay, those elements of self-doubt.’

How do you navigate the restrictions of historical stories?
‘Well, limitations are often liberating. And then it’s about finding details that speak to my interpretation of events. When we went to the Cabinet War Rooms I saw Churchill’s real chair and there’s this deep gash in the wood on the arm. It was where he’d tap his signet ring, which suggests to me an enormous amount of tension. That little detail helped me to build my understanding of what Churchill was going through at the time.’

Did you know that Christopher Nolan was doing ‘Dunkirk’ at that point?
‘No. We only became aware of Nolan’s film in pre-production. And that was a bit alarming, but once I discovered there wasn’t a Churchill in Nolan’s film, I thought: Okay, I’ll just get on with what I’m doing then.’

Was the make-up process with Gary Oldman a journey of discovery?
‘The first iteration was way too much, he looked like he had a dead chicken on his face. Then there was too little. What we aimed for was a sweet spot where he looks enough like Churchill, but the audience has access to his performance.’

That’s a surprising reference point.
'It’s a good film; I like that film. It’s really funny.'

Chamberlain’s arc in ‘Darkest Hour’ is almost as big as Churchill’s. Were there things you wanted to do with him to surprise the audience?
'I had to make this piece of gripping cinema from a script that was generally old white men in rooms talking to each other. So I had this idea that it could play like a political thriller, at least the second half. The way that I thought I could do that was by making sure that Chamberlain and Halifax’s arguments were as valid as Churchill’s. And that if you take yourself out of the comfort of hindsight, and put yourself at that point, which argument would you go for at the time? Chamberlain wasn’t a bad man. He’s been proved by history to have gotten it wrong, but at the time he genuinely believed that he was doing the right thing.'

I came out of it sympathising with what he was going through.
'Yeah. And there are other wars, recent wars, the invasion of Iraq, for instance, where I would side with Chamberlain and Halifax. It’s too easy for us to just say, "Churchill was right, he was always gonna be right, he always knew he was right."'

Is it true that John Hurt was initially set to play Chamberlain?
'Yeah, John Hurt was gonna play Chamberlain. He was a hero of mine, and the idea of having John and Gary in a room together was very exciting to me. And he was very excited to play Chamberlain. His cancer was in remission, he’d gotten the all-clear, and on the morning of the first day of rehearsals he got out of bed, fell, smashed his hip, and was taken to the hospital. And for many weeks we weren’t sure whether he was going to be able to do it or not, and then it went downhill and unfortunately we weren’t able to work with him. He passed away on the last day of Chamberlain’s filming.' 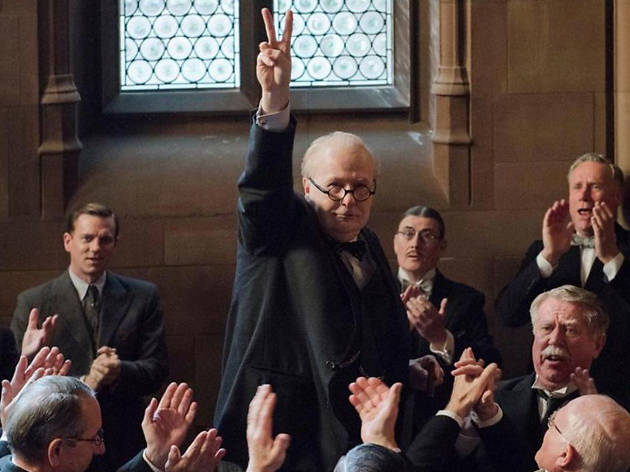 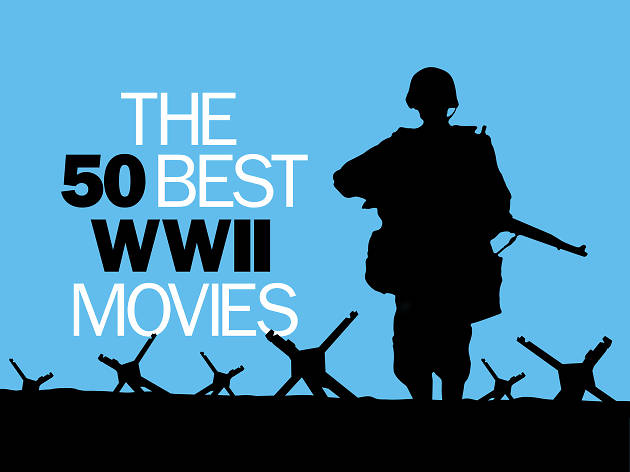 World War II was the most epic conflict in history and war films are a favourite with audiences and filmmakers, so it’s hardly surprising that cinema has been all over it it since hostilities began in 1939. From action epics to animated tragedies, knockabout comedies to brutally realistic dramas, here are the 50 greatest World War II movies as chosen by Time Out’s writers, aided and abetted by our guest contributor, ‘Inglourious Basterds’ director and war movie buff Quentin Tarantino.