My Account My Profile Sign out
My Account
Search
Worldwide Europe United Kingdom England London Lakeith Stanfield: ‘It’s disturbing to have a group of white people screaming “Rap!” at you’
Advertising

If you haven't come across Lakeith Stanfield, expect that to change pretty darn soon. He’s been quietly building a rep for himself in ‘Selma’, ‘Get Out’ (he was memorably eerie as a victim of the sunken place) and TV’s ‘Atlanta’. His latest, Boots Riley’s ‘Sorry to Bother You’, takes him a step beyond any of those. An absurdist comedy riffing on race and corporate life, it sees the Californian playing a telemarketer who rises up the ranks by channelling his ‘white voice’.

‘Sorry to Bother You’ is funny and dark. People are going to be confused as to what to feel.
‘Which is good. When I first read this script, I was confused [about it too]. You may have to see it two or three times to find out where you stand.’

How much did you relate to these characters?
‘Quite a bit. They’re all essentially aspects of Boots and his internal struggles. Everybody was real because he was honest enough to give his journey that integrity. I identified with every character.’

This is your third time working with Tessa Thompson. Why do you click?
‘I don’t think we take ourselves that seriously. We’re here to serve the story and we’re not really ego-driven, so it’s all good. We’re supposed to be in love [in this movie], so we fall in love and we make it happen.’

As well as an actor, you’re also a rapper, but there’s a scene in which you have to pretend not to be. What was that like?
‘It’s so disturbing to have a group of white people screaming “Rap!” at you. “Rap! Rap! Rap! Rap!”. It went on so long.’

Did you learn a lot about hip hop when you played Snoop Dogg in ‘Straight Outta Compton’?
‘It was dope. I wasn’t really into Snoop’s music, because I didn’t know much about him. I’d seen his “Doggy Style” album [cover] when I was young, and it confused me because there was a dog and it was sexy and it was weird. I was too young to be looking at that. When I was two I cussed my mum out. I was like [adopts high-pitched voice], “Fuck you!” It’s because I’d been watching so much of this stuff, so I was able to understand [the album] at that age.’

You’ve always taken really interesting roles, from indie drama ‘Short Term 12’ to ‘Get Out’. What’s guided your choices?
‘In the beginning, I was just trying to work and got to do that with some really cool people straight off the bat. Lately, I’ve been trying to do things that I feel just speak to me or where the character goes on a journey. I was initially wary of [playing] Darius [in ‘Atlanta’] because I was like, “Where the fuck is this guy going? Like, what is this thing?” Then I realised that Darius was going where no one else has gone. That opportunity to jump into the mystery of him was what I needed.’

Lastly, have you ever had a job as painful as Cash’s telemarketing gig in this movie?
‘I was a sign-twirler for a day. It was in a storm and I was like 90lbs, and the storm was taking me every which way. It was probably a good advertisement because I was blown all over the city with this sign.’

‘Sorry to Bother You’ is in cinemas from Fri Dec 7. 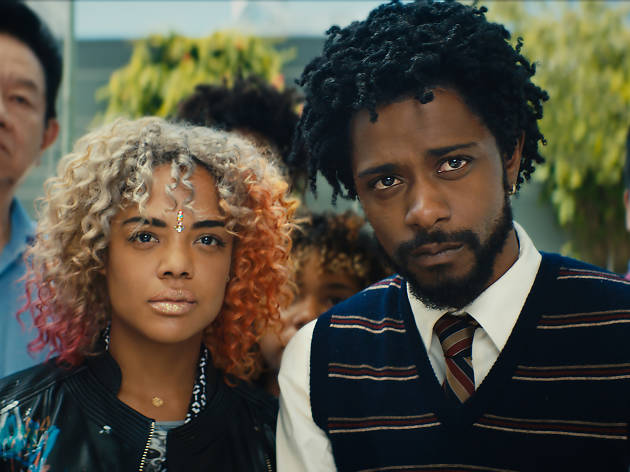