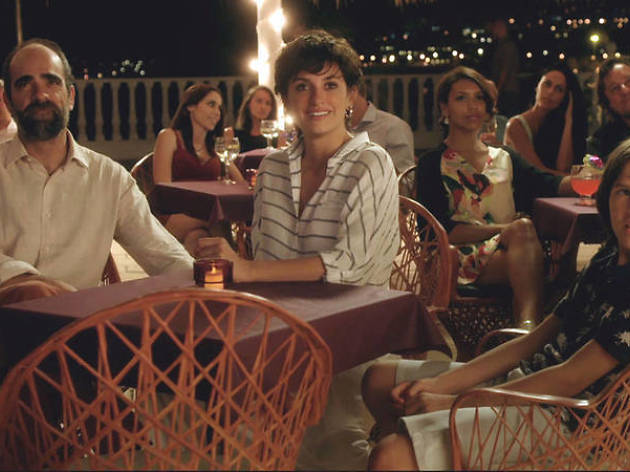 ‘A ghost is an emotion bent out of shape, condemned to repeat itself time and time again, until the wrong is righted.’ So says a grey-haired archivist in Argentinian filmmaker Andrés Muschietti’s over-egged English-language supernatural chiller. These words also fit perfectly with executive producer Guillermo del Toro’s view that the best ghost stories are suffused with melancholy. Sadly, particularly in the overwrought climactic scenes, the film’s tear-jerking conflict between distorted and nascent maternal love is drowned out by a surfeit of flashy visual effects.

Developed from his own three-minute short film, Muschietti’s first feature lumbers tattooed rock chick Annabel (Jessica Chastain) and her artist boyfriend with two feral children, abandoned in the woods and left to run wild when his brother committed suicide five years before. Neither is good parent material, but with the help of a kindly shrink, and despite an interfering aunt, the couple struggle to care for the partly socialised Victoria and her wilder younger sister, Lilly. Yet as the reluctant Annabel slowly discovers her own maternal instincts, she realises she is in competition with Mama (Javier Botet), a jealous spectral presence with its own primal need to protect the children.

The bony, angular Botet – familiar from the final scenes of ‘[Rec]’ – invests ‘Mama’ with an air of fierce, floating menace, suffused with a deep underlying sadness. However, in stark contrast to Chastain’s credible, affecting transformation from selfish musician to loving mother, the secondary characters and sub-plots are sketchily drawn. The ambiguous shrink’s archival rummagings and hypnotherapy sessions with Victoria merely fill in Mama’s back story; the aunt’s threats to involve social services come to nothing. Also, by splitting the action between several different characters and locations, the plot dissipates the suspense and lacks focus, as if it has been bolted together from disparate, ill-fitting pieces.