In a new York café, Mindy Kaling is imagining pulling off the perfect crime against her ‘Ocean’s 8’ co-star Rihanna. ‘She sometimes posts photos on her Instagram of getting all these beautiful shoes and clothes, and she’s like, “Thanks Balenciaga, you’re so nice!”’ says Kaling, looking like she’s flicking through a mental catalogue of RiRi’s freebies in her head. ‘If I had to heist her house I’d probably take some of that stuff because I don’t know if she’d even notice.’

It’s not a plot Kaling has to go through with, though. The comedy writer, actor and producer has already pulled off one daring con this year, as part of the all-female ‘Ocean’s 8’ crew who team up to steal a diamond necklace worth $150 million from New York’s prestigious Met Gala. She’s surrounded by household names in the reboot of the ’00s heist franchise (Sandra Bullock, Cate Blanchett, Anne Hathaway and Helena Bonham Carter among them), but Kaling steals every scene she’s in with her impeccable comic timing and relatable, natural presence.

Her name might be less familiar than some of her co-stars’, but Kaling is no newbie. Since making her breakthrough as the ultra-confident, drama-loving Kelly Kapoor on the US version of ‘The Office’, she’s cemented her place as one of the funniest, smartest talents in both film and TV, with roles in ‘Despicable Me’, ‘Inside Out’, ‘A Wrinkle in Time’, and her own show, ‘The Mindy Project’. ‘Ocean’s 8’ is her biggest moment to date, but it still feels like it’s only the beginning for one of Hollywood’s most underrated stars.

Heist movies are often male-dominated. Was it refreshing to be part of an all-female cast for ‘Ocean’s 8’?
‘Even in movies I love that star women, or are all-female, they’re all being oppressed, or [are getting] revenge for something terrible. There is a romance revenge plot in this movie too, though I’m in none of the scenes, so I don’t have any memory of them. But I love that, to me, this was just about doing a fun heist.’

In the film you play Amita, a jeweller. The first time we see her she’s working at the family business and being belittled by her mother. Were there any aspects of the storyline you related to?
‘Oh yeah, I’ve been underestimated countless times in Hollywood and my career. What was interesting in that role was that she was a character whose mother was obsessed with her getting married. I remember watching the movie thinking, “Okay, this is actually true of many people’s lives, no matter what nationality.” You turn 30 and you have this expectation from your parents that you’ll get married. I was so grateful that my parents were not at all traditional in that way. I probably have the least traditional life of any Indian woman in the public eye, certainly in the United States.’

Films like ‘Black Panther’, ‘Get Out’ and now ‘Ocean’s 8’ are pushing things forward in terms of representative and diverse filmmaking. What still needs to be done to improve things?
‘I think it would be great if studios didn’t feel like other all-female or majority women movies’ existence depended on the success or failure of an all-female movie like ‘Ocean’s 8’. Tons of movies featuring all white men have failed and we’re like, “Oh that’s okay! That was just a one-time thing!” I would love to be afforded the same mistakes or learning curves that other people were.’

What was it like attending the real Met Gala after having your own pretend version for the movie?
‘In the movie, I spend most of the time under the building, so when everything glamorous was happening upstairs with the exhibits, I was downstairs with 12 extras, washing dishes. It was nice to be upstairs with the glamour!’

You’ve written and produced a TV adaptation of ‘Four Weddings and a Funeral’.  Are you a big fan?
‘What I love about the movie is the rapport between the friends, the Richard Curtis tone, the relatability of weddings, and seeing the heartbreak of one of the friends dying and the group rallying for each other. I know it’s a romantic comedy, but I think of it so much as a movie about friendship. This is a limited series and it’s set in London so I’m going to be moving to London for a while, which will be fun. It’s not an adaptation telling the same story, though. It stars an African-American woman and a British-Pakistani man.’

Are you going to be in it, too?
‘No, this is a young, cool friendship group. I’m too old and square to be hanging out with them!’

What was your last trip to London like?
‘I was there for research so I spent a lot of time in Hounslow not doing anything Hollywoody, just research, talking to people and trying to chat up cab drivers, which was not hard at all. I also did a Richard Curtis-slash-Mindy Kaling tour of London. I went to  Gymkhana with [‘A Wrinkle in Time’ co-stars] Reese  and Oprah. Did a little shopping so, of course, I hit Selfridges, and went to the National Theatre and saw Bryan Cranston in “Network”, which was awesome.’

Do you remember the first time you visited London?
‘I think I was 11 when I came with my parents. Broadway was so much closer to us growing up in Boston, but the way to see theatre for my parents was to cross the ocean and see it in the West End. We saw “Me and My Girl” and “Miss Saigon”, which I think is an American play!’ 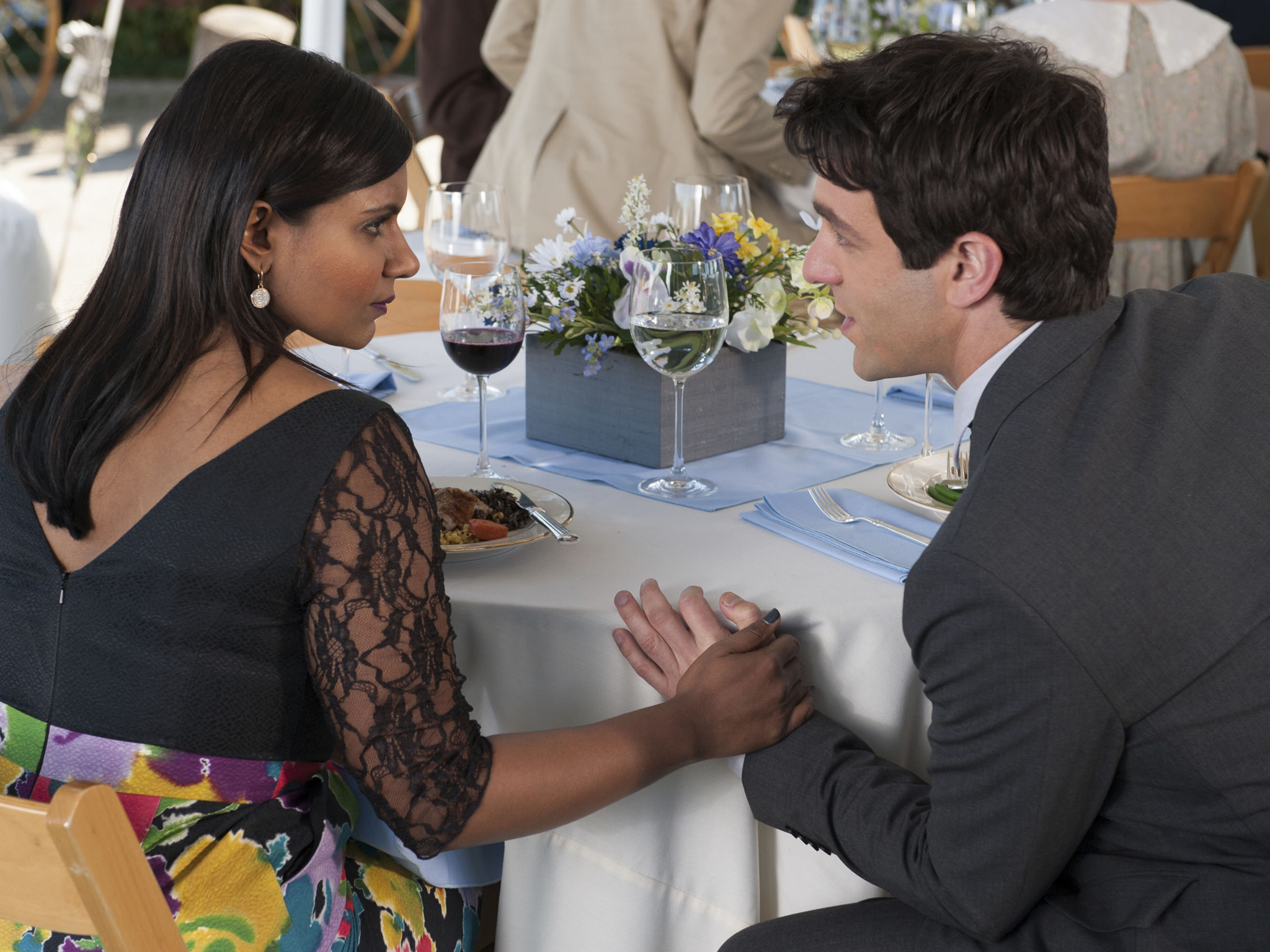 According to the internet, you own 1 percent of Swansea City FC…
‘Yes, I’m not even sure if it’s 1 percent, but that is true. I’m not a big football fan, but they make me want to become one. I was very sad when they got relegated. When that happened I was getting tweets like, “Why aren’t you doing something about this? Stop promoting ‘A Wrinkle in Time’ and care more about Swansea!”’

Did they want you to give the team a pep talk?
‘Yes, and they’d have been like, “Who is this Indian TV actress from the United States? Why is she bothering us?”’

Next up, you have a film in the works about late-night TV…
‘Emma Thompson’s in that. I’m just thinking, I’m secretly obsessed with England. Or not secretly, it just keeps recurring. “The Office” was a remake. I own part of a football team. Emma Thompson’s the star of my other movie. And now I’m doing “Four Weddings and a Funeral”! I’m a secret Anglophile. What a creep I am! Who knew?!’ ν

Read our review of 'Ocean's 8' 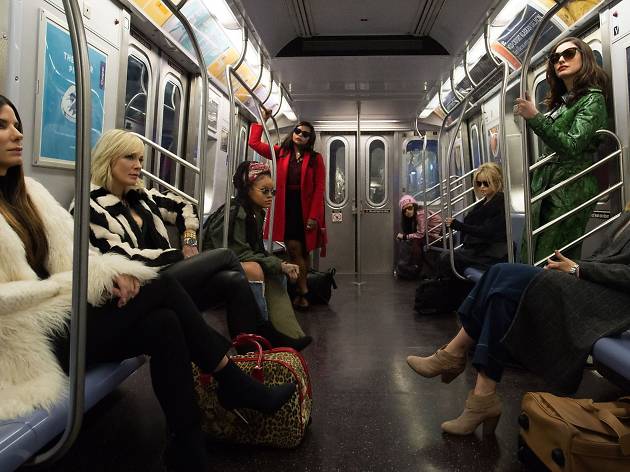