‘Rogue One: A Star Wars Story’ is a film precision-built to satisfy Star Wars fans: set immediately before the first movie (or the fourth, depending on your perspective), it details the efforts of a breakaway band of Rebel Alliance soldiers to steal the plans to the Empire’s new planet-busting weapon, Death Star. So will the film satisfy hardcore nerds – or, like the notoriously off-putting ‘Star Trek: Into Darkness’, is it trying just a little too hard to please? It's mostly the former, reckons our resident Star Wars expert Tom Huddleston. 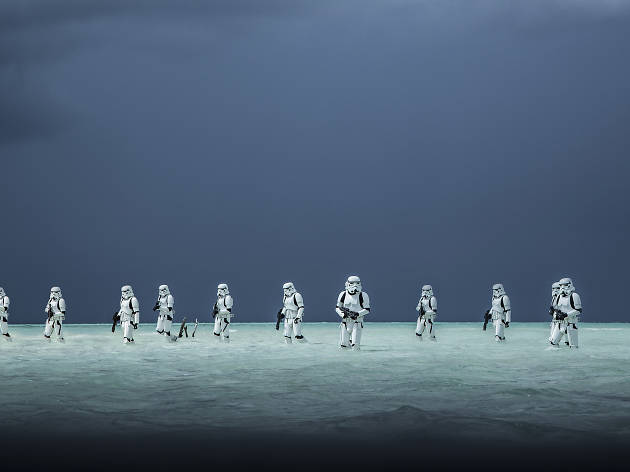 It’s long been a bugbear for Star Wars fans: the Empire go to all this trouble to build the Death Star, the universe’s most powerful battle station, but they just happen to leave a handy little back door open, like an external self-destruct switch. In ‘Rogue One’, we learn that the exhaust port wasn’t a mistake at all, but the intentional sabotage of the station’s weapons designer Galen Erso. I’ll never watch ‘Star Wars’ the same way again – in the best possible sense. 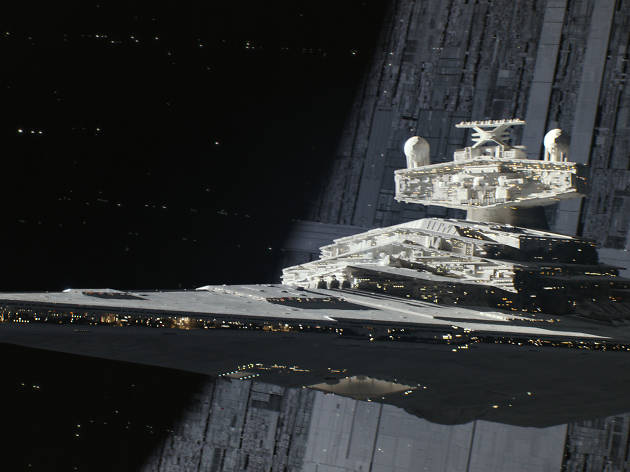 There’ve been numerous reports suggesting that the end of ‘Rogue One’ links up perfectly with the beginning of ‘Star Wars’. That’s not strictly true. Take for example the scene in ‘Star Wars’ where Darth Vader interrogates one of the officers aboard the rebel ship Tantive IV, who tries to convince the Dark Lord that he’s ‘on a diplomatic mission’. In the ‘Rogue One’ universe, Vader has just watched the ship fleeing a major battle – he knows precisely why they’re out there. These little niggles are going to make back-to-back viewings a teensy bit problematic. 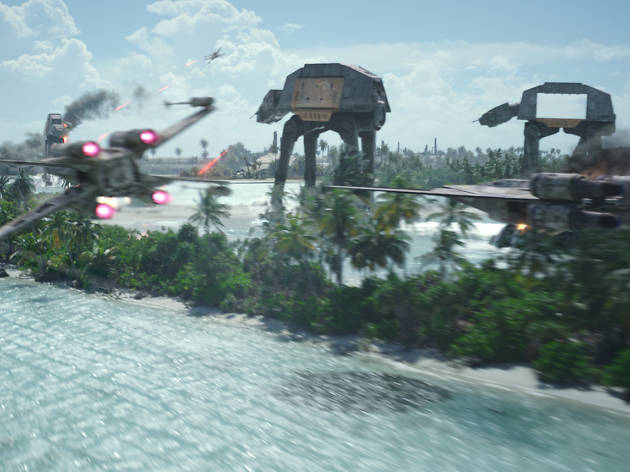 I very quickly lost count of the number of in-jokes littered throughout ‘Rogue One’: the brief appearance of the Ghost from cartoon series ‘Star Wars Rebels’, a fleeting cameo from the galaxy’s-most-wanted Cornelius Evazan and Ponda Baba, the squeak of a mouse robot off in the distance. At the screening I attended, there was a spontaneous cheer when actual footage of two X-wing pilots from the original ‘Star Wars’ were seamlessly cut into the film, a lovely tribute to some of that film’s notable bit-players. 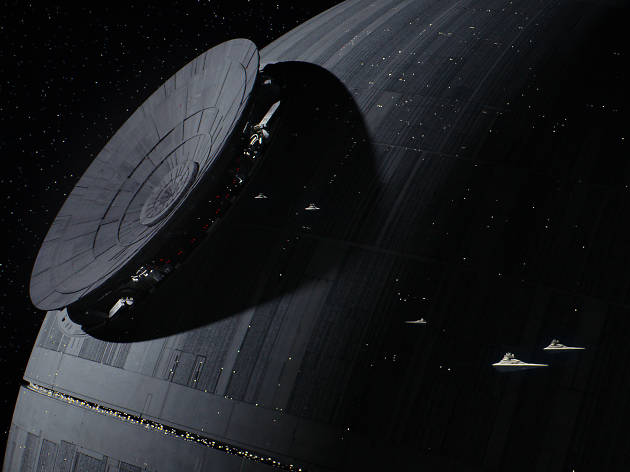 The appearance of a digitally rendered Peter Cushing, back to rule over the Death Star as the Grand Moff Tarkin, is already the most divisive element in ‘Rogue One’. Some reviews have praised the lifelike appearance of the animated figure, while other have been less kind – a critic friend described it to me as ‘one of the most immoral, dehumanising things I’ve ever seen’. Personally, I find it distractingly fake and creepy, a trip into the uncanny valley complete with a none-too-convincing Cushing voice. They’d have been better recasting the role. 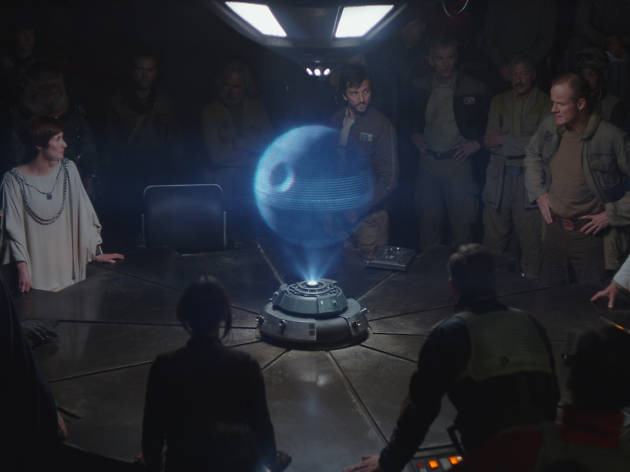 One of the great joys of ‘Star Wars’ has always been spotting British actors you love in the most unlikely circumstances. Whether it’s Mr Bronson from ‘Grange Hill’ as an Imperial officer or Danny the stoner from ‘Withnail and I’ as a fighter pilot, it’s always a treat. But ‘Rogue One’ takes it to a whole new level. Look, there’s Barristan the Bold from ‘Game of Thrones’ as a Rebel official! And isn’t that the scenery-chewing priest from ‘The Exorcist’ chatting with Sandy from ‘The Night Manager’? And now they’ve got Geraldine James flying an X-Wing! 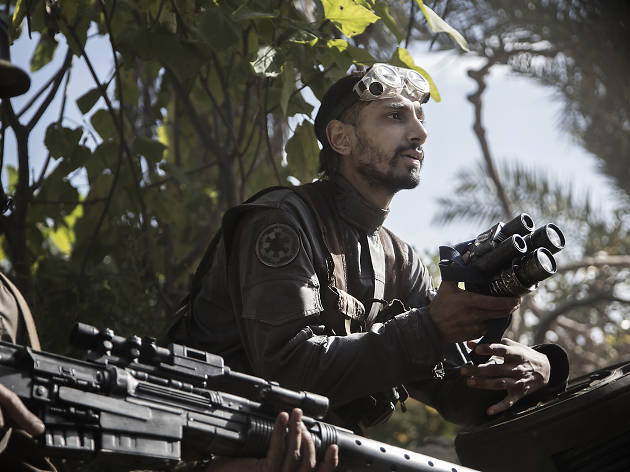 Like a lot of modern blockbusters, ‘Rogue One’ tries to cram a hell of a lot of story into a relatively tight space, so something inevitably has to give. In this case, it’s the characters: Felicity Jones and Diego Luna both shine as the bickering heroes at the centre of the story, but a few of their supporting team run out of steam fairly quickly. A case in point: Riz Ahmed’s Imperial defector gets a terrific introduction, followed by a spot of alien telepathy which threatens to destroy his mind. Then he just sort of… gets better. 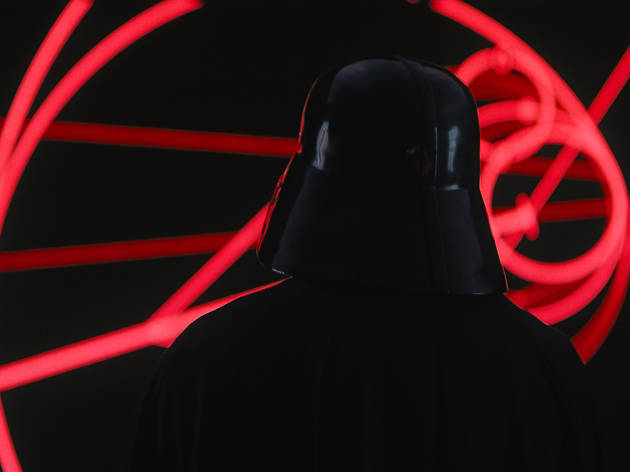 If there’s a single scene to shout about in ‘Rogue One’, it occurs right at the very end, as Darth Vader attempts to prevent a team of Rebel soldiers from passing the Death Star plans on to their colleagues aboard the Tantive IV. As the men crowd desperately into a blocked-off corridor, Vader whips out his sabre and takes them out one at a time, without so much as a quickening of his hissing breath. It’s the Sith Lord in excelsis, and it’s absolutely badass. 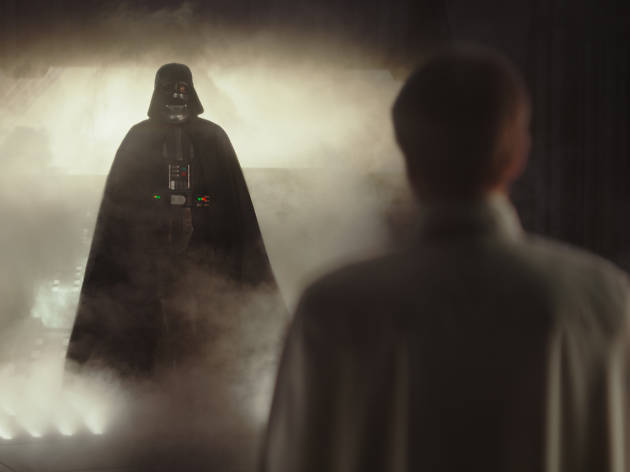 If you’ve ever wondered how Arnold Schwarzenegger would play the character of Darth Vader, a little glimpse into that nightmare scenario arrives roughly half way through ‘Rogue One’, as Orson Krennic (Ben Mendelsohn) interrupts the Dark Lord at his awesomely evil castle-above-a-lake-of-fire holiday cottage and demands to be placed in charge of the Death Star. Vader, inevitably, gives Krennic a touch of the old force-based strangulation, before wheezing ‘Don’t choke on your ambition, Director Krennic’. Groooooan. 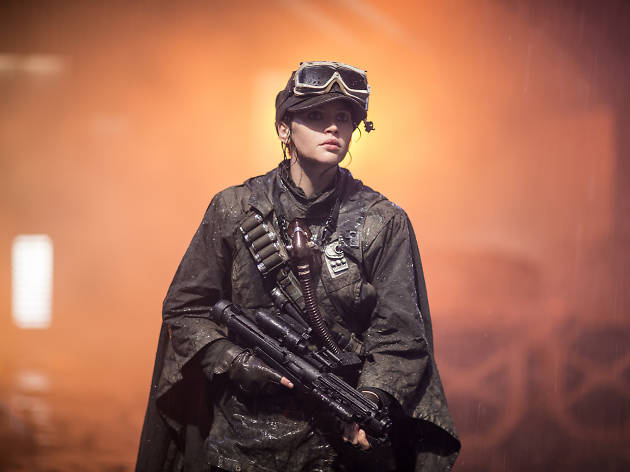 Star Wars is beloved of moviegoers all over the world, not just middle-aged white guys hunched over their laptops. So when ‘The Force Awakens’ made a determined and necessary effort to bring diversity to the Star Wars universe, we applauded. But ‘Rogue One’ goes much further, not just doubling down on diverse casting but accentuating the series’ underlying themes of unchecked power, corporate cruelty and the need for resistance (the rebels even throw IEDs under Imperial tanks). Basically, it turns out those Breitbart-reading, Trump-loving, men’s-rights-campaigning #dumpstarwars twits on the internet had a point all along: ‘Rogue One’ really does stand against everything they believe in. And good thing too.

Read our interview with Gareth Edwards 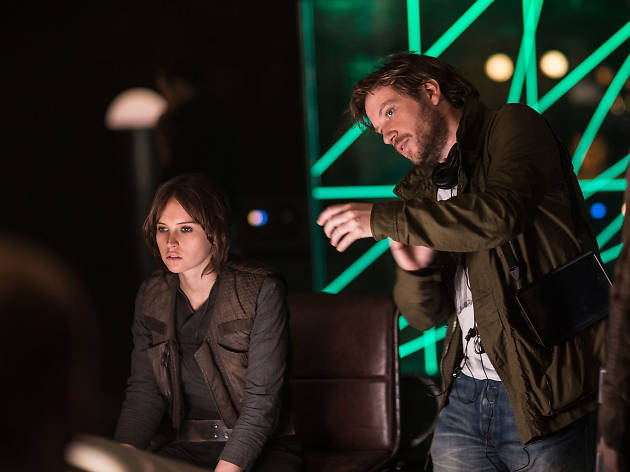 The director of 'Rogue One' discusses his lifelong Star Wars obsession, from novelty bedsheets to a birthday trip to Tunisia...