My Account My Profile Sign out
My Account
Search
Worldwide Europe United Kingdom England London Owen Wilson: ‘I get a lot of street cred for playing Lightning McQueen’
Advertising

Owen Wilson’s Texan drawl is unmistakable at the end of the phone line. As a ‘Zoolander’ devotee, I’m a little star-struck. I could be chatting to so-hot-right-now Hansel, the airheaded supermodel. And then it’s clear I’m not. Wilson is in no way narcissistic or self-absorbed enough. He wants to know where I am in London – ‘I finally feel like I’ve turned a corner on getting to know the city’. What time is it? What’s the weather like? ‘It stays light late in London this time of year, doesn’t it?’ He wants to know if I worry about how much time I spend on social media. Of course, I’m supposed to be interviewing him.

We’re here to talk about the return of ‘Cars’, in which Wilson is the voice of racing car Lightning McQueen. It’s the third instalment of the franchise, which is beloved by kids around the world. The movie finds Lightning in a sticky situation, facing retirement after a catastrophic crash.

What made you want to return for another ‘Cars’ adventure?
‘With two little kids [sons Ford and Finn], I get a lot of street cred for playing Lightning McQueen. I like it. They really got into the spectacle of it this time, going to Disneyland for the premiere and doing the “Cars” ride.’

Ah. They must be super impressed.
‘Yeah. They definitely enjoy it… They have a new toy, a car that you control from your phone. It races around and talks a lot. It’s my voice so I expected them to be blown away when I bought it home, but they were nonplussed. They still believe in superheroes and monsters, so I guess having your dad’s voice come out of a car is okay. It’s just not that big a deal.’

Kids go crazy for ‘Cars’. What movies did you love when you were younger?
‘As a little kid you like every movie. You just feel lucky to be at a movie theatre. [My sons are] starting to get into movies. I watched “The Karate Kid” with them recently because my six-year-old is into karate. “The Graduate”, “Harold and Maude”, “Animal House”. Those were the movies I remember loving as a teenager.’

Did you dream about becoming an actor when you grew up?
‘No, no, no. It was really something I just stumbled into. A one-night play, something that my friend Wes Anderson wrote, was my first experience of acting. When I was a kid I wanted to be a football player with the Dallas Cowboys.’

You play a racing car in ‘Cars’, but you’re more of a bicycle man in real life, is that right?
‘Yeah, I guess I am. I love those Brompton bikes. That’s the bike I have in London. I love riding around a city. Less for exercise, more for just cruising around. It suits my attention span.’

In this movie, Lightning McQueen is being overtaken – literally – by fancier, technologically-advanced new motors. Are you good with tech?
‘No, I’m not great. I take after my dad. To turn off the toaster he would have to just unplug it. Now, with social media, I haven’t really adapted to that. I just haven’t signed up. I use WhatsApp. I guess that’s kind of my version of social media.’

‘Cars 3’ explores the idea of the older generation stepping aside and letting the younger generation take the limelight. Did that resonate with you?
‘Everyone struggles at different times. It’s hard to do something on your own. You need other people. I found that moving.’

Did it remind you of starting out in showbiz?
‘For sure. What gave me my start was James L Brooks bringing me, Wes [Anderson] and my brothers out to Los Angeles to work on our first script and movie. He absolutely changed our lives. If you succeed, you can usually trace it back to someone who you relied on for help.’

You recently starred in Woody Harrelson’s ‘Lost in London’, a movie shot in real time and streamed live into cinemas while it was being filmed. What was that like?
‘I honestly feel like it was one of the best creative experiences I’ve had. I was freaking out in the fall when Woody was saying he was going to do it. No one had really done anything like it. I haven’t done plays, I don’t really love live stuff. I was kind of nervous about it. But it ended up being a great experience. I’m sure a self-help guru would say I faced my fears.’

What’s next? ‘Zoolander 3’?
‘I don’t know if that’s going to happen. I was talking to Ben [Stiller] earlier. It wasn’t about “Zoolander 3”. You never know!’

Read our review of ‘Cars 3’ 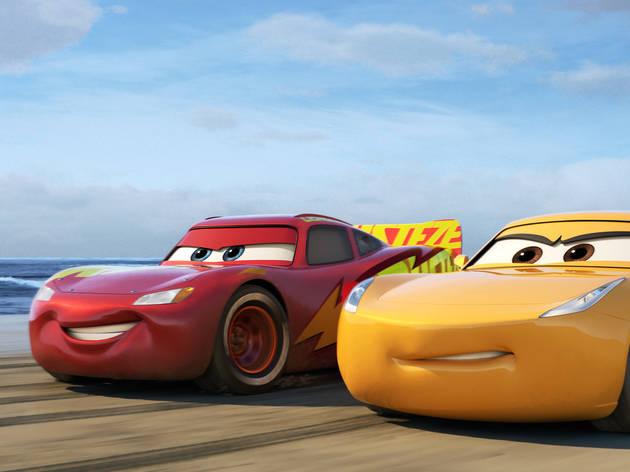