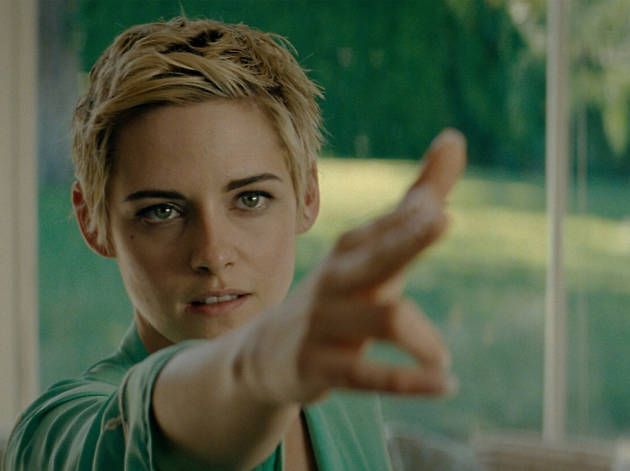 Kristen Stewart struts her stuff in this psychological thriller about Hollywood star Jean Seberg falling foul of the FBI in ’60s America.

An actor whose tragic trajectory is the stuff of Hollywood infamy, Jean Seberg is still probably most famous for redefining cool in a Herald Tribune T-shirt in Jean-Luc Godard’s ‘Breathless’. ‘Seberg’, a well-intentioned but pedestrian account of her real-life dalliance with the Black Panthers and subsequent persecution by the FBI, won’t change that, though it might change the perception of Kristen Stewart’s chops and range. Her performance burns with far greater intensity than the middling material that surrounds it.

Closer to a surveillance drama than a biopic, ‘Seberg’ shows this idealistic, unguarded starlet trying to put her fame and wealth to good use by supporting the civil rights movement – and how easily that narrative was hijacked by a reactionary establishment. She meets Black Panther Hakim Jamal (Anthony Mackie) on a flight, falls into bed with him and is soon deep into ’60s racial politics and radicalism.

The film is at its best showing how easily a Hollywood star could needle the paranoid authorities, and the precarious soft power that lent her. ‘We need a shotgun to get people’s attention,’ a Panther tells Seberg, ‘you get a haircut, you’re on the front cover of Life magazine.’

It ought to be a juicy enough story without fictional bolt-ons, but that’s what the screenplay offers with the addition of a conflicted FBI agent (Jack O’Connell, solid enough) and his bigoted boss (Vince Vaughn, Vince Vaughn-ing). This subplot is meant as a handy entrée into J Edgar Hoover’s prurient, morally bankrupt surveillance culture – O’Connell’s G-man learns that ‘Hoover likes to hear the bed springs creak’ – but only serves to drag things off topic. Stewart’s firebrand turn deserves better, so does Seberg.