My Account My Profile Sign out
My Account
Search
Worldwide Europe United Kingdom England London Damon Albarn interview: ‘I walk around in my pants – I’m just a normal dad’
Advertising

It’s 10am at a rehearsal studio in north London and Damon Albarn is hanging on for dear life. This stadium-rousing frontman and generational poster boy is a gibbering rag doll of a man when I approach him, standing awkwardly in a long corridor like a naughty child sent out of class. The only thing sharp about him is his suit, matched by sunglasses to cover bloodshot eyes. ‘I’m going to be a nightmare today’ is his early forecast. It’s hardly a scoop to find a rock star with a debilitating hangover. What is surprising, however, is the honesty that follows. After two decades as a guarded British cultural icon, Damon Albarn may finally be opening up.

It wasn’t always like this. Blur’s ‘Parklife’ (released 20 years ago this week) made Albarn a huge star. Yet his brashness, his conflicting bookish v blokish persona and the hubris of ‘the battle of Britpop’ with Oasis had turned many against him by the end of the ’90s. A more humble and earnest musician has since emerged. Albarn thrived behind the cartoon façade of Gorillaz, becoming a global player and showing how his remarkable songwriting could transfer across seemingly endless genres. When Blur roused Hyde Park to celebrate the end of the 2012 Olympics, it felt like national hero status had finally been conferred on their frontman. Today, though, he’s a hero who looks like he might cry into his canteen breakfast. I suspect he’s prone to teary hangovers? ‘Oh absolutely,’ he replies, with a stare and a moist gob of egg on his shirt. ‘I might get a bit emotional.’

These should be perfect conditions to discuss ‘Everyday Robots’, the 46-year-old’s first solo album and a deliberate attempt to lay himself bare, from his childhood in Leytonstone to the complications of having ‘a cheating heart’. It’s almost too perfect, in fact: today Damon is oversharing in all directions. Maybe it’s because he’s kept schtum for so many years. Maybe it’s the after-effects of a colossal bender (timed to coincide with his 14-year-old daughter’s half-term). Who cares? It’s just heartening to know that a national icon wanders round the house in just his pants.

What made you choose this point in your career to release your first solo album?
‘The blunt answer is that Richard Russell [producer and owner of London’s XL Records] asked me to make it. We agreed from the start that it would be a really melancholic and introspective album. It’s an egocentric project, in the true meaning of the word!’

Are you egocentric? It must be hard not to be if people are so attracted to you.
‘Complicated. It’s just complicated. I don’t do what I do by accident, I do it by necessity.  Being an attractive person is something you can’t possibly be conscious of. It’s either there or not there. I talk about it on the record.’

Much of ‘Everyday Robots’ seems inspired by the pervasive influence of the internet, but you don’t do social media. Where are you getting all this material from exactly?
‘When I watch my daughter on Snapchat, almost every single syllable is accompanied by her sending a facial expression. Is it not getting to a somewhat manic level? I’m not in fear of this stuff, for the record. I’m really interested in it. I just enjoy looking someone in the eye more.’

What’s it like living with a teenage daughter?
‘Life is very different in my home. My status is extremely different. I’m not taken very seriously, in a good way. I walk around in my pants, which my daughter finds highly embarrassing. I’m just a normal, down-to-earth dad.’

A dad who’s hungover.
‘Every time school holidays start, it feels like work is finished and I can take a bit of a holiday.’

What else do you do that embarrasses her?
‘I do this really annoying thing when I’m watching telly where I’ll sit there trying to pull out a hair from my beard. She finds that very annoying. I don’t blow my nose when it’s running. I eat with my mouth open: I’ve got as many bad habits as anyone else! I also do loads of funny voices and characters that all the kids in my family have grown up with. It’s a side of me that’s never been very public. The older ones would be mortified if I transformed into a character now.’

You still live in London, one of the most ethnically diverse places in the world. How does it make you feel when David Cameron says that ‘multiculturalism has failed’?

‘London has an ever-changing history. It’s a tapestry that is unfolding endlessly. Of course he’d say that, because it was a Labour conceit. It sounds like nonsense to me. I don’t care what he thinks, to be honest with you.’

You talk on the album about your past use of heroin. What made you put that out there now?
‘I wanted to say it. I wanted to explain something that was really profound for me and had a massive effect on my life 15 years ago. It was a long time ago.'

I know that this might be a touchy subject for you.
‘I’m not touchy. I’m just aware there’s an ambiguity and that my explanation can get lost in the sensational amplification of things. So I’m left with two options: I either become really guarded and aloof, and return to this reputation I’ve had over the years of being a difficult bastard, or I just don’t talk at all. It’s really frustrating… you must understand that?’

Some people would find it hard to understand. They’d see taking heroin as a mistake.
‘But I don’t totally see it as a mistake! That’s the point. It was part of me growing up. Look, I didn’t go out and look for it. I turned up at my house and there it was, made on the table. What should I have done? Leave my life and reject it, or stay in my own house and somehow assimilate it into my life? Once I’d tried it, I found it initially very agreeable, and very creative.’

Any other dark secrets you’re prepared to share with us?
‘I’m actually really passionate about puppets. I had these puppets made of me when I was in Jakarta. I originally wanted to use them in a video for a song on the album, “Hollow Ponds”, which has a strong dateline of me growing up. So now I’ve got these ten puppets of me at home – and one of Barack Obama. I may turn it into a puppet show for kids. I love puppets. Punch and Judy, shadow puppets… I’ve always said to myself that when my hair falls out, I’ll start doing puppet theatre.’

Do you worry about your hair falling out?
‘No. I really don’t. I used to, when I was younger and vainer. But now, I can’t wait. I’ll be able to stop doing this shit!’

Are you still feeling emotional?
‘Well I spend about half of my life emoting in one way or another. Thank God I have a job where I can get away with it.’

‘Everyday Robots’ is released on April 28. 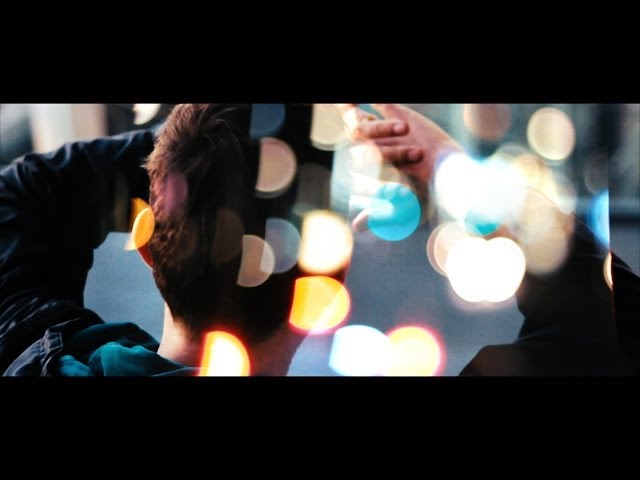