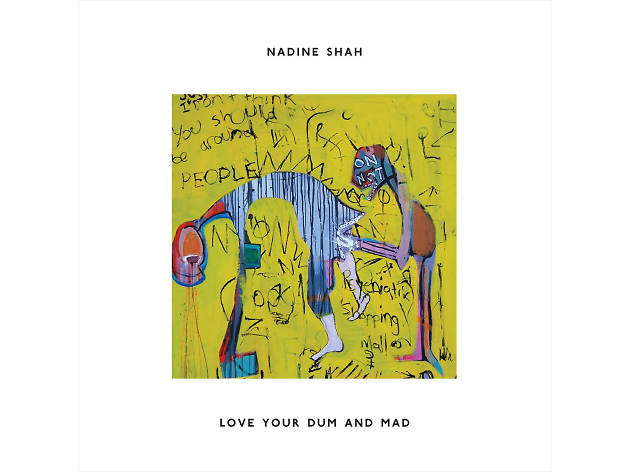 Awesome thing about Nadine Shah’s debut album number one: her vast, deeply northern and darkly beautiful voice, like velvet drape curtains thick with bar smoke or a broad sky heavy with rain. Its sheer power once flustered the local paper in Shah’s northern coastal village of Whitburn into running with the ill-advised if appreciative headline: ‘Little girl that sings like a black lass’.

In fact the singer, now 27 and well clear of the community halls, channels some of the intoxicating sadness of her Pakistani father’s Urdu ghazals. But as she towers, glowers and quakes her way to sure-fire Mercury Prize-nominee status, she sounds like nothing so much as a Geordie PJ Harvey.

Awesome thing about Nadine Shah’s debut album number two: producer and co-writer Ben Hillier, whose recent credits include Depeche Mode and The Horrors, and who brings an industrial edge that should forever deliver Shah from those early gigs at Dean Street’s Pizza Express Jazz Club. He causes ‘Love Your Dum and Mad’ to commence, on ‘Aching Bones’, with the most demented clanging this side of Einstürzende Neubaten, and gradually bleed, across the flip side, into cavernous piano ballads.

Not that this sound is imposed. Shah cued it in herself by suggesting they record on an industrial estate in her father’s carpet warehouse. Here she bashed away at her reverberating Grand with all the sturm and drang of a self-taught pianist who’s drawn to minor chords because she ‘likes the shape my hands make’.

Awesome thing number three: the unexpected stories Shah uses the resulting high-drama sound to narrate, from the abandoned housewife of ‘Runaway’, with her right to the family home and her redundant red silk dress, to the social stigma around mental health issues (on ‘Floating’, one of several tracks dedicated to the memory of her late friend and cover artist Matthew Stephens-Scott, from whose work she also borrows the album title). Closer ‘Winter Reigns’, meanwhile, is about finding physical warmth and social acceptance over a glass of port in her local pub, its tinkling piano melody snowed in, courtesy of Hillier, by an ominous approaching rumble.

Cosy and cataclysmic all at the same time, this is one of the most compelling expressions of Great British gothic since Morrissey made a date at the cemetery gates. 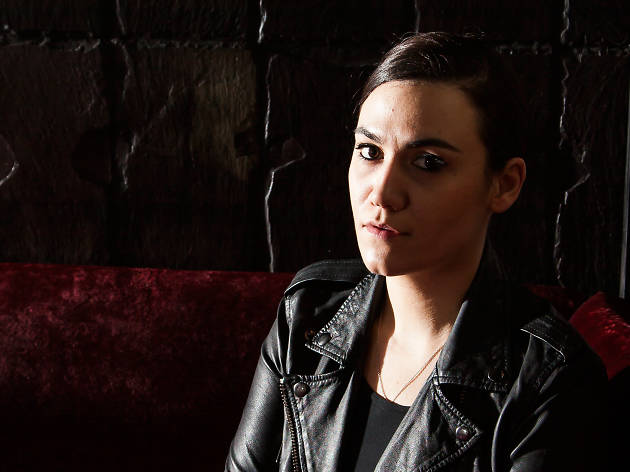 ‘What do you mean, I’m not famous? I’ve got a fucking blue tick on Twitter!’ Tall, dark and dressed from head to toe in black, Nadine Shah looks every inch a rock star as we sit down at the suitably gothic bar/curiosity shop The Last Tuesday Society in Hackney. She’s a hypnotic presence on stage, too, singing dark and sweepingly beautiful songs backed by clamorous alt rock. She’s attracted endless comparisons to PJ Harvey and Nick Cave, and now she’s about to release her second album ‘Fast Food’: a bold and gorgeous record which deserves to win her hordes of new fans. So things have changed since her parents (one Pakistani, one Anglo-Norwegian) used to drive her around the country from her home in Whitburn to take part in tacky teen talent contests. Back then she was ‘obsessed with fame’ and in love with Whitney and Mariah. Then she discovered Nina Simone and moved to London to become a jazz singer. After a spell at Camberwell College of Art, she teamed up with producer Ben Hillier (famous for work with Blur and Depeche Mode) to write her debut album ‘Love Your Dum and Mad’. Now she’s a rising star – though she doesn’t talk like one. ‘I have verbal diarrhoea and a mouth like a fishwife,’ Shah warns me, and in the next 40 minutes she does an uncanny impression of Tim Westwood, calls one of the UK’s biggest festivals ‘shit’ three times, and confesses to getting plastered in Ikea. Ladies and gentlemen, Nadine Shah! You’ve spoken before about the influence of the Urdu music your