In a very real way this kitsch-retro cabaret/gallery is responsible for turning República de Cuba street in the Historic City Center into an alternative to the usually poppin’ Zona Rosa LGBT neighborhood. And this alternative is legit.

Even though you’ll still catch them playing Katy Perry and the pink overload is in full effect, you’ll also hear them blasting Radiohead and The Pixies throughout the night. “They have to,” says Victor Jaramillo, one of the owners of this gay club that stands alone in that it makes sure it has a unique flavor to it. Unlike many gay clubs in Mexico City, Marrakech Salón doesn’t play into the typical gay stereotypes that have plagued Mexico for so long. Here, the idea is to have fun and be able to laugh at oneself - something that’s not all the common in the LGBT community.

This spot is different even if just for the location. It’s on one of the less polished streets in downtown Mexico City. However, as night falls, the neons that adorn Marrakech illuminate the surrounding crumbling buildings in a way that’s almost glamorous.

There’s no cover, no doorman, no velvet rope. Just a security team and a metal detector that, in tandem, make sure that people aren’t carrying anything that may jeopardize the safety of the clubbers inside; they’ll check your backpack or purse and that’s it, in you go.

Once inside, the roof is a few feet taller and it will be crowded. If you get here after 10, get ready to have to muscle your way to the bar. Once you make it, the payoff are the obscenely cheap drinks: 30 MXN for a beer and 50 MXN for mixers. There are also house cocktails like the Chichifo, made with chocolate liqueur from Tabasco, and the Mayate, mint liqueur and soda water.

It's not just about the cheap drinks here, though. It’s also an impromptu cabaret where anyone can hop on the dance floor to be cheered, catcalled, or even booed as they show off their best dance moves. This is when things get really interesting as those who are pining for a little extra attention are known to drop their trousers a little (or a lot) and flash a little more skin. You’d be shocked to hear they’re not professional strippers.

If you get here early, grab the 2x1 special (until 9pm) and perch on one of the very few tables toward the end of the club. There are even a few chairs strategically placed that offer a panoramic view of the whole place; in case you’re not in to standing all night.

On the walls hang pictures detailing the evolution of gay culture in Mexico, some of which are strikingly powerful and emotive. Like the black and white still of gay boys being arrested in an anti-homosexual raid just a few years before the 20th century where authorities would round up anyone suspected of being gay. There’s also the gigantic image of a single gay man standing in a sea of soldiers; according to Jaramillo, this one won a photojournalism contest. They also screen Mexican movies from the 70s on the walls – features like, El Sexólogo with Andres Garcia and Angelica Chain.

At some point between 11:30 and midnight, the parade of strippers and drag queens start. With individuals depicting legendary Mexican “Dirty-Divas” like, La Tesorito or Daniela Romo.

As you head out, take a moment to soak in the phrase painted on the exit: “Gracias por su preferencia… sexual.” Which is a way to say: “Thank you for being you”; a nod to the gay community. 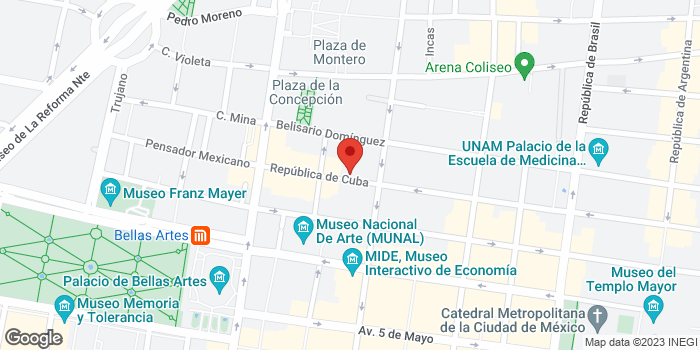