It's like Broadway... but in Polanco. That’s what was promised by creators of the newest and most well-equipped theatrical venue in Mexico City, similar to the New York Minskoff and the London Coliseum. Both of which are symbols of musical theatre.

Located six floors underground, this auditorium is also considered to be the most complete in Latin America because it is the only one to have the Advanced Constellation Audio system, which includes 270 loudspeakers distributed throughout the room (24 x 24 meters). This is all to say that, from each of the 1,400 seats, the spectator hears as if their seat were only six meters from the stage.

The construction of the Telcel Theatre began in 2008 and the design concept was headed by Spanish architect Antón García Abril, who borrowed from the composition of ancient Mexica temples, by creating terraces and platforms. The main design allows the access of natural light, similar to pre-Columbian architecture.

The hall was created by Mexican architect José de Arimathea Moyao, who has been in charge of designing important stages such as the Sun Forum, the Pepsi Center and the Telmex Auditorium in Guadalajara.

Since comfort is a requirement for the enjoyment of any show, the armchairs are 52 centimeters wide and interspersed so that the people in front of you don’t hinder your visibility. The distance between each row is an refreshing 95 centimeters.

Federico González Compean, corporate director of the international division of the CIE group, invites you to leave your car in the parking lot and take advantage of the time before the show by exploring nearby spaces such as the Soumaya Museum, the Jumex collection and Plaza Carso.

The theater opened with the musical “Wicked,” one of the most successful shows on Broadway. 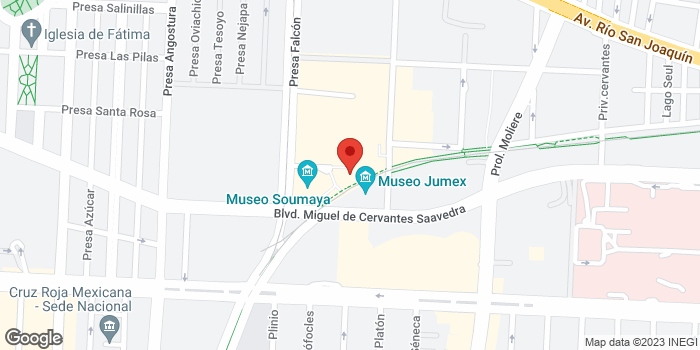