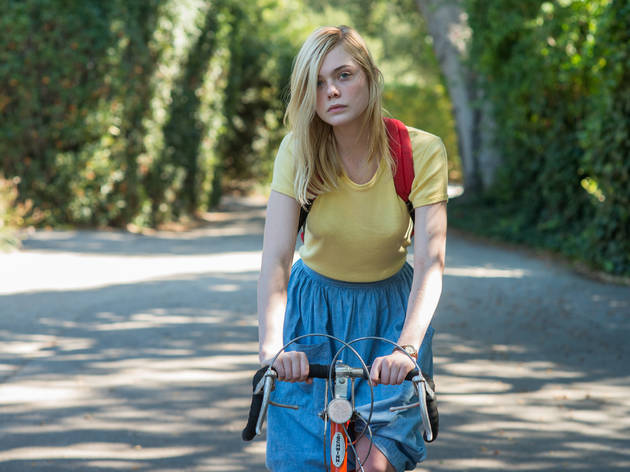 Set at the end of the 1970s, liberation, motherhood and sex swirl in Mike Mills's captivating evocation of his teenage years

Daringly freeform, this wise, often lovely domestic comedy from writer-director Mike Mills is first and foremost an attitude: Southern California, loose-limbed, Converse-clad and easing down the road on a skateboard. It’s 1979, and even though Ronald Reagan’s harshness is just around the corner, '20th Century Women' is backward-glancing, concerned with a 1960s and '70s counterculture that's still in self-discovery. This autobiographical film is set at a moment when bohemian sympathies and unconventional households could still give it a go. In the movie’s gorgeous Santa Barbara mansion – towering, shabby and accommodating – we feel Mills’s entire worldview in bloom, the one that previously hatched such off-kilter family portraits as 2005's 'Thumbsucker' and 2010's 'Beginners'.

The characters of '20th Century Women' inspire an ensemble story that's just substantial enough to impress you by how uninhibited a movie can be. Jamie (Lucas Jade Zumann) is a quiet teenage boy. The three glorious women in his life wonder if he needs more structure – that’s basically the whole plot – but combined, these women are the best education he’ll ever have.

There’s Julie (Elle Fanning, magnetically fragile and the best thing in the movie), the girl who sneaks into Jamie’s bed for platonic sympathy. Downstairs, there’s purple-tinted art punk Abbie (Greta Gerwig, building up a tricky sense of empowerment), a lodger who grapples for meaning. And lastly, Jamie’s mother, Dorothea (Annette Bening, going well beyond typical indie-mom feistiness), is a chain-smoker and libertine: divorced, plain-speaking, worried. 'She’s from the Depression,' it’s often said of her, the words taking on a double meaning.

When '20th Century Women' concerns itself with the utterly human question of personal satisfaction, it’s huggable: the kind of movie you wish more directors had the courage to grab for. ('Wondering if you’re happy – it’s a great shortcut to being depressed,' offers Bening’s Dorothea in the script’s sharpest line.) Like many filmmakers of his generation, Mills can’t help but show off: he’s not as cute as Wes Anderson but he desperately wants us to admire his vinyl collection of the Clash, Devo, Black Flag and Talking Heads, that last band almost getting an in-film commercial. Sometimes Mills's style gets in the way of the actors’ realness. But he’s done something extraordinary here. He makes good his nostalgia, showing us one way to grow up, eyes and ears open.