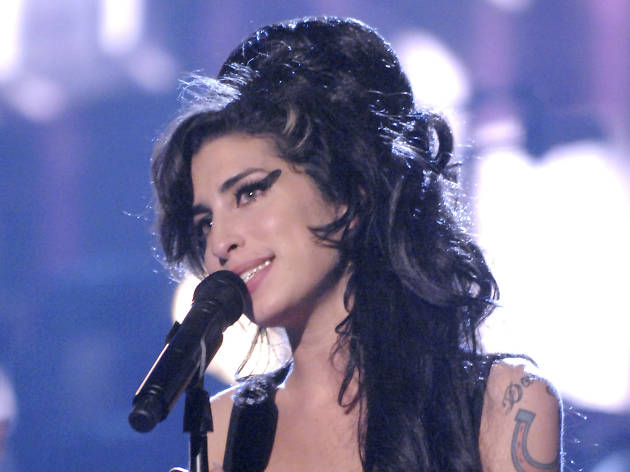 Asif Kapadia's documentary about the tragic singer is a tearjerker. Take tissues.

Anyone with a beating heart will be forgiven for allowing it to break during this unflinching and thoughtful account of the life and death of the soul singer Amy Winehouse. A shattering and sensitive documentary, it's directed by Asif Kapadia, the British director of 'Senna', who has once again created an immersive, layered portrait by stitching together mostly existing footage. Much of it is shot on phones or Camcorders, capturing chats in cars, holiday banter or, more cruelly, intimate moments with foil and crack. As with 'Senna', Kapadia relegates interviewees to the soundtrack. They include Winehouse's family, friends, colleagues, doctors and bodyguard – and their voices, many concerned and caring, help to fill this film with a love that counters the gloom.
Moving from Winehouse's first steps in the music business in 2001 to her death in 2011 at just 27, 'Amy' gives equal weight to her talent and tragedy. But the film refuses to offer easy answers to explain her demise, preferring to submerge us in a perfect storm of accelerated global celebrity, fractured family relations, destructive romances, bulimia, depression, drug abuse and alcoholism.
With a list that long, it would be crude to point the finger of blame in one direction, and Kapadia doesn't. But some come off badly: Winehouse's father, Mitch, for one, not least when he turns up to Winehouse's post-rehab St Lucia bolthole with a reality-TV crew. And Winehouse's one-time husband Blake Fielder-Civil presents himself as deeply unsympathetic to say the least – not helped by his remorseless droning as he recalls events on the soundtrack.
But 'Amy' isn't as downbeat as it sounds. That's because Winehouse herself was impish, smart, raw, provocative and funny – at least before the heroin and crack robbed her of her smile and wit. That personality shines through, especially in some of the tender early footage shot by her first manager, Nick Shymansky, who at 19 was only three years older than Winehouse and almost as green. And let's not forget the music: time simply stops several times when we hear Winehouse sing: scenes of her duetting with Tony Bennett or recording 'Back to Black' with Mark Ronson are as moving as any of the more explicitly sad stuff.
But, once the music stops, we're left with a long list of people unable or unwilling to cope: parents distracted by their own problems or motives; childhood friends who felt helpless; a music industry unfit to care; a husband with his own selfish interests at heart; and, ultimately, Winehouse, a talented but unwell little girl who everyone thought had a soul much older than she clearly ever did.