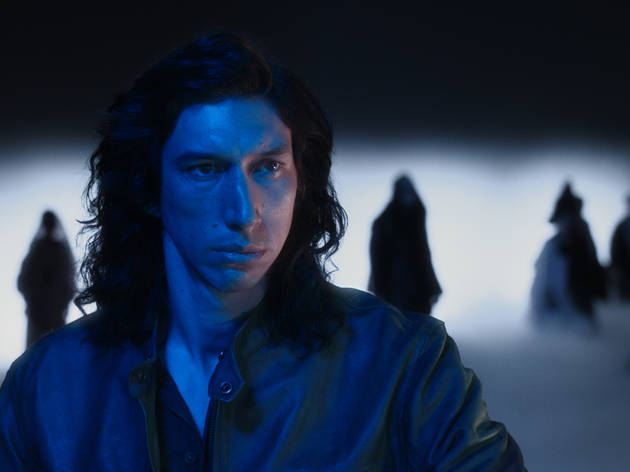 This bizarre musical melodrama set in a heightened world of self-possesed performers and their fantasies and anxieties is a marriage made in eccentric heaven: a collaboration between LA synth-pop-rock (and any other genre you fancy) veterans Sparks and the offbeat French filmmaker Leos Carax, whose last feature was 2012’s Holy Motors. The most mainstream thing about it is the casting: Adam Driver and Marion Cotillard further stretch the theme of transatlantic collaboration by playing the doomed lovers at its heart, Henry and Ann. He’s an experimental bad-taste comedian (a not very funny one) who performs in his dressing gown; she’s a highbrow opera star noted for playing tragic, blood-soaked leads. And Annette? That turns out to be their little daughter, played in this equally mesmerising and exasperating film by a creepy old-fashioned wooden puppet who also turns out to have a knack for attracting adoring crowds.

For the cinephile Sparks brothers, Russell and Ron Mael (who have a 50-year-plus career behind them and are celebrated in an upcoming Edgar Wright doc), this is the movie collaboration they’ve been looking to pull off for years. They’ve written the script as well as the music and the songs. It has some lovely moments of imaginative abandon, not least an early scene when the Mael brothers and Carax wave off the actors on a LA street, with them all singing the film’s catchiest, most upbeat number ‘So May We Start’. Carax piles visual invention on visual invention, from a high-seas storm scene on the deck of a boat that feels like something from early cinema to a clever moment when Ann wanders through a theatrical set into a real forest.

It's a truly bananas film, but its daring doesn't quite carry it through and it takes on a morose vibe after not too long that rarely shifts, and there's an extremely traditional romantic tragedy running alongside its more surreal streak. Some of the songs feel exasperatingly deadpan; many story elements come and go (Henry’s history of abusing women; the looming jealousy of Ann’s conductor, played by Simon Helberg); and there are stretches of the film which feel a lot less magic than others. Only at a few precious moments does Annette feel like an exercise in harmony between all its mad elements.

It helps that Driver powers through the film with a possessed performance of increasing doom, and although Cotillard is less present overall, she brings a different, quieter sort of power to the film, and you truly understand the hold that Ann has over her audiences, and over Henry too. It’s a weird sort of chemistry, but you feel it in a roundabout way, whether through the repetitive mantra of Sparks’ lyrics (‘We Love Each Other So Much’), or moments of elevated movie romance like their sunset motorbike ride through the city. It’s such a loopy endeavour overall that Annette will likely have some audiences running from it screaming as much as it will have others worshipping at its altar. It’s a hard film to adore, but an easy one to thank for its very existence.