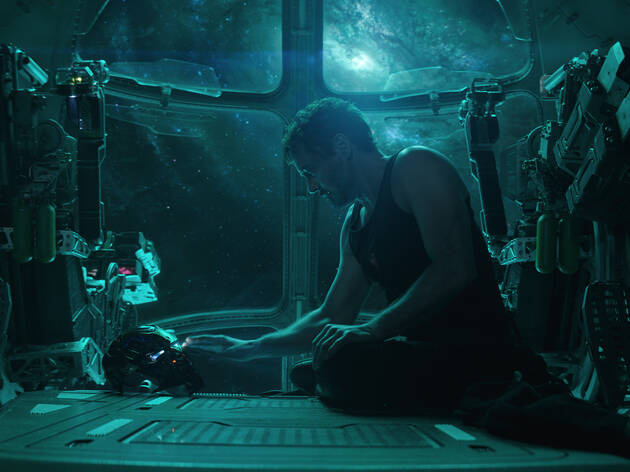 An epic slab of superheroics, Marvel's big finish earns its heaviness – it may even wreck you.

Arriving with the momentum that only 21 previous global blockbusters can provide, ‘Avengers: Endgame’ is the multiplex-rattling and curiously emotional culmination of the Marvel Cinematic Universe – at least until the next chapter. You know it’s going to be long (three hours, but there’s no need to sit out the end credits this time); you know it’s going to be high-level homework for even the most advanced fan. But what you don’t know is how deeply invested you may be in these 11 years of movies, a compendium of destruction and heroism that altered our culture but also reflected it, sometimes weightlessly, at other times grandly. ‘Endgame’ often pays tribute to itself, which makes it as fascinating as it is self-serious. It taps into a live wire of doomy tragedy and phoenix-like rebirth that comics do so well.

Working from an intricate screenplay by Christopher Markus and Stephen McFeely that sometimes finds a calm within the storm, the film begins (after a brief cold open for all you Hawkeye fans) just as the whole MCU did: with Robert Downey Jr’s neurotic Tony Stark grappling with his responsibilities. Downey is the actor upon which the franchise was launched in 2008’s whiz-bang ‘Iron Man’, and there’s a symmetry to giving him the floor during ‘Endgame’s downbeat early stretch – when it's an operatic grief drama in which half the world’s living creatures have blown away in clouds of dust. Cities are now ghost towns, dating is apparently a disaster and even the Hulk (Mark Ruffalo) is graying at the temples. Pay a visit to purple Malthusian universe-wrecker Thanos (Josh Brolin) and you'll find it frustratingly unsatisfying: ‘I am inevitable,’ he intones.

It’s radical for a film this huge to focus on survivors’ guilt. Between ‘Endgame’s World Trade Center-like monuments to the ‘vanished’ and our main characters' constant teary monologuing, you’ll wonder if co-directors Joe and Anthony Russo, franchise stalwarts, aren’t pointing the finger at those who would put their faith in superheroes alone (i.e., the fans themselves). Thankfully, Paul Rudd’s Ant-Man shows up at Avengers HQ with a plan to use quantum mechanics – you don’t need to know the details – and it basically allows for a cosmic do-over, along with the laughs we've come to expect from Marvel. Separate squads will go back in time to 2012’s besieged New York City, to Asgard and elsewhere, and re-collect Thanos’s killer bling, the infinity stones.

Shrewdly, ‘Endgame’ becomes a nostalgic greatest hits (complete with extra tracks), allowing for the reintroduction of some fun supporting players who make the most of their cameos, including Robert Redford, Tilda Swinton and, as Thor’s mother Frigga, Rene Russo, who advises her newly beer-gutted son to be himself and, also, eat a salad.

There’s too much of everything here, including an overlong battle that plays like an endless touch-football game, but at least the movie acknowledges its own unwieldiness. ‘You took everything from me,’ Elizabeth Olson’s Scarlet Witch hisses at Thanos, who replies, speaking for us all, ‘I don’t even know who you are.’ It’s almost a shame that, just as the MCU’s multiyear Avengers experiment has found its dramatic footing – dialing down the snark and adding cathartic contributions like Alan Silvestri’s Morricone-esque orchestral score – it’s over. ‘Endgame’ is square enough to conclude with a slow dance, but that also means its heart was, by and large, in the right place. Maybe we’ll miss being exhausted by these movies.