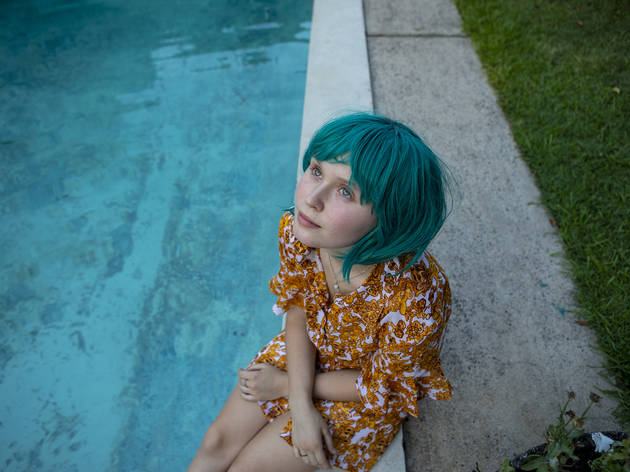 This intoxicating Australian coming-of-age drama is bookended by two shots of a newly extracted child’s tooth drifting serenely to the bottom of a glass. It’s a brilliantly leftfield motif for the growing pains of its teenage protagonist, Milla (Little Women’s Eliza Scanlen): a bruising, jarring and yet strangely beautiful process that’s at once relatable, and, as captured by talented first-time director Shannon Murphy, a big old mystery.

Adapted from a play that debuted on Sydney’s repertory circuit, Babyteeth delights in keeping you off-balance. Milla is waning with an initially unspecified illness and depressed, so when she brings home small-time drug pusher Moses (Toby Wallace, sporting a nightmarish rat-tail), her parents, psychiatrist Henry (Ben Mendelsohn) and lapsed musician Anna (Essie Davis), expect the flirtation to be fleeting. But then the twentysomething Moses starts to become a fixture in Milla’s life – and their home – and their latitude turns to a kind of hushed parental panic. ‘He’s a drug addict,’ they warn Milla. ‘Don’t pigeonhole him!’ she replies.

Babyteeth’s brilliance is in getting you to laugh at the exchange and then, later, wonder why you did, as Moses reveals new layers and Henry and Anna are the ones struggling to hold it all together.

It’s beautifully observed stuff – its fractured but tender family dynamics and depiction of parental pain reminded me a little of Ang Lee’s The Ice Storm – as it gradually lets you into a world of well-heeled suburbia that’s carefully shorn of all the usual Sydney landmarks. Each character is fully drawn by writer Rita Kalnejais (adapting her own play), and the gifted Aussie cast does the rest. Davis, in particular, seems to get better with every film and here she recalls some of her maternal anguish in The Babadook behind Anna’s beatific, Xanax-glazed veneer.

But it’s Milla’s story and the captivating Scanlen mainlines her with herky-jerky energy (aided by Murphy and editor Stephen Evans’s arrhythmic cuts) and otherness as she rapturously loses herself in music, dancing and the swells of first love. Full of the joys of discovery and the pain of mortality, she’s at once real and ethereal. You can almost imagine her as one of the girls in Picnic at Hanging Rock, disappearing into the ether in a wash of shimmering dance moves.

Babyteeth is out in UK cinemas on Aug 14. It’s available on streaming platforms in US and Australia now.