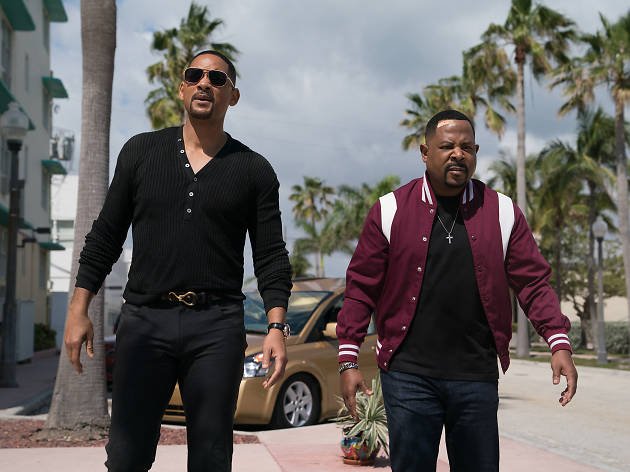 More throwaway thrills from the buddy-cop franchise that refuses to hand in its gun and its badge.

The good news is that ‘Bad Boys for Life’ isn’t as obnoxiously vulgar as Michael Bay’s ‘Bad Boys II’. The bad news is that this third in the franchise, directed by Belgian filmmakers Adil El Arbi and Bilall Fallah, doesn’t bring much that’s new to the long-dormant table. Still, even if the movie seems calculated to give Will Smith and Martin Lawrence a surefire box-office hit, it also acknowledges the passage of time since the last film in ways that pack a little extra feeling amid the familiar Jerry-Bruckheimer production beats.

The stars still share an easy yet combustible chemistry as Miami detectives Mike Lowrey (Smith) and Marcus Burnett (Lawrence), who are now pushing middle age. Marcus, welcoming a new grandchild and son-in-law into his life, is ready to retire, but Mike isn’t ready to give up his bad-boy ways just yet. An attempt on his life has him itching to get some break-the-rules payback – a mission that Marcus is not necessarily psyched about joining. The villains are Armando (Jacob Scipio) and Isabel (Kate del Castillo), the son and widow of a deceased Mexican drug lord Mike once helped put away, though they’re not always on the same page about how to carry out their vengeance plot.

The co-directors find interesting things to do with the camera here and there, and stage one potent, lengthy motorcycle chase through Miami’s nighttime streets. Castillo (astute casting, given her alleged real-life association with Mexican drug lord El Chapo in the past) gives good malevolence as the witchy Isabel. The movie’s greatest accomplishment, though, is the way it brings some honest heart to Mike and Marcus’s partnership in the first half, before the traditional mayhem and profane banter take over (a drinking game based on Lawrence saying ‘Oh, shit!’ would have you passed out well before the end). There’s also a dubious plot twist that attempts to change our feelings toward one key character in a way that feels dishonourable toward another. Whatcha gonna do? Give that part of the script another pass.