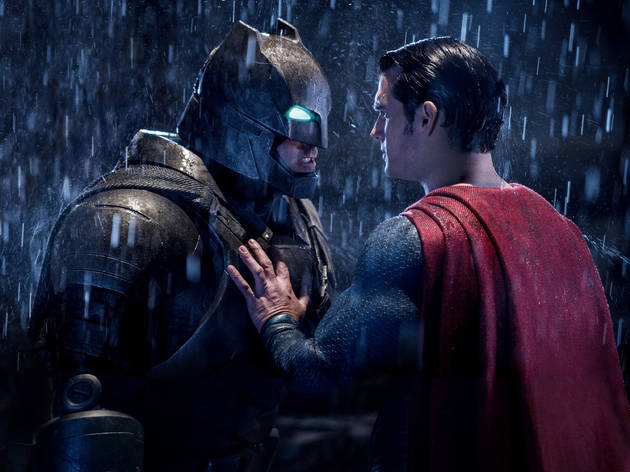 Zack Snyder’s lumbering superhero mélange 'Batman v Superman: Dawn of Justice' feels like a $250-million tombstone for a genre in dire need of a break. It’s supposed to be the glorious ramp-up to a new crime-fighting franchise, DC Comics’s Justice League, but you’ll wish this strenuously empty movie had boned up on a few lessons beforehand. There’s zero humour or self-deprecation, as there was in Joss Whedon’s pitch-perfect 'The Avengers'; no performance of unlikely depth, like the one Heath Ledger pulled off in 'The Dark Knight'; and no animating spirit of decency, a trait Christopher Reeve’s Superman had in spades.

Instead, we have Henry Cavill’s persistently inert Clark Kent and, somehow worse, Ben Affleck’s one-dimensionally vexed Bruce Wayne squaring off in a Metropolis still reeling from the devastation seen in 2013’s 'Man of Steel'. Neither actor is capable of setting the screen on fire – their first verbal showdown is hardly Pacino versus De Niro in 'Heat' – but the imbalance feels especially acute in a city that’s supposed to be publicly debating the philosophical merits of omnipotence. Add to the mix Jesse Eisenberg’s instantly annoying, tic-laden Lex Luthor, a millennial billionaire who speaks in chattering screenwriter-ese ('The red capes are coming!'), and Amy Adams’s Lois Lane, never more lost in a film that has no use for her softness, and you have a distinctly plastic affair.

The plot turns on the shocking, never-mentioned-again destruction of a symbolic American edifice, a bloodless explosion that one-ups the flattening of the White House in 'Independence Day' for glibness. Minutes later, we’re supposed to be whipped into a fanboy frenzy by the tribal drumming that accompanies our first hints of Gal Gadot’s severely corseted Wonder Woman (a character that could use some complexity and, if it’s not too late, a better actor). The endgame is your typical WrestleMania nonsense, bereft of weight or grandeur, set in a generic rubblescape that’s emblematic of the script’s lack of human stakes. Only the movie’s seesawing, Sergei Prokofiev–inspired score, by Hans Zimmer and Junkie XL, contains a glimmer of wit. Shamelessly, 'Batman v Superman' lunges for a funereal mood in its final stretch, but come on: we all know superheroes don’t die, not when there are reboots in the balance. After this one, you’ll wish a few of them did.