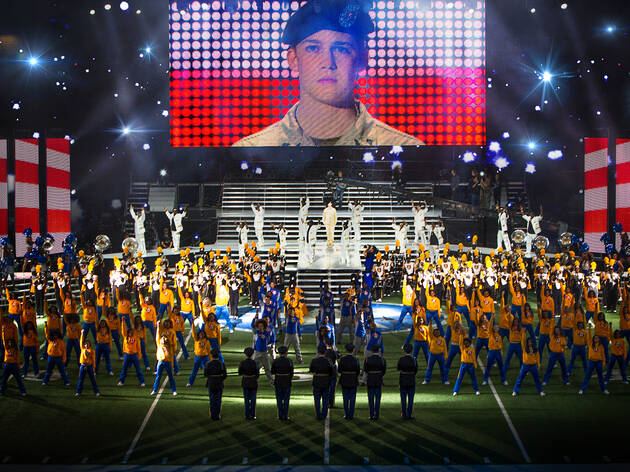 It's technologically impressive, but this story of a soldier returning from Iraq is frustratingly soulless

A soldier coming home to a life he barely recognises is the plot of many classic works of fiction, stretching all the way back to Homer’s ‘Odyssey’. Ben Fountain’s 2012 novel ‘Billy Lynn’s Long Halftime Walk’ updated the concept for the Iraq War, using the patriotism and pageantry of a Thanksgiving Day American football game as its backdrop.

But something terrible has happened to the film adaptation by Ang Lee – a director usually brilliant with a literary adaptation (‘The Ice Storm’, ‘Brokeback Mountain’, ‘Life of Pi’). Lee has shot his entire movie at a high frame rate – similar to the effect you might remember from ‘The Hobbit’, which makes everything look like a cheap behind-the-scenes video. This strategy is wrong on every level. It renders the images nauseating, it constantly rejects you emotionally from the performances, and it’s showy and distracting. Worst of all, it turns the serious issue of post-traumatic stress into a technological gimmick.

Which is huge shame, because this is a movie that might have succeeded had it been given a chance to breathe. Newcomer Joe Alwyn is likeable as Billy, who returns from Iraq as a national hero and is put to work on a promotional tour. (His ‘halftime walk’ itself is a deafening sequence of craziness, complete with a trio of actors playing Destiny’s Child.) But Lee’s visual immediacy adds an oppressive amount of mopeyness to Kristen Stewart’s performance as Billy’s nervous sister, not to mention a scary number of pores to the humongous face of Steve Martin as a rapacious businessman.

We’re not supposed to be thinking about any of this when entering a narrative. And why pursue hyperrealism if you’re still going to swaddle the whole package in the gooey guitars of composers Jeff and Mychael Danna? Fountain added a layer of irony to his book, suggesting a cycle of self-destruction that would never end. Irony can’t survive in Lee’s airless vacuum. The director is not an experimenter at heart – as a result, his movie feels heartless.