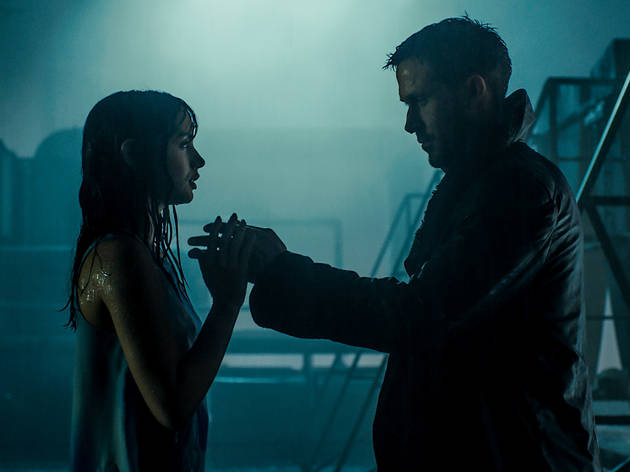 'Arrival' director Denis Villeneuve pulls off the dare of the decade. His sequel to the 1982 sci-fi classic – starring Ryan Gosling – is a bold triumph

Scott’s landmark was a ’40s noirish mystery and this sequel (co-scripted by Michael Green and a returning Hampton Fancher) follows suit. Much like ‘Star Wars: The Force Awakens’, it’s a reboot cloned from beloved DNA, with similar action beats and a dramatic skeleton that’s meant to be a bridge for fans. A stubbly Ryan Gosling plays ‘K,’ a trenchcoated hunter of wayward ‘replicants.’ Gosling’s ‘La La Land’ fans shouldn’t hold their breath for a song-and-dance number – or even a smile – yet the actor’s performance is fascinatingly physical as he struggles with existential dilemmas.

Staring down his police boss (Robin Wright), K submits to scary white-room debriefings and is eventually on the trail of mysterious unearthed bones. He’s sent to one of those gleaming megastructures, where a blind tech tycoon, Wallace, likes to talk about his own godliness. As Wallace, Jared Leto acts up a storm behind cloudy contact lenses.

None of this is remotely boring. It’s almost touching to see Hollywood upgrading one of its weirdest properties with a generous budget. But the best parts of ‘Blade Runner 2049’ are when it’s pushing its setup into new territory. K has an affecting, sexually complex relationship with a hologram who pretends to make house with him (Ana de Armas). There’s an interlude in a radioactive Las Vegas, filled with the Elvis-and-Marilyn detritus of a long-vanished culture. And it’s no spoiler to say that we do re-meet the grizzled blade runner of yore, Harrison Ford, who reminds us that these movies were always about the most human of inventions, love, even if manufactured by machines.

With films like ‘Prisoners’, ‘Sicario’ and ‘Arrival’, director Denis Villeneuve has brought an alien strangeness to the film’s intimate moments. This time, he’s infusing soulfulness into a story that could have felt hollow. He’s flirting with metaphysical ideas on a grand scale. The new ‘Blade Runner’ – human or replicant, it’s hard to tell – is a strange hybrid, and for that, it’s worth cherishing. It’s a unicorn in the fog.