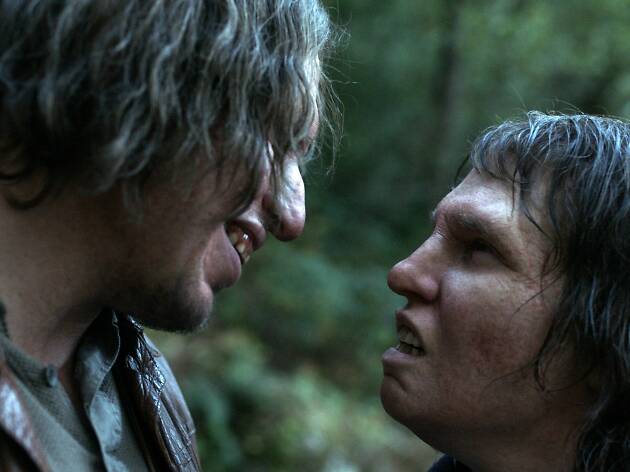 Leave all expectations at the door and give this knotty, genre-defying Swedish folk tale a spin.

Writer-director Ali Abbasi has crafted something eerie and rather wonderful with this pungent allegory of outsiderdom set in and around a Swedish port town. ‘Border’ mingles social realism and Scandi folklore in the same vein as ‘Let the Right One In’, another film adapted from a story by Swedish novelist John Ajvide Lindqvist (who co-writes here with Abbasi and Isabella Eklöf). It also chucks in uncomfortable questions about assimilation and the superficial judgments we make of people, as well as plenty of icky moments that bury themselves under your skin and stay there. The maggot-eating scene won’t be for everyone.

The story follows Tina (Eva Melander, brilliant under a ton of Oscar-nominated make-up), a customs officer with a bloodhound’s ability to sniff out contraband, but whose flat features and awkward manner make her an outcast. She doesn’t belong in her own life, which sees her house-share with a dog-training hippy with a line in drunken late-night advances. Even his mastiffs bark at her, as if at a rival.

But just as it’s shaping up as a grim ‘The Elephant Man’-lite story of social exile, the mysterious and similarly visaged Vore (Eero Milonoff, equally good) steps off a ferry and the story hairpins off in a wild new direction.

There’s a powerful back-to-nature vibe as Vore helps Tina get in touch with her true self. Pinpoint sound design cranks up the crunch of the forest floor and the chitter of insects to turn the Swedish hinterland into an alien landscape.

As an experiment in peeling back society’s surface layers to reveal the meanness and hypocrisy that lie beneath, ‘Border’ is a jab in the ribs. The way Tina’s efforts to integrate are rebuffed, meanwhile, feels timely in this age of closing borders. If one subplot involving a police investigation strays close to over-familiar terrain, it's the only thing here that does. This unusual film sits in a genre of one.