Bros: After the Screaming Stops 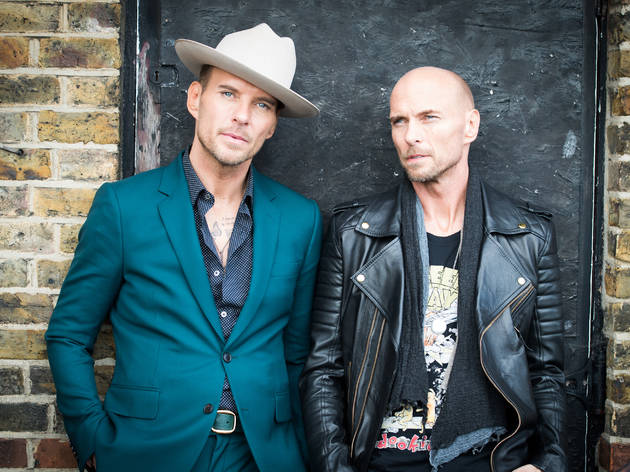 The Cain and Abel of ’80s boybands, Matt and Luke Goss bring tension, tantrums and occasional triumphs to this unsparing doc.

With this documentary about ’80s boyband Bros, co-directors Joe Pearlman and David Soutar have created one of the most searing, raw and, at times, unintentionally hilarious documentaries about the impact of fame in recent memory. We meet Bros twins Matt and Luke Goss, now pushing 50, as they’re about to embark on a 2017 reunion tour. The shows are the first the brothers have played together in nearly 30 years.

‘After the Screaming Stops’ initially plays like a fairly conventional music doc. Matt and Luke narrate their meteoritic rise to stardom and chart the crash when it was all over. For those unfamiliar with Bros, they were British pop’s biggest boyband from 1988 to 1992, and caused the sort of hysteria where a record signing at an HMV could muster 130,000 fans.

These days, however, the Bros brothers are suffering the fallout of their fame. Drummer Luke, now an actor, feels inadequate after years of self-doubt, while Matt, a Vegas crooner, resents his brother for calling it quits in 1992. Their reunion is an attempt to solve their own issues and give their old fans a treat in the process, but old wounds still fester.

‘After the Screaming Stops’ captures these tensions with a candour rare in a pop doc. The squabbling siblings seem to forget that the cameras are there, letting their vulnerabilities hang out and occasionally slipping into a self-parody of ageing pop stars. It cuts back and forth between past memories and modern-day fights, with Matt and Luke punctuating things with the occasional platitude delivered to camera. ‘You need to be on the same page, otherwise you don’t get to turn the page’ is one that Alan Partridge would be proud of.

By the time the re-formed Bros finally reach the first night of their tour at The O2 Arena, they’re no longer throwing the past in each other’s faces. The filmmakers try to make the drama of dredging up their demons worth it for the thrill of performing again. After sitting through 90 minutes of them rowing, though, you have to wonder whether Matt and Luke’s candour and participation were really worth it. It’s made all the worse when you learn that Bros cancelled the rest of their planned UK tour. Brosmania, it seems, was not to be repeated.