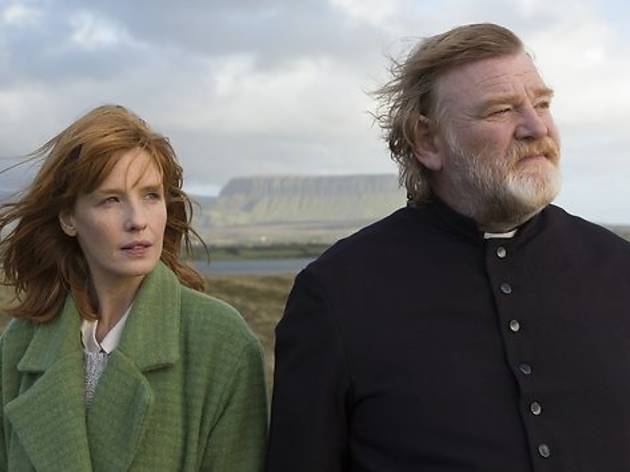 What do you say to a priest you plan to shoot pointblank between the eyes? ‘Say your prayers,’ of course. Part ‘Father Ted’, part Tarantino, John Michael McDonagh follows up 2011’s ‘The Guard’ with this wickedly funny black comedy, all fatalism and gallows humour, with both a beating heart and an inquiring mind lingering beneath its tough-guy bluster.

The mighty Brendan Gleeson – a man built like a wardrobe, with a face like he’s been left on a cliff-edge, battered by north winds – plays Father James, a good priest. In the confession box, a man tells him how he was raped by a priest at the age of seven. That priest is now dead, so it’s Father James who must pay. The mystery voice gives James seven days to put his affairs in order: the murder is fixed for next Sunday.

Don’t go expecting a priestly Poirot. This is a sly, shaggy-dog mystery. McDonagh (whose brother Martin wrote and directed ‘In Bruges’ and ‘Seven Psychopaths’) casts the best of Irish as the frankly insane locals. Any one of them might be the would-be culprit. Is it the coke-snorting cynical local doctor (Aidan Gillen)? The intellectually-challenged racist butcher (Chris O’Dowd)? There is some brilliant comedy among this lineup of oddballs. Best of all is Dylan Moran, playing a man who might be the evil twin of the shop owner he played in the TV series ‘Black Books’: he’s similarly alcoholic, foul-mouthed and self-loathing, but this time he’s also filthy rich, one of the bankers who shafted Ireland.

But you won’t find as many big guffaws as in ‘The Guard’. There’s a little less of the rapid-fire blarney, and ‘Calvary’ has its flaws – not all the characters tickle, and it’s slipshod in places. McDonagh’s brand of surreal, paint-it-black humour is an acquired taste as it slips in the big questions. What’s the point? Isn’t it all completely meaningless? Why would God create a serial killer? That’ll be a shade too dark for some. Everyone else, sit back and enjoy. And hats off to Gleeson, for a career-best – an authentic, heart-and-soul performance. Whatever the weather, he has a face you could watch for hours.