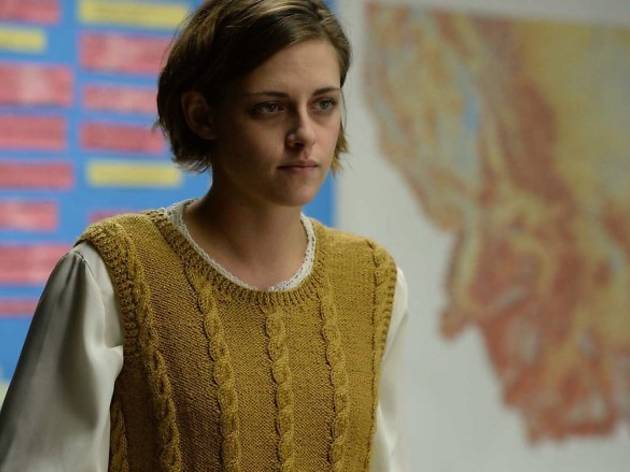 A slow-burn, low-key indie drama made up of three tales linked by geography and the inner lives of its female characters, ‘Certain Women’ feels almost like a summary of writer-director Kelly Reichardt’s films so far. Another intimate, intensely felt story of American life on the fringes, the new film has the sweeping Midwestern landscapes of ‘Meek’s Cutoff’, the aching loneliness of ‘Wendy and Lucy’ and the shaggy-bearded men of ‘Old Joy’. Adapted from short stories by Maile Meloy, ‘Certain Women’ also has a strong whiff of Raymond Carver about it: three precise, emotionally direct tales of promise and despair.

The setting is Montana in winter, where the Rocky Mountains roll down into the dry, open plains. In the first and funniest story, a lawyer (Laura Dern) has to deal with a client on the verge of losing his mind; in the drily observational second tale, a wife and mother (Michelle Williams) meets an elderly man (René Auberjonois) about buying some vintage sandstone, and has to cope with her husband’s tactlessness. But its the final story that hits the hardest, as an isolated horse trainer (extraordinary newcomer Lily Gladstone) wanders into a night class on education law and promptly falls in love, or something like it, with the teacher (Kristen Stewart).

‘Certain Women’ moves, as all Reichardt’s films do, at a languid pace, and a handful of characters – notably Williams’s – could have been a little more developed. But it's hard to recall a movie with such a precise, immersive sense of place, and the very specific mood that comes with it: stunningly photographed on celluloid in shades of brown and grey, the screen is filled with sprawling ranges, huge skies, wide open prairies. The stories themselves are intimate by comparison, and it’s from this meeting of ‘small’ lives and grand vistas that ‘Certain Women’ draws its strength.