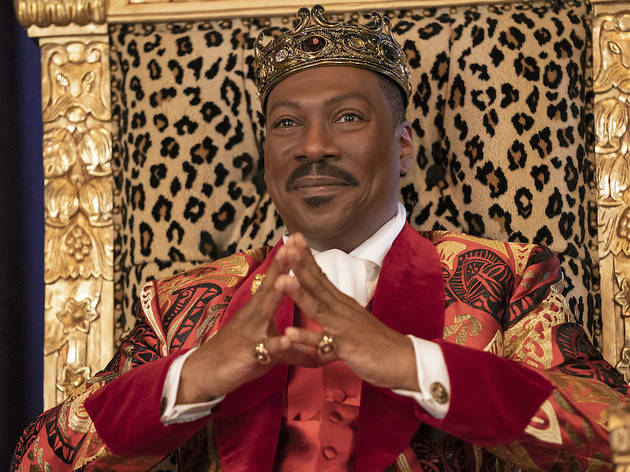 During a recent appearance on The Late Show with Stephen Colbert, Arsenio Hall revealed that he and Eddie Murphy once agreed to never make a sequel to their surprise 1988 hit, Coming to America. More than 30 years later, the enduring enthusiasm for the romantic comedy and Murphy’s sudden inspiration for a follow-up convinced the pair to change their tune. The resulting film is one that is, at the very least, aware of what it’s up against: a scene late in Coming 2 America finds two characters bemoaning Hollywood’s glut of superhero movies, remakes and ‘sequels to old movies nobody asked for’.

It’s not accurate to say that nobody was asking for a continuation of Coming to America, but plenty of folks were anticipating another starring turn from Murphy after his triumphant return as a comedic leading man in 2019’s Dolemite is my Name (directed by Craig Brewer, who also helms Coming 2 America). Slipping back into the role of Akeem Joffer – now the king of Zamunda – Murphy effortlessly taps into the charm and comedic timing that defined his early blockbusters.

But Murphy isn’t the film’s leading man this time around – that’d be Jermaine Fowler as Lavelle, who we learn Akeem unknowingly fathered during his original trip to Queens via a cleverly edited flashback with some digital de-aging. Flipping the fish out of water narrative of the original movie on its head, Coming 2 America follows Lavelle as he travels to Zamunda, meets his three step sisters and begins learning how to assume the role of Akeem’s only male heir.

Lavelle’s journey to princehood drags a bit as contrived plot obstacles are put in his way, but new characters liven up some of the more plodding stretches, including Leslie Jones and Tracy Morgan – both of whom are essentially playing exaggerated versions of their familiar screen personas. As funny as they are, the movie’s MVP is Wesley Snipes, who gleefully chews scenery as General Izzi, a rival leader with ambitions of conquering Zamunda.

Reflecting the passage of time, Coming 2 America grapples with a variety of timely themes, such as circumventing traditional gender roles, white privilege and the effects of gentrification. But many of the weightier messages feel obligatory, as Murphy is clearly more interested in revisiting the tropes of the original ’80s comedy, donning prosthetics (alongside Hall) to portray a variety of returning characters and crack a few politically incorrect jokes – only this time, with a knowing wink.

In many ways, Coming 2 America is akin to Bill & Ted Face the Music – another sequel that arrived decades after its original instalments. Both films recognise (and celebrate) what made their predecessors special, introduce a new generation of characters and find some fresh wrinkles within a familiar plot structure. Staying true to Murphy’s sense of humor, Coming 2 America embraces its goofy ’80s comedy roots, delivering a film that’s a little more self-aware and often pretty damn funny.