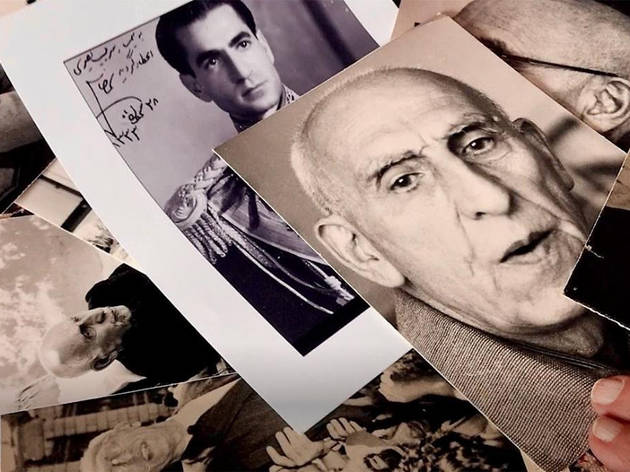 The best historical storytelling doesn’t just narrate the past. It shares the rush of discovery. It also manages a clever sleight of hand: it reveals the workings of evidence and interpretation while still engaging you with confidence and style. All this is true of Taghi Amirani’s thrilling, energetic doc Coup 53, which recalls a little-explored chapter of twentieth-century Iranian history by pulling you into the engine room of its making. It wins you over with its scrappy underdog antics and then, later, bowls you over with its heavyweight insights.

Coup 53 opens the windows on American and British involvement in the August 1953 coup which saw the Iranian PM Mohammad Mosaddegh – ‘the closest Iran came to having its own Mahatma Gandhi’ – replaced by a resurgent Shah of Iran (the same Shah later ousted by the 1979 Iranian Revolution). Visually, Coup 53 is boisterous and playful, packed with archive news footage, ample interviews (including with surviving family members of the main Iranian players) and vibrant new animation to fill the gaps where no footage exists of key moments. Its story, especially as told by sparky, likeable Amirani, is a real eye-opener, a classic tale of late Empire dastardly intrigue as the British establishment ruthlessly pursues its Middle East interests through murderous backroom dealings and persuades a reluctant USA to join its mission.

It’s structured extremely smartly – unsurprisingly, perhaps, as it’s edited and co-written by Walter Murch, the American editor of Apocalypse Now and The Talented Mr Ripley. Murch and Amirani (an Iranian long resident in the UK) make themselves part of the story, doing anything but burying the lede by introducing us upfront to the investigative thrill they feel in the edit at discovering how a long-ago interview with a loose-tongued MI6 source has been mysteriously excised from a 1980s TV doc on a similar topic. They then strike gold by finding a buried-away transcript of the same interview. It gives the film the momentum of detective work, allowing them to rope in Ralph Fiennes to play the same MI6 source – Norman Darbyshire – in a reconstruction of his interview for the earlier film. Fiennes’s performance plays alongside old interviews with a string of smirking men in suits – diplomats, politicians, spies – in conversation in the mid-1980s: distant enough from events to be indiscreet but not so distant as to be dead. It’s like taking a swim in John le Carré’s brain.

Available to stream in the US, Canada, UK and Ireland from Wed Aug 19