Film, Action and adventure
Recommended
2 out of 5 stars 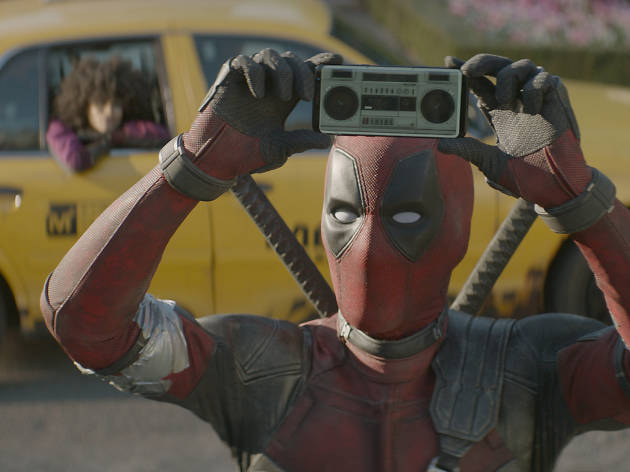 The jokes start to wear thin in the Merc with the Mouth‘s second, more conventionally plotted outing.

If you haven’t seen the first movie, which charted how gonzo mercenary Wade Wilson became Deadpool, good luck following this equally violent and potty-mouthed sequel. With its torrent of butt-foonery and CG viscera spliced with self-commentary and several hundred in-jokes, it’s seriously unforgiving of latecomers. If you’re not a fan, you may as well be living in a cave. And not the Batcave, obviously.

It kicks off with Ryan Reynolds’s super-antihero blowing himself sky high. His fiancée, Vanessa (Morena Baccarin), has been killed while he was taking down another batch of faceless goons and, grief-stricken, he’s attempting to end it all. Being indestructible, this proves tricky, though it does allow for a brief meeting with Vanessa in the afterlife where he learns that finding his heart is the key to being permanently reunited.

It’s so un-‘Deadpool’, you almost expect cinema’s most notorious fourth-wall-breaker to call a halt to proceeding and declare it a joke. Instead, the movie toes an unconvincing line between sweary glibness and sentiment as Deadpool tries to protect Julian Dennison’s (‘Hunt for the Wilderpeople’) orphaned misfit from Josh Brolin’s terminator-from-the-future, Cable. The action comes thick and extremely fast, too. Director David Leitch (‘John Wick’, ‘Atomic Blonde’) presides over swathes of deafening, frenetically edited sequences: things explode, stuff flips. Sometimes things flip and explode at the same time.

Reynolds, who birthed this surprise hit franchise almost single-handedly, carries it with his usual deadpan charm. There are some giggly joys on offer, too. One, an ill-fated parachute drop to AC/DC’s ‘Thunderstruck’, features Rob Delaney (‘Catastrophe’) as Peter, an ordinary bloke whose superpower comprises mainly of having a moustache. But it’s a long movie and when its star isn’t on screen and cracking wise, the boundary-pushing shocks and endless self-references wear thin. Still, if you’re the Deadpool fanatic who recently had Reynolds’s name tattooed on his arse, you definitely won’t be grumbling.