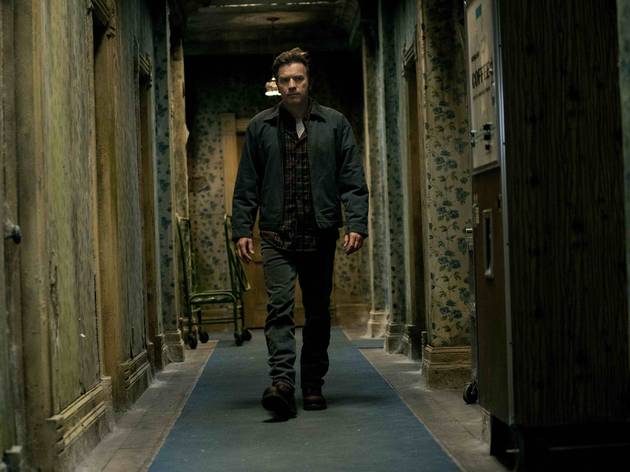 Haunted by the ghosts of a better film, a sequel to ‘The Shining’ exploits horror-fan obsessions without understanding the fear.

Watching a sequel can sometimes feel like wandering down the carpeted hallways of an old familiar place. 'Doctor Sleep', an unearned and cringeworthy follow-up to 'The Shining', is this idea made flesh. It feels more like a theme-park experience than an actual movie, deploying the 1980 horror classic’s butchered twin sisters and a blood-gushing elevator on cue, but without any purpose. You could call it fan service, if the service is to teach fans that mimicking Stanley Kubrick’s chilly elegance – and even reshooting scenes from the original film with look-alike actors, a crime bordering on sacrilege – doesn’t make your take nearly as scary.

The mimicker, director Mike Flanagan, should know better. His multi-episode TV version of 'The Haunting of Hill House' showed him nailing a similar assignment, finding a side door into a revered novel while supplying fresh chills. This time, though, he’s saddled with weak material, namely Stephen King’s own 2013 continuation, a book that sagged with unusual obviousness. Wide-eyed Danny Torrance (Ewan McGregor) is all grown up now, struggling with alcoholic urges, just like his dad did. He needs to dry up fast and join 'The Stand'-like fight against a roving pack of evil essence-suckers, led by Rose (Rebecca Ferguson), whose alt-country black hat and crazy eyes make her look like a reject from The Voice.

Flanagan pumps up the nostalgic sonic assault – Wendy Carlos’s ominous synth burbles, pounding heartbeats in your head, plenty of third-hand Penderecki – but his most unnerving moment is a quiet one: Rose floating high above the suburbs on a night prowl, looking for others who 'shine'. Mostly, however, the new film is a dutiful delivery device for Warner Bros. intellectual property (ironic, since King famously hated Kubrick’s adaptation). For all of its supernatural majesty, 'The Shining', both on the page and onscreen, was about writer’s block and the secret fear of being discovered as a fraud. 'Doctor Sleep' is unwittingly about that as well; it digitally recreates the snowy Overlook Hotel as a site for a boring telekinetic showdown, not realising that it has constructed a tombstone to itself.