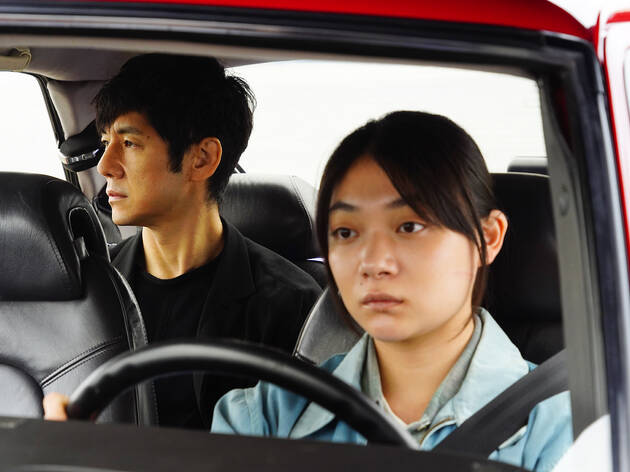 A beguiling fusion of Chekhov and Murakami, this Japanese drama is a seriously enriching experience

Writer-director Ryûsuke Hamaguchi takes a slender Haruki Murakami short story and expands it into three captivating, enigmatic hours with a slowburn drama that’s full of quiet swells that steal up and sweep you away. The Japanese filmmaker, who is finally breaking through in the west, has been compared with the great Yasujirō Ozu and, well… fair. His undemonstrative camerawork, gentle rhythms and fascination with the emotional hinterlands of troubled souls bring a similarly soulful gaze to the bustle of modern life as Ozu did to mid-century Japan.

The fact that the film’s opening credits don’t roll until more than 40 minutes in – by which point they practically qualify as jump shock – gives a hint of just how ruminative Hamaguchi’s filmmaking style is. But, crucially, it’s never remotely meandering, as theatre director Yusuke (Hidetoshi Nishijima), reeling from the sudden death of his screenwriter wife, Oto, heads south to Hiroshima to stage a version of Chekhov’s Uncle Vanya. His burgeoning odd-couple kinship with his young female chauffeur (Toko Miura) is beautifully observed, as she spirits him around in his vintage red Saab 900.

Oto’s death is dealt with in Drive My Car's enigmatic pre-credit stretch but the mysteries she leaves behind – the half-finished dream she teases her husband with, the young actor Yusuke finds her with in a subsequently unmentioned tryst at their apartment – hang over the remainder of the film like a veil. The presence of the tyro actor in his version of ‘Vanya’ feels like a harsh coincidence, but soon plays like the hand of fate.

What a clever, haunting way to show the power of art

The genius that underpins this beautifully acted film lies is the way Hamaguchi’s screenplay takes the themes of Murakami’s story – loss, love, jealousy, healing – and finds echoes of them in Chekhov’s famous play. As Yusuke listens to his wife’s recorded line readings in the car, he’s navigating two mirroring layers of meaning: Is life imitating art or vice versa? Vanya’s world and Yusuke’s are equally brittle, equally caught between doom and salvation. What a clever, haunting way to show art’s power to articulate the hurt we find hard to express.