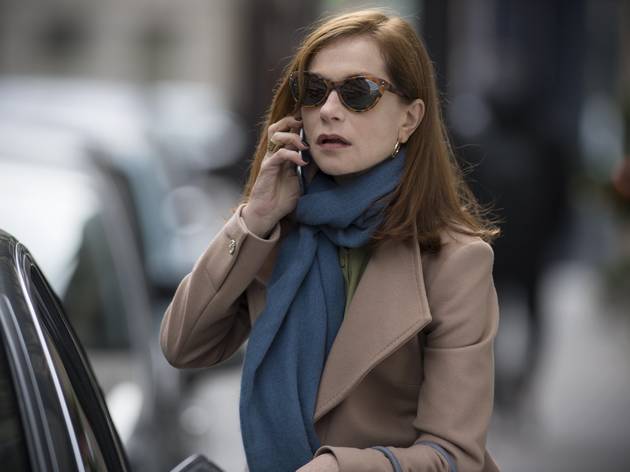 Dutch provocateur Paul Verhoeven gets back to basics with a nutso  rape-revenge script and the fearless Isabelle Huppert.

At the start of 'Elle', the final credit to appear in the darkness (over the sounds of fucking) tells us that we’re about to watch a Paul Verhoeven film. Really? Call it a delicious redundancy. 'Elle' might just be the most Verhoeveny film yet, due to its willingness to push buttons, explore transgressive territory and take constant delight in venturing where the vast majority of filmmakers would fear to tread even lightly. This is, after all, the man who gave us 'Basic Instinct' and 'Showgirls'.

Adapted by David Birke from the novel by Philippe Djian, 'Elle' has an ace up its sleeve in the form of Isabelle Huppert, who gives a fierce (and impeccably dressed) performance as Michele, a video-game–company founder living in Paris. Those midcoital moans we heard? Michele is being raped in her living room by a ski-masked assailant. Already, her life’s been hard: she’s the daughter of a notorious mass murderer. Perhaps growing up despised by the media and the public is part of why she does not respond conventionally to her attacker but begins to seek him out, in a challenging story that will surely upset a lot of people (not that Verhoeven minds).

'Elle' is really at least three films at once: First, there’s the comedy of manners involving Michele’s adult son, mother, ex-husband and their respective other halves. A dinner party plays out exquisitely, with many tiny moments to cherish, not least Michele forgetting – or bitchily pretending to forget – the name of her Liza Minnelli–esque mom’s latest boy toy. At other moments, 'Elle' plays like a sophisticated thriller, the mystery of the masked attacker shifting and reshaping itself as we share in Michele’s heightened state of cool appraisal, scanning every man onscreen to figure out whether he might be the one.

But it’s the third film, a complex psychological portrait of an unusual woman, that might be the most alluring. As it progresses, 'Elle' takes a deep dive into dangerous territory that could be viewed as toxic misogyny or a disturbing provocation. The sheer brilliance and mastery of Huppert’s controlled, multifaceted performance will help to rally support to the latter perspective. Whatever your take, it’s a movie that will inspire debate for decades to come.