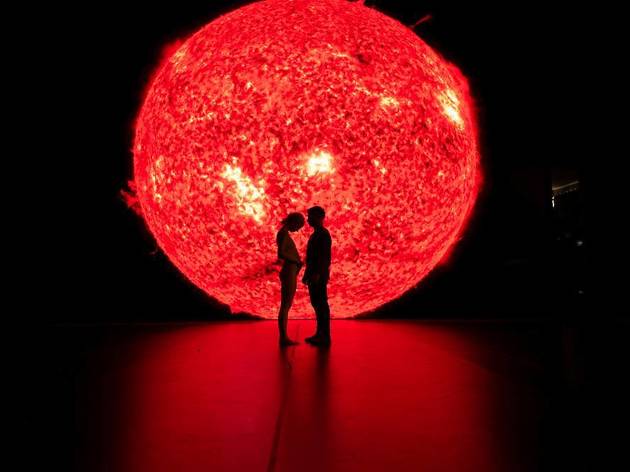 Clad in a tracksuit, with a shock of peroxided hair and a tonne of killer moves, twenty something dancer Ema (Mariana di Girolamo) explodes off the screen like a Roman candle in Pablo Larraín’s exhilarating, daring and deeply human drama. It's the exuberant yin to the stately yang of Jackie Kennedy biopic ‘Jackie’, Larrain’s last film, and it’s full of the pheromones of sexual discovery and the piss and vinegar of toxic relationships. There’s a slight air of sex farce about the final scenes that belongs in a different, possibly Frencher film. But until then, it barely puts a foot wrong – even when it’s throwing shapes you’ve never seen before.

The setting is sprawling port city of Valparaiso in Larraín’s homeland of Chile. Here, Ema and her partner and choreographer Gaston (Gael Garcia Bernal, a shade sterner than we've seen him before) have adopted a six-year-old Colombian boy called Polo. But the relationship is turning sour, with neither really ready for the responsibilities of marriage, let alone parenthood. So when Polo acts up and causes Ema’s sister to be badly burnt, they decide to hand him back. ‘Fix your rotten heads before you think about getting children,’ the lady from the agency bluntly chides.

It’s the kind of gut-wrenching scenario you’d expect to drive the whole movie – and on a subconscious level, it does – but Larraín isn't really interested in gritty social realism or nuclear family dynamics. What follows instead is Ema’s headstrong journey from here: an elemental, visual odyssey that takes this complex, gutsy, emotionally open woman into a place first of personal crisis, then liberation – with some arson and the odd hunky fireman thrown in.

Di Girolamo is a real discovery. She and Bernal sell the couple’s co-dependent relationship with cruel gusto, throwing horrifying but funny taunts at each other. ‘You are a human condom’, she tells him, jabbing at his anxieties around impotence; ‘Polo loved you and you left him’ is the gist of what he spits back, zeroing in on her feelings of failure as a mum. Nicolas Jaar’s lovely Brian Eno-y score is a soothing antidote to these acidic moments.

‘Ema’ is a film, too, about dancing – specifically, contemporary dance and reggaeton, a Puerto Rican hybrid of hip hop and Caribbean influences – as an expression of unspoken human desires and female friendship. (It’ll make a compelling double-bill with Céline Sciamma’s similarly electrifying ‘Girlhood’.) Larraín fills the screen with movement, his camera circling the actors as they cut loose. At one point, orthodox movie grammar gets jettisoned altogether and for a few moments ‘Ema’ turns into a kind of supercharged music video, as she and her posse cut lose in the streets, basketball courts and parks of their city. The Pacific Ocean is their endless backdrop. It’s heady and euphoric – a picture of pure freedom.