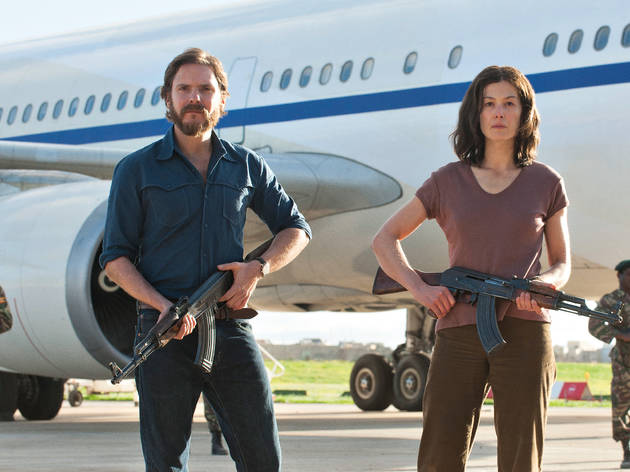 An artily abstract thriller that might have been better served sticking to the genre's simpler, ticking-clock joys.

While movies like ‘Munich’ and Olivier Assayas’s epic ‘Carlos’ inject daring complexity into episodes of real-life terrorism, the famous July 1976 night-time raid on a Ugandan airport – where crack Israeli commandos rescued 102 hostages – is not fertile ground for such subtlety. It’s blue-sky heroic (and already the source of no less than six movies and TV specials), not a delicate dance. ‘Entebbe’ wants to turn that emergency operation into a roundelay of handwringing and uncertainty. Director José Padilha even includes arty transitions performed by a modern dance troupe, as if to suggest something more complex than it is. The movie is weighed down by misplaced equivocations and sympathies: it turns military decisiveness into a frustrating slog.

Gregory Burke’s neurotically dense screenplay is strongest when it sticks to its all-too-brief action scenes, and the showdown behind closed doors between indecisive Israeli prime minister Yitzhak Rabin (Lior Ashkenazi), flip-flopping between negotiations with the hijackers and a position of hard-line defiance, and calculating Defense Minister Shimon Peres (Eddie Marsan), jockeying for political status. Both men want the same end, but their tactics differ. The film’s dialogue – ‘There can be no negotiations with terrorists!’ – will help you out on this point if you haven’t picked up on it.

But who thought it was a good idea to foreground the story of two German leftists swept up in the hijacking, both played by attractive actors only occasionally wracked with guilt? (Rosamund Pike and Daniel Brühl – fire your agents immediately.) This strand of ‘Entebbe’ is the most infuriating, lacking insight into the desperation that sometimes drives smart people to violence. Padilha once made a masterful documentary about exactly that subject, 2002’s ‘Bus 174’. His latest, though, wastes his curiosity; the Entebbe raid, more deserving of a Michael Bay or a Clint Eastwood to bring it to rousing life, becomes a quagmire in his hands.