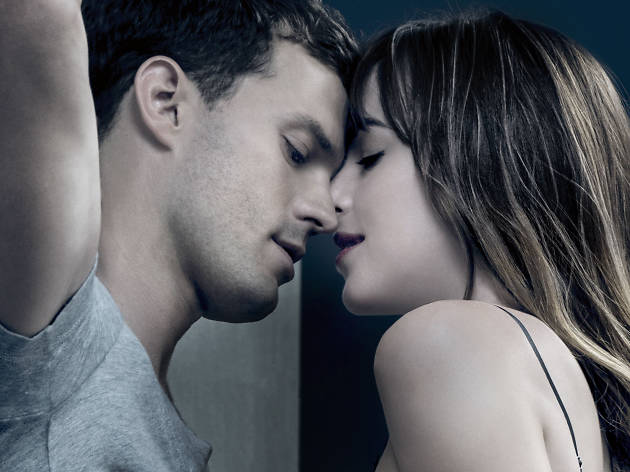 Never as naughty – nor as crazy – as it needed to be, the Fifty Shades saga limps to its postcoital finale.

Part luxury real-estate advertisement, part corny TV-like procedural, ‘Fifty Shades Freed’ ends the mildly kinky, wildly successful series with a whimper, and not even a sexy one at that. The film opens with a wedding: Christian (Jamie Dornan) and Ana (Dakota Johnson) are now Mr and Mrs Grey, and this curiously conservative film won’t ever let you forget it. Johnson is the undeniable draw of the series: In the first film, she played charmingly flustered to a tee, and now, in the final chapter of the trilogy, she projects a sassy humour. In one of the most memorable moments, she giggles as she knocks a decorative fruit tray off a table during sex. (When you’re writing about the fruit tray, not the sex, it’s telling.)

Dornan, on the other hand, is an utterly humourless performer, and as Christian, his job is 'businessman' and his personality is 'chiselled abs and a dark past.' If it were possible to overlook some of the annoyances of this character during the first two films, it isn’t anymore: Grey is borderline abusive in the demands he makes on Ana, and it’s frustrating to watch the film confuse playful sexual dominance with emotional domination, as Christian insists on knowing his wife’s every move and overreacts to the slightest insinuation that she might have her own life.

It’s easy to see that the narrative well of ‘Fifty Shades’ is running dry (which, when you consider that each of E.L. James’s books ran over 500 pages, makes sense). The film adds a criminal element with a convoluted subplot involving Ana’s deranged former boss, but everything ends up just fine, of course. By the time Ana announces she is pregnant and Christian reacts angrily, it feels as though the movie is desperately flinging dramatic confrontations onscreen just to see what will stick.

The sex scenes are, save the occasional bit of exposed flesh or brandished toy, fairly mild – ‘Freed’ is probably the least provocative film of the trilogy. The wildly glossy property on display, however, functions as its own kind of pornography: getaway homes, private jets, richly appointed torture chambers. In the universe of ‘Fifty Shades’, wealth is just as seductive as S&M. After an early semi-heated encounter, Ana quips, 'I should misbehave more often.' If only the film had followed suit.