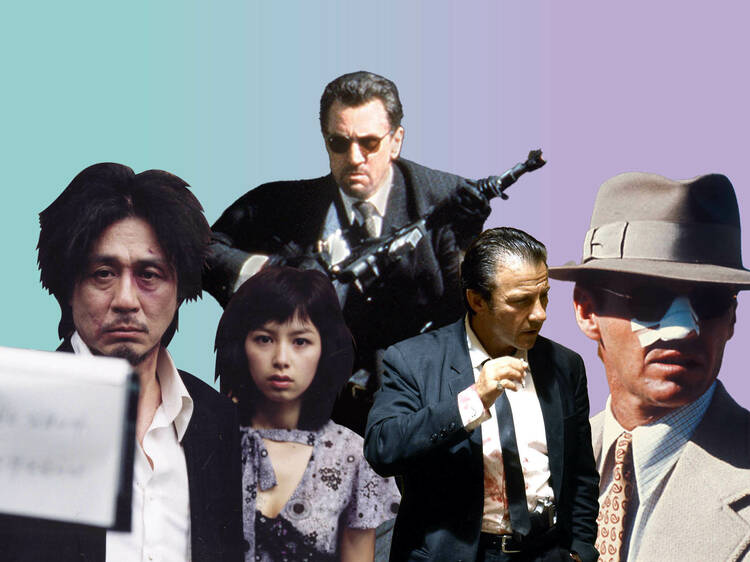 The 100 best thriller films of all time

Everyone has their favourite genre but we can surely all agree that thrillers are the best. And if you don’t believe us, there’s a suspicious figure in that darkened doorway who’d like a word. From the early classics, like Alfred Hitchcock’s The Lodger or Fritz Lang’s M, to the films of David Fincher and Martin Scorsese, they’re rich in nerve-shredding, adrenaline-pumping rides into the darker recesses of the psyche. Thrillers show us horrors and weave in human dramas, but they use those raw materials to forge something particular: a sense of unease and suspense.  With masterful control of those elements, Hitchcock could manipulate his audiences like puppets on a string, delivering shocks that reverberate through cinema history. Fincher’s Seven and Zodiac have carried on the legacy, while films like Pig, Nightmare Alley and The Card Counter show that the thriller is the genre for all eras. Even superhero flicks, like Captain America: Civil War and  The Batman, have been borrowing liberally from the crime thriller. It is, unlike many of its ill-fated characters, alive and well.  But what are the very best of them? As we’ve done with science fiction, horror films, romances, comedies, westerns and war films, we’ve dusted cinema for prints and taken a magnifying glass to its finest thrillers to boil them down to a tonne of all-timers. On the list? Murder, political intrigue, espionage, conspiracy, manipulation, gaslighting and, of course, crime. Lots of crime. Enjoy – and hold on 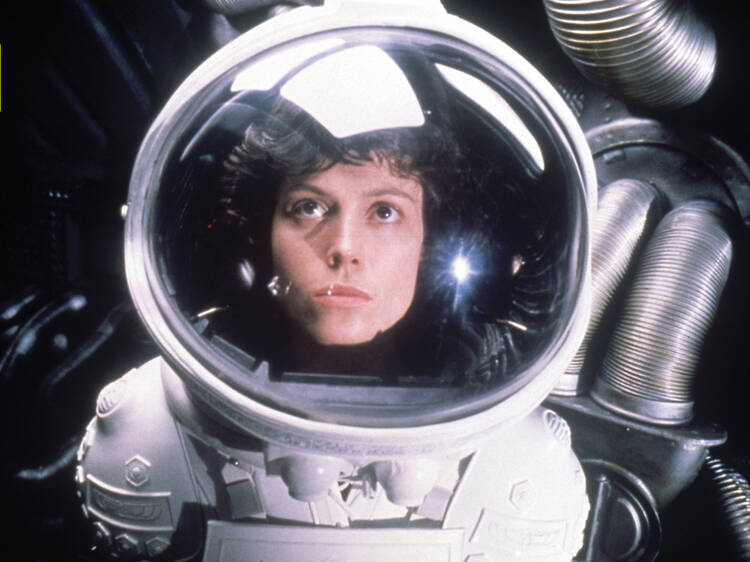 The 100 best feminist films of all time

Slowly, year by year, the dial is moving for female filmmakers and female-led storytelling in Hollywood. The dinosaurs are being shoved out to pasture (or sent to prison), and a more diverse range of filmmakers are gradually being handed the chance to get movies made in one of the most laggard industries in town. This year’s International Woman’s Day throws the spotlight on a drive for full equality that’s been jet-powered in recent times by the #MeToo and #TimesUp movements.But it’s important to remember that brilliant women have been making, writing, shooting, editing and starring in brilliant films for the past hundred years. From Daughters of the Dust to The Piano, Agnès Varda to Gurinder Chadha, and Louise Brooks to Linda Hamilton, our list of the 100 greatest feminist films celebrate them in all their glory. This century of movies over the past century weren’t all directed by women, but they’re all feminist landmarks that demand to be revisited and reappreciated.  Written by Abbey Bender, Cath Clarke, Phil de Semlyen, Tomris Laffly, Helen O'Hara, Joshua Rothkopf & Anna Smith. Produced by Hannah Streck. 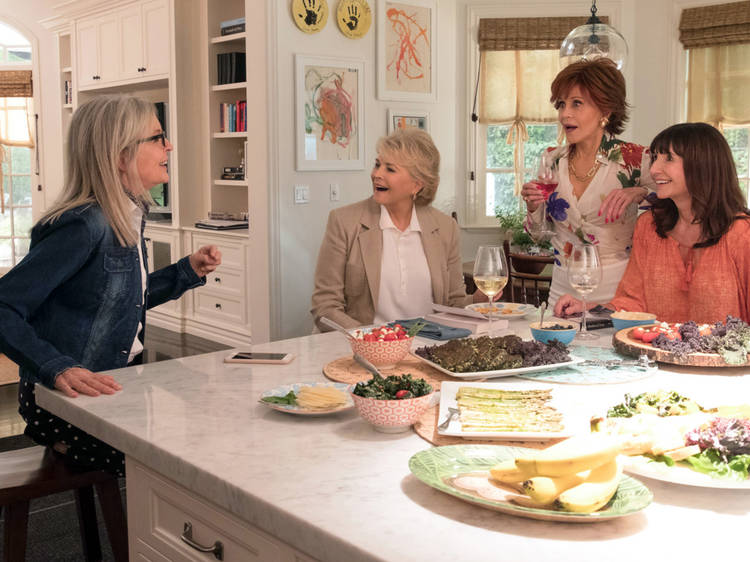 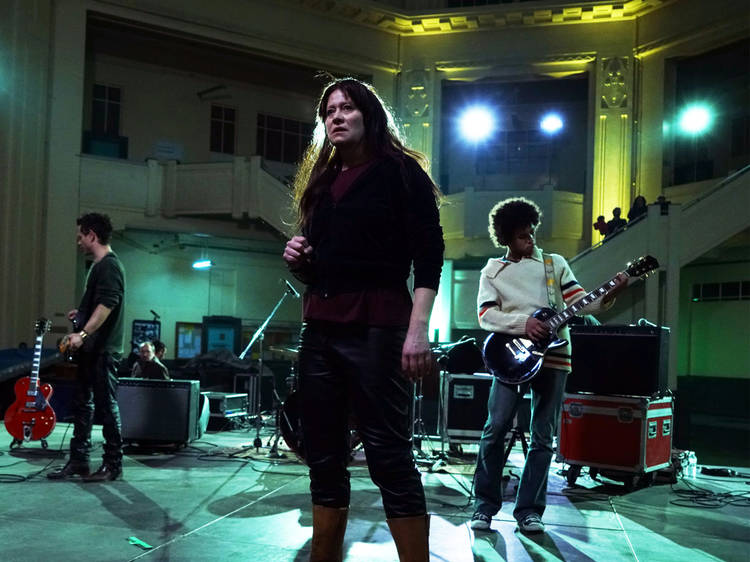 Rock biopics are notoriously hard to get right. How does one dramatize a rock star’s life without veering into cheesiness or excessive poetic license? When there’s a built-in fan base and a real artist (or their estate) to take into consideration, the pressure’s on. Nico, 1988 takes a somewhat novel approach to the subgenre, focusing on the darkest days of a musician who has too often been romanticized as a muse. Director Susanna Nicchiarelli’s strategy is purposefully alienating: Casual fans who know Nico (Trine Dyrholm) only from her association with the Velvet Underground may find the total avoidance of that era to be more frustrating than elucidating. Fans of her later music—the dark period—are well served, although Nico, 1988 doesn’t offer much biographical detail or plot. It’s essentially a road movie following the artist on her final tours. Trine Dyrholm, who does all her own singing, captures Nico’s distinctive drone and drug-addled wariness. There’s no melodrama in this portrait of a tragically fated icon, and Dyrholm isn’t afraid to act prickly. While the film deserves praise for its unglamorous approach to a sad-girl icon, the narrow focus can be tiring, and Nico’s relationships with the other characters, including her estranged son, are frustratingly enigmatic. Even Nico enthusiasts might wish this claustrophobic character study offered a little more breathing room. 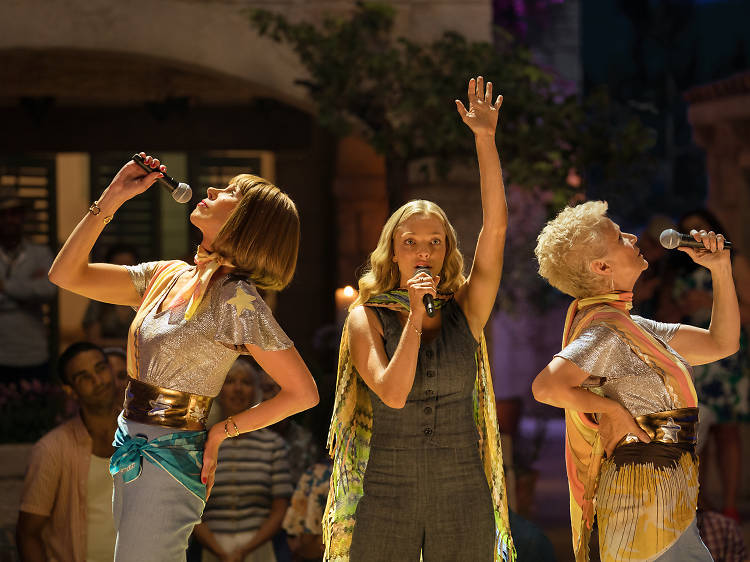 If you’ve seen the first Mamma Mia!, that most wholesome tale of uncertain paternity, you’ll probably have a solid idea of how the sequel, Mamma Mia! Here We Go Again, will play. There are postcard-ready landscapes, airy romances, and a whole lot of ABBA songs sung with gusto, if not finesse, by movie stars. It all makes for an intermittently pleasant summer diversion, but a preposterous screenplay filled with wild coincidences and lines like ‘I’m gonna make some memories’ ensures its status as frustrating kitsch. Like its predecessor, Mamma Mia! Here We Go Again is proudly schmaltzy, wearing its musical theatre influences on its sleeve, but watching all those forced music cues isn’t always fun. The most novel part of the film is its use of flashbacks: The story is threaded with scenes of Meryl Streep’s character Donna, the fun-loving bohemian matriarch, as a young woman. Lily James’s performance as the young Donna is warm, and while the cutting between the present and the past is often cheesy, it keeps the movie bustling along. These flashbacks build up the paternity story that was at the centre of the first movie and it’s noteworthy that while the conceit is built around Donna having affairs with three different men and becoming pregnant and uncertain as to the identity of the father, there’s no slut-shaming here. The film is like a sanitised fairytale: everyone is positive, and the three potential fathers all get along. Even the classic evil maternal figure (as embodied b 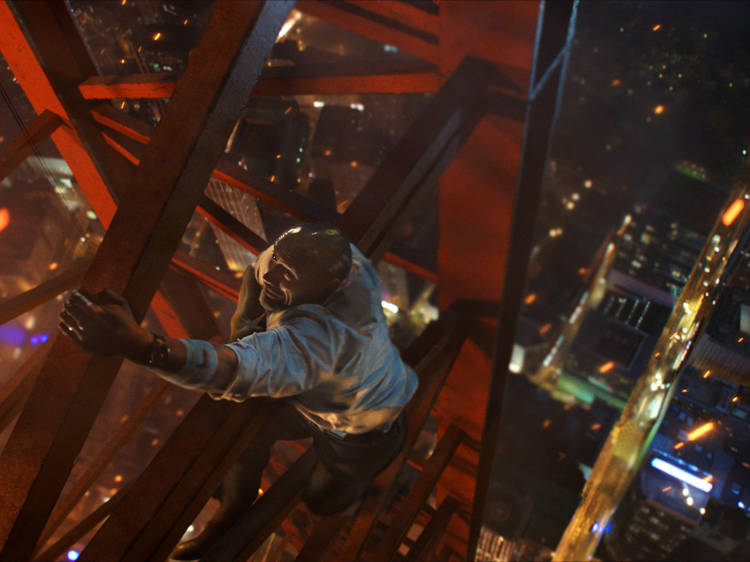 ‘Skyscraper’ is a cacophonous blockbuster, in the Die Hard wannabe (plus obligatory 3D and pricey special effects) mold, the likes of which you’ve probably seen (or perhaps avoided) many times over. Dwayne Johnson plays Will Sawyer, a former FBI Hostage Rescue Team leader currently on assignment in China with his family, in his new job as skyscraper safety assessor. It’s no spoiler to say that this skyscraper, a tech-laden, phallic monstrosity, doesn’t turn out to be so safe, and the film quickly turns into an occasionally tense but mostly predictable tale of a man taking risks to save his family from explosions, devious suits and terrorists. Johnson is obviously a bankable star, and his charisma lightens up a few moments, as when he makes creative use of his character’s prosthetic leg to save himself, and has a satisfied reaction. For the most part, though, touches of humanity are largely absent. Sawyer’s two children are cute, but they’re pretty much pawns in the action scheme here, and we know Johnson will serve a big heroic ending. Sawyer’s wife, Sarah, is largely depicted as a woman in peril–which is a shame, given that she’s played by Neve Campbell, who brought such shrewdness to roles in ‘Scream’ and ‘Wild Things’ back in the ‘90s. Campbell is given a couple moments to shine (as when she shows she knows Chinese, to the surprise of the officers helping her), but they’re few and far between. The most egregious moment in ‘Skyscraper’ just might come during a fight scene s

The wine-mom film of the year, ‘Book Club’ is a somewhat cheesy but occasionally charming portrait of women of a certain age. Starring Diane Keaton, Mary Steenburgen, Candice Bergen and Jane Fonda as a group of longtime friends who spice things up by reading the ‘Fifty Shades’ trilogy, it definitely scratches an itch: With Hollywood constantly pandering to the interests of teenage boys, it’s nice to see something targeted to a demographic that’s often overlooked (even if it’s still kind of pandering). The plot machinations are predictable, with the ladies taking risks, assessing their relationships and forming new ones, whether that’s through online dating or a meet-cute with a wealthy pilot (a mischievous Andy Garcia). There’s not a lot of conflict here, which is part of the point. ‘Book Club’ is a piece of Nancy Meyers-esque escapism, in which musing about romantic frustration is only a bottle of pinot and a picturesque view away from being neatly resolved. Given the title and premise, there’s surprisingly little book-clubbing on display. And since the final ‘Fifty Shades’ novel came out years ago, there’s a definite vibe that the movie is arriving past its sell-by date. At the end of the day, ‘Book Club’ is a showcase for its quartet of charismatic actors. Fonda wins laughs with her sassy, sexually frank role (with shiny, form-fitting outfits to match) and Keaton delivers a likable riff on her typically awkward, androgynously-dressed self (a scene in which her friends chid 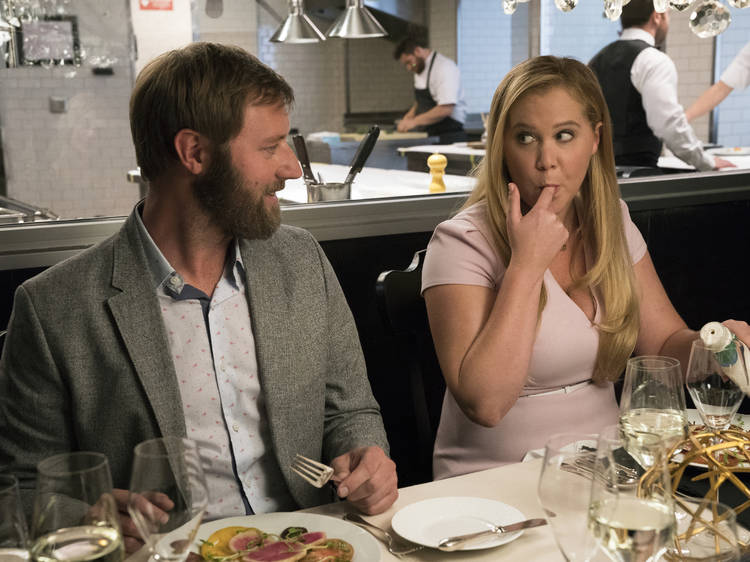 During its almost-two-hour runtime, 'I Feel Pretty' doesn’t once achieve the smart and sassy potency of Amy Schumer’s standup routine. The story follows Schumer as Renee, a New Yorker who struggles with low self-esteem and toils away at an unglamorous remote job for a beauty company. Then one day at a spin class, she slips off her bike and a head injury causes her to believe she’s exceptionally beautiful, though her looks haven’t changed at all. The extent to which Renee’s friends, co-workers and dates play along with her newfound perspective is the movie’s plot; ultimately, the lesson we learn – hey, beauty comes from within and confidence is more important than how we appear! – is totally predictable. 'I Feel Pretty' is a curious mélange. Female comedians have been self-deprecating about their attractiveness for decades, but the film’s corporate sheen and feminist lip service feel all too 2018. If the script committed more ardently to absurdity, it could have been enjoyable but, as co-directed by Abby Kohn and Marc Silverstein, 'I Feel Pretty' lacks visual inspiration and runs on the fumes of one not-particularly-funny joke (this regular-looking girl thinks she’s super-hot). Truth be told, it’s a bit depressing. As proven in the early seasons of her TV show, Schumer is a talented performer, and her physical comedy here draws some chuckles (as does Michelle Williams’ turn as Schumer’s helium-voiced ditz of a boss), but 'I Feel Pretty' is consumed by an annoying premise that