Firestarter: The Story of Bangarra 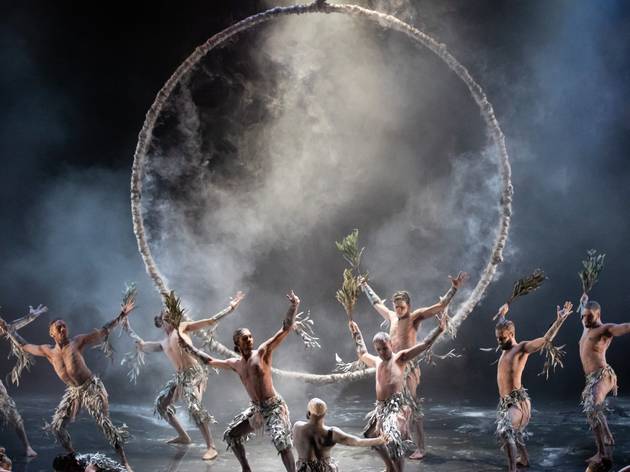 A lithe body leaps into view, musculature rippling; light captured in droplets of sweat ignites like a spark in the dark. It’s the first image we see in Firestarter: The Story of Bangarra, an astounding documentary that traces the incredible achievements of Australia’s award-winning First Nations company Bangarra Dance Theatre. And it’s fitting that this intimately distinct physical language, a fusion of cultural tradition and contemporary vision, speaks for itself. The Wiradjuri word 'bangarra' literally means ‘to make fire’. And since breaking away from the National Aboriginal Islander Skills Development Association in 1989, the company truly has set the world alight. Their kaleidoscopic union of art, dance and music fans a joy for storytelling that has burned in this country for some 65,000 years.

Directors Wayne Blair (The Sapphires) and Nel Minchin (Matilda & Me, Making Muriel) trace Bangarra’s incredible achievements, placing them in context with Australian politics. When former prime minister Paul Keating delivered the Redfern speech in 1992, excoriating our colonial crimes, Bangarra was the warm-up act. Recalling that day afterwards, artistic director Stephen Page notes he had no idea just how big a deal it would be. Page went on to co-direct the Sydney Olympics opening ceremony less than a decade later. He fielded a powerful array of First Nations performers, accompanying champion Cathy Freeman as she lit the flame. Leading critic Jill Sykes hailed Bangarra's game-changing 1994 show Ochres as a “benchmark in contemporary dance”. Their work has continually raised the bar through best-selling show Bennelong in 2017 and beyond.

Firestarter is also a reckoning with family triumph and tragedy. As former Sydney Festival artistic director Wesley Enoch puts it, the three Page brothers – Stephen, David and Russell – could be plucked from the Dreaming. These beautiful Brisbane boys who banded together in Sydney created something unforgettable together. But they weren’t alone. The film makes space to honour the invaluable contributions of many more, including founders Carole Y Johnson and Cheryl Stone, graceful associate artistic director Frances Rings, and the wisdom of Yolngu Songman Djakapurra Munyarryun.

This isn’t just the Page story. It’s a living record of a found family that has striven to build a better Australia for First Peoples, a film that places culture at the heart of our national story. Much like its opening shot, and like Page’s hypnotic dance film Spear before it, Firestarter is a burning monument to hope.

Firestarter: The Story of Bangarra is in Australian cinemas now.