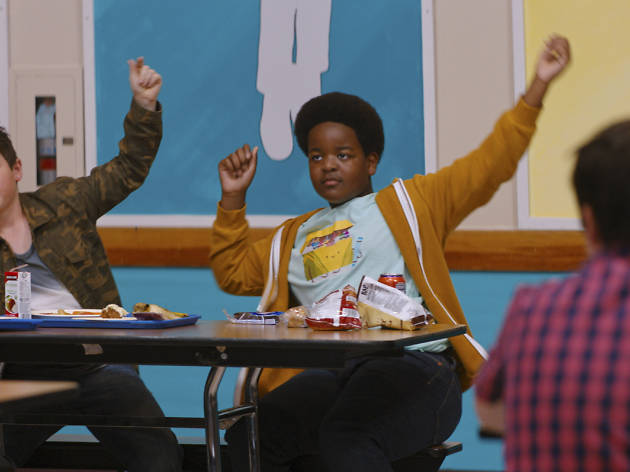 This ’Superbad’ Jr works hard to land its one-joke conceit – and thanks to its willing cast, it just about manages it.

With ‘Superbad’ and the ace ‘Booksmart’, a formula seems to have been established: dorky, essentially sweet-natured kids getting into R-rated trouble scored by DJ Shadow’s ‘Nobody Speak’. ‘Good Boys’ drops the age range to tween (though it’s certainly not meant to be watched by that age group, only by nostalgic adults) and makes the most of its disparity between life inexperience and oddly poised dialogue. It’s a one-joke premise, which might best be summarised as: kids say the craziest things.

Regardless, this movie is blessed with a cast of young actors who all seem to be in on the gag. Max (Jacob Tremblay, gifted co-star of ‘Room’) and Thor (Brady Noon) are both on the verge of discovering girls; Max’s father (Will Forte, supportive to a degree that’s wince-inducing) is thrilled to learn that his son is masturbating. But their gang’s third member, Lucas (Keith L Williams, who deserves his own spin-off), is still trapped in that squeaky, shrieky zone of easy tears, bruised emotions and instantaneous guilt. ‘Good Boys’ saddles Lucas with divorcing parents, a wobbling speed walk and the keenest awareness of his being left behind in the sexual sweepstakes – and Williams plays it as expertly as Will Ferrell did in ‘Step Brothers’.

The screenplay – co-written by vets of the American ‘The Office’ Gene Stupnitsky (who directs) and Lee Eisenberg – isn’t especially inventive. What kind of trouble could these boys get into with a drone? Or with a childproof container of MDMA? Or on a mission invading a frat house to execute a drug deal? Generation ‘Home Alone’, now grown up and maybe with children of its own, will be amused in the moment, but the film’s heart isn’t as subversive as it wants us to believe.