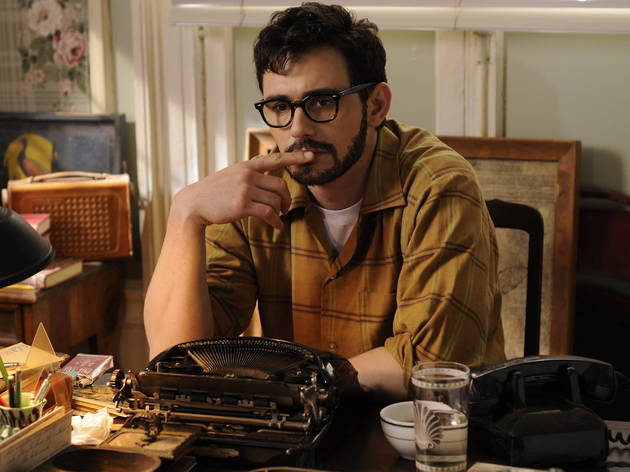 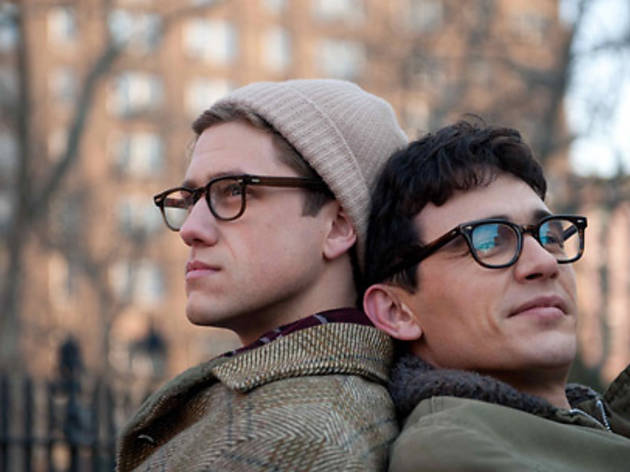 How do you make a movie of a poem? It’s a question that has been asked surprisingly rarely, and the answers differ wildly: some take the literal approach, like WH Auden and ‘Night Mail’, or any one of the animated adaptations of ‘The Ancient Mariner’ or ‘The Raven’. Others use the poem as an inspiration for an original story, like ‘Jabberwocky’ or, God forbid, ‘Xanadu’, or use the work as a key to unlock the mind of the author, such as David Cronenberg’s adaptation of William Burroughs’s essentially poetic ‘Naked Lunch’. Taking ideas and inspiration from all of the above, ‘Howl’ is Rob Epstein and Jeffrey Friedman’s take on Allen Ginsberg’s 1955 countercultural cri de coeur and it fuses period recreation, animation, biopic, courtroom drama, cultural documentary and much more.

James Franco is Ginsberg, who in 1957 gives an interview recalling the writing process which produced his most notorious work. The poem’s publisher, Lawrence Ferlinghetti, is on trial for obscenity, and hordes of stuffed-shirt ‘experts’ line up to condemn or defend it. Flash back to 1955: Ginsberg hammers away at his typewriter, and the words he writes become images: of haunted streets and honking saxes, of the dark money-God Moloch and his legions of wage slaves.

We travel back even further, to Ginsberg’s days on the road with Neal Cassady, or locked up in a mental ward with the doomed schizophrenic who inspired ‘Howl’, Carl Solomon. Structurally complex it may be, but ‘Howl’ is a marvellously entertaining film, crashing through time periods, genres, film stocks and animation techniques with absolute confidence.

Epstein and Friedman’s love of the poem and the period is evident in every frame, and the film looks stunning, contrasting glittering monochrome for the flashbacks with sumptuous colour for the courtroom scenes. The animation is traditional and leans a little too heavily on overfamiliar beat-era imagery, but its imaginative richness and dizzying complexity easily compensate.

Franco is terrific as Ginsberg: as a poet and a student of literature (he’s currently doing his PhD at Yale), he’s uniquely suited to the role, but his immaculately self-contained, unshowy portrayal is still impressive. The cast is rounded out with character actors seemingly chosen because we already associate them with the period: Jon Hamm from ‘Mad Men’ and David Strathairn from ‘Good Night and Good Luck’ both slide perfectly into their immaculately tailored suits as warring lawyers on opposite sides of the obscenity battle.

But this kind of cultural shorthand can prove problematic. It’s partly due to the nature of the film’s construction, but, Ginsberg aside, there’s no character development: the directors expect us to take one look at Hamm and see Don Draper, the confident ’50s man. This, plus its compact run time, can tend to make ‘Howl’ feel a little slight, as if we’re not quite digging deep enough into the issues at stake: the emotional core of Ginsberg’s experience feels just out of reach. Yet there’s no denying that this is a bold, inspiring piece of work, putting experimental techniques in the service of a heartfelt, insightful and surprisingly audience-friendly work of art.