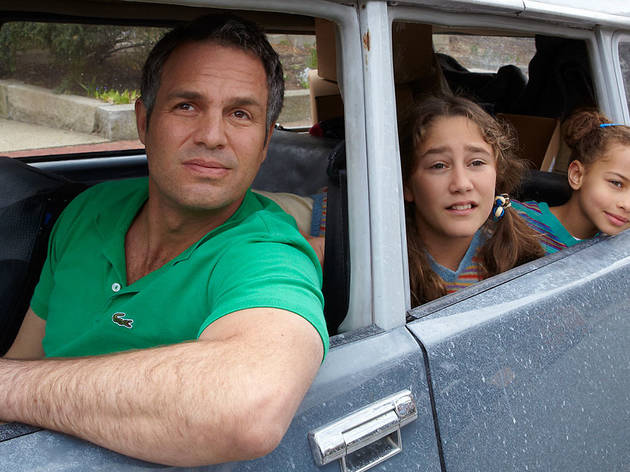 Precocious kids, a dad out of his depth, the overtly funky fabrics of late-’70s furniture and clothing: these are often the stuff of indie nightmares. Yet Maya Forbes’s autobiographical directing debut, containing all of the above, largely avoids these pitfalls, arriving at a comic tale that, as with kindred films ‘Slums of Beverly Hills’ and ‘The Squid and the Whale’, is movingly heartfelt and fresh. (It also deals with class and race, something to celebrate.)

‘Bohemia is over,’ young Amelia (Imogene Wolodarsky, the filmmaker’s daughter) tells us in voiceover – or at least that’s what her mother, Maggie (a shrewd Zoe Saldana), says as her husband, bipolar Cam (Mark Ruffalo), succumbs to a full-on mental breakdown in 1978. Emerging from treatment on shaky but better ground, unemployable Cam is faced with a tricky proposition from his wife: she’ll move to New York and get her MBA in 18 months (the career boost the family needs), while he will summon the responsibility to care for Amelia and her sister, Faith (Ashley Aufderheide), in a small Boston apartment. It’s a bold plan, and not really optional.

‘Infinitely Polar Bear’ – the title refers to Forbes’s father’s own description of his illness – shifts into episodic misadventures, the girls cringing at his profane manic bouts (flung crepe pans, constant drinking, a stern chastisement over a sponge) while also rising to the occasion in helping him manage the household. There’s also a fascinating excursion to Cam’s wealthy but withholding grandmother, a trip that situates his character on a tightrope of born-to-the-manner entitlement and frustration. (In one of Forbes’s sharpest lines, Saldana describes her man’s drifting nature as ‘eccentric’, a pass he gets because he’s white.)

Ruffalo, a master of rumpled befuddlement, finds his signature role here – it can’t be overstated how deftly he eases into this tricky creation, a blue-blooded slacker who aches when the world won’t hug him back. Cam is, nonetheless, an excellent parent, and his constant busyness within his cloud of cigarette smoke reveals a sincere man trying to make good. The generosity of the movie gives him that redemption, as well as a dignity that’s rare in off-kilter domestic dramas.