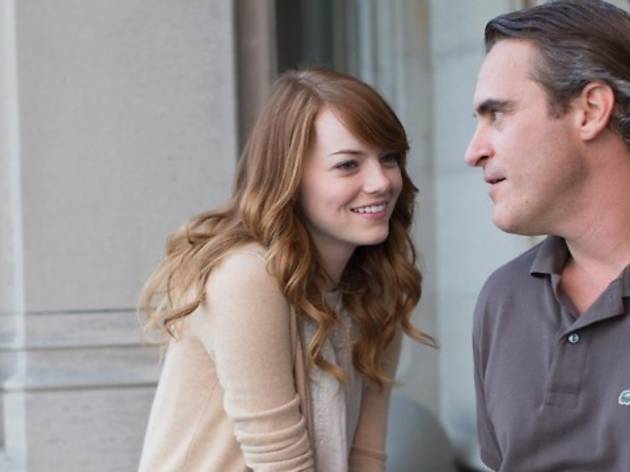 Another year, another Woody Allen film. But not since 2007’s ‘Cassandra’s Dream’ has Allen played it almost entirely straight with a tragic male character at the heart of his drama. ‘Irrational Man’ harks further back to the likes of ‘Crimes and Misdemeanors’ and gives us Abe (Joaquin Phoenix), a philosophy lecturer who arrives to teach at a small East Coast college preceded by his reputation for eccentricity and womanising. It turns out he’s drunk, depressed and impotent. Two women circle him: fellow professor Rita (Parker Posey), who wants to sleep with him, and student Jill (Emma Stone), who insists, weakly, that her interest in this dark cloud of man is purely platonic. Abe feels useless and directionless. It’s only when, unknown to anyone else, he hatches a plot to commit the perfect crime that he starts to come alive. Only as he intellectualises his way to murder does the jazz properly kick in on the soundtrack.

It all feels pretty familiar: the tortured genius; the younger woman; the plot taking a bold, suffocating turn; murder as an existential debate; the world increasingly closing in on our anti-hero. But there’s something sloppy and sluggish about ‘Irrational Man’, even by Allen’s patchy standards. It is by no means a disgraceful film. At times it feels respectable and uncomplicated, and there’s enough for Allen aficionados to enjoy and unpick. But the energy levels are low, not helped by the early stages of the film being anchored by the mumbling, laconic mess that Phoenix presents.

Luckily, Stone is a reliably lively presence and Phoenix’s performance perks up in tandem with Abe’s enthusiasm. Posey, sadly, is saddled with a character who reflects badly on its creator: an intelligent but drunken woman who’s inexplicably willing to throw herself at Phoenix’s miserable academic. And you need some serious storytelling pizazz – the sort he regularly used to offer – to be able to push through the ludicrous plot that Allen serves up. That’s absent, so ‘Irrational Man’ ends up as a mildly respectable Woody Allen movie rather than a remarkable one.