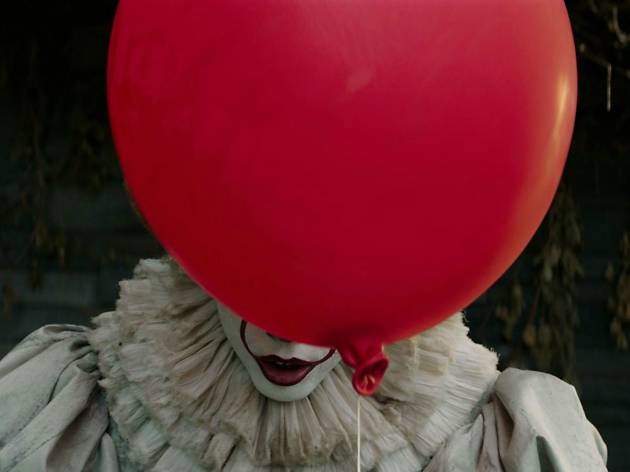 If all you remember from Stephen King’s 1986 doorstop, the 1,100-page 'It' is that it’s the one with the legendarily evil clown Pennywise, a vicious and supernatural abductor of children, you’re pretty much up to speed. The clown is the best thing about the book, which was the first in King’s glorious ’80s run (a span that included 'Firestarter', 'Cujo' and 'Pet Sematary') to show signs of slackening discipline. King had that one brilliant idea—who loves clowns, anyhow?—but his innocent Maine teens sure spent a lot of time running around getting nowhere.

Predictably, Andrés Muschietti’s lush-looking adaptation, while a marked improvement on the tedious 1990 TV miniseries, has the same shortcomings as King’s original material. Whenever 'It' is bringing the evil-clownness (and that’s often), it’s hair-raising and devilishly good. Glowering as an especially toothsome and chompy Pennywise, Bill Skarsgård supplies the slightest lisp to his chirpy line readings; he’s like a young child in his approach, making the violence all the more sudden. Muschietti, working from a much-finessed screenplay partly credited to Cary Fukunaga, has his whiteface jack-in-the-box jump out of sewer grates, doorways and even a garage’s slide projector screen. This is Hollywood throwing around big-budget horror money with panache; you’ll sweat buckets.

But even though our clown-busting heroes predate the sweet kids on 'Stranger Things' , they feel more generic. No performance here captures the adolescent longing that this story—essentially a coming-of-age tale—requires; only Sophia Lillis, playing the Molly Ringwald in an all-boys club of self-described losers, comes close to developing a distinct psychology (though her character’s deeply buried trauma has been sadly reduced). Predictable bouts with high school bullies who get their comeuppance, summertime bonding down by the water hole, awkward crushes: It all seems tired in our post–'Stand By Me' moment. You wait on tenterhooks for Pennywise’s next floating red balloon to cruise by. That’s not exactly how the concept is supposed to work, but at least the scares pop.