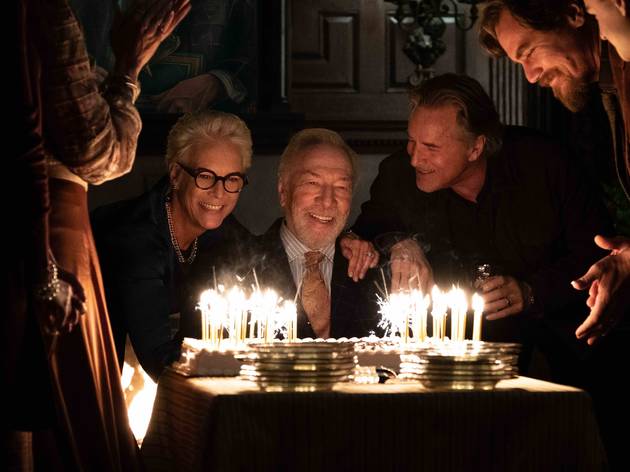 Director Rian Johnson has an oxygen problem. He sometimes leaves too little air in his highly lacquered, dialogue-heavy film contraptions for his characters to breathe. (This puts him in excellent company with the Coen brothers and Quentin Tarantino, all of whom have a problem getting out of the way of their own writerly showiness.) ‘Knives Out’, Johnson’s flashing, painfully clever Agatha Christie-inspired whodunit, is never less than a good time, often a deliriously fun one. But after Johnson’s majestic 2017 ‘Star Wars’ instalment, ‘The Last Jedi’ (an often quiet piece of subversion), he seems to have retreated into the quirk overload of ‘The Brothers Bloom’. He didn’t need to reclaim this territory.

Then again, Johnson can now attract a mind-blowing cast of deep-dish crazy, which is appealing in itself. You won’t find it hard to accept that catty Toni Collette, explosive Jamie Lee Curtis, bug-eyed Michael Shannon and bumbling Don Johnson are all part of the same clan, the moneyed descendants of bestselling mystery author Harlan Thrombey (Chistopher Plummer). That last one is no more, murdered in the night (but wildly alive in multiple nested flashbacks), and the family now squirms under police questioning in a chock-a-block Gothic mansion straight out of the board game Cluedo. Do not expect subtlety; it's the kind of movie that tells you the ‘game’s afoot’ twice.

Amid all the morphine injections and creeping around in creaky hallways, two elements come to prominence, charmingly so. The first is Bond-on-holiday Daniel Craig, who, unlike the cool-headed presence of Bruce Willis in Johnson’s ‘Looper’, seems to have been unleashed by his director’s nutty spirit. Craig plays ‘Knives Out’s celebrity detective Benoit Blanc, an orotund Southern-fried slice of ham. (In his own words, Blanc is a ‘respectful, quiet, passive observer… of the truth!‘) And second is a wholly unexpected strain of Trumpian comeuppance, as Harlan’s medical caretaker, Marta (‘Blade Runner 2049’s Ana de Armas), transitions from enduring casually lobbed racial slurs to possibly ending up with the upper hand. For a movie this crammed with chat, it’s the sight of Marta on a balcony high above all the others that will leave your audience cheering the loudest. Sometimes words aren't necessary. On the evidence of ‘Knives Out’, Johnson only half-believes this.